I figured I should see how it went as I am juding the national competition in Las Vegas on September 11-13.

I joined for just one day of the competition. I saw Shea at Elixir make a drink with black pepper, watermelon, honey, and Bombay Sapphire. 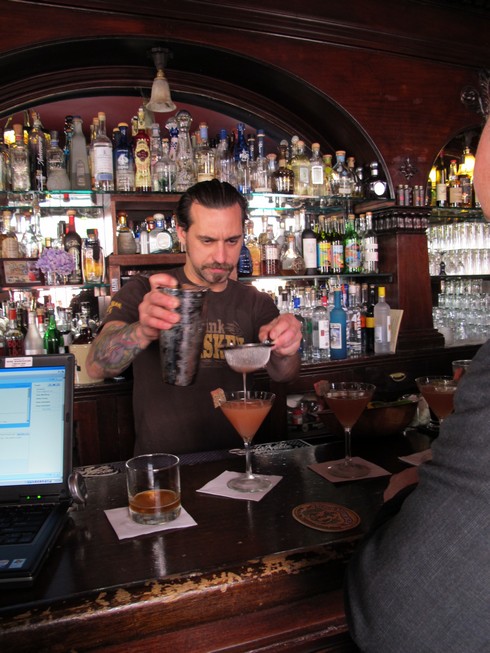 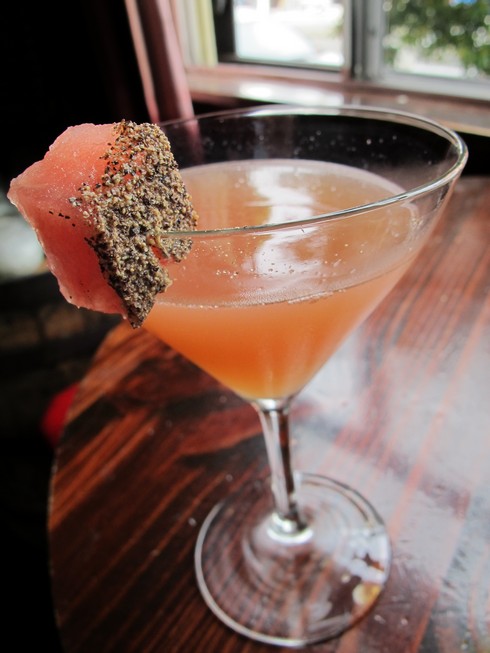 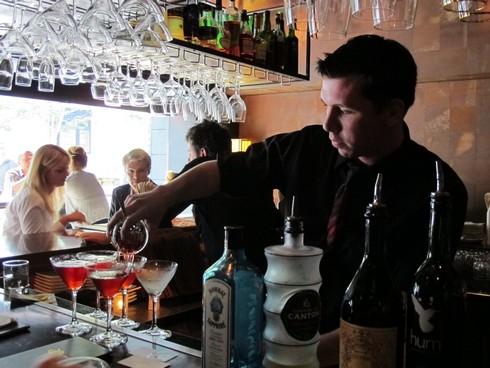 At Waterbar, Joe Wyre made a drink with gin, Lillet, St. Germain, gin, and lemon juice to pair with a giant platter of oysters. 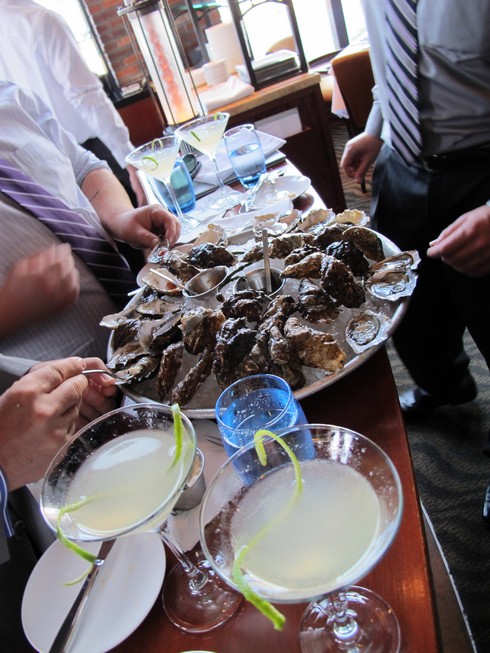 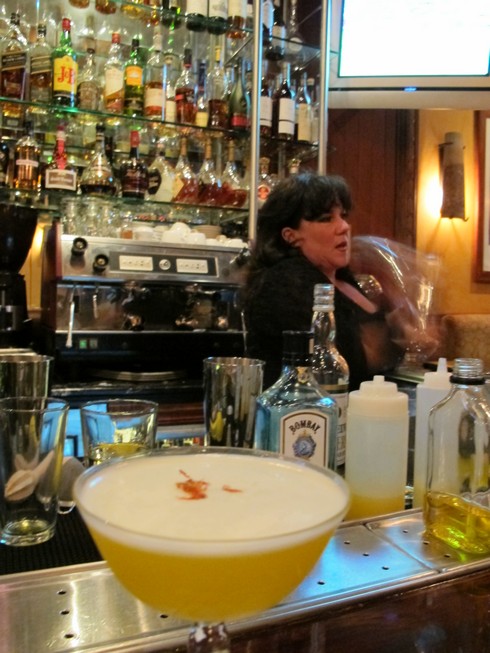 Brandon Reim at The Cafe made a drink with gin, maraschino liqueur, black cherry jam, gum syrup, and lemon; garnished with a thick slice of peel with orange blossom water in it to remove the egg white smell. 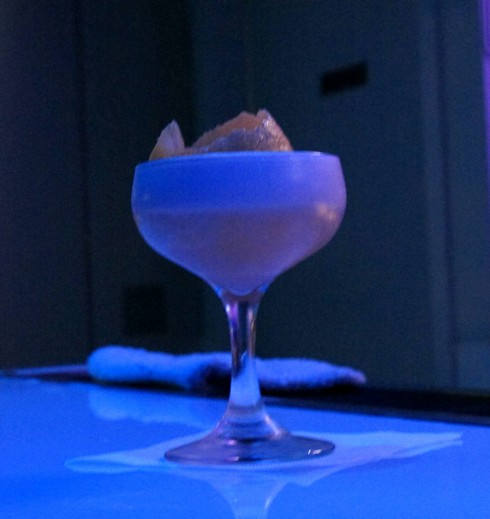 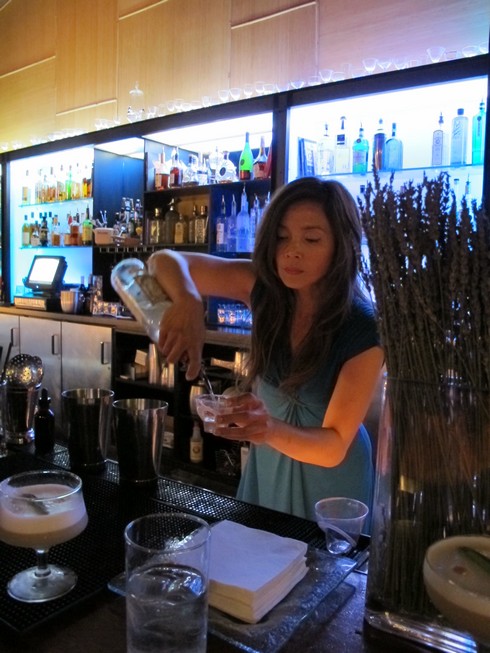 But none of these delicious drinks won the contest. Naturally, it was the bar/bartender they visited just before I joined them:

Brandon Clements from Spruce won the contest and will be representing San Francisco in the Bombay Sapphire and GQ Most Inspired Bartender Contest in Las Vegas in September.

Congratulations Brandon and see you in Vegas!

I had a chance to taste Brandon Reim's and it was amazing. I've always found gin to be a little too sharp for my taste, but if these other ones are even half as good, I'm a Bombay convert. Interesting that so many of these recipes call for egg whites. The only gin drink I make (a gin fizz) does as well.