How NOT to Dehydrate Campari

I figure, why not try the method that looks easiest first, even if it seems doomed to fail?

That's what I decided to do as an experiment in dehydrating liqueurs down to sugar: to see what happens when you cook Campari the fastest way possible to get all the liquid out. 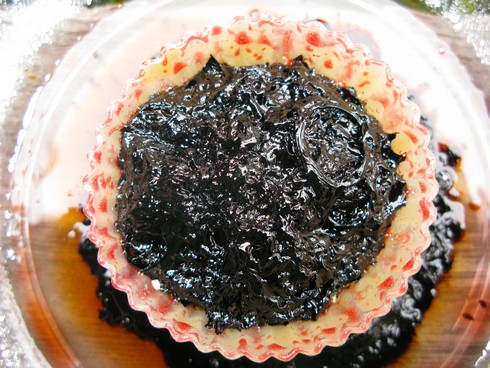 I put two ounces of Campari in a silicone cupcake cup and tossed it in the microwave. After 30 seconds it boiled over. First it came to a rapid boil, then turned to a real frothy boil. 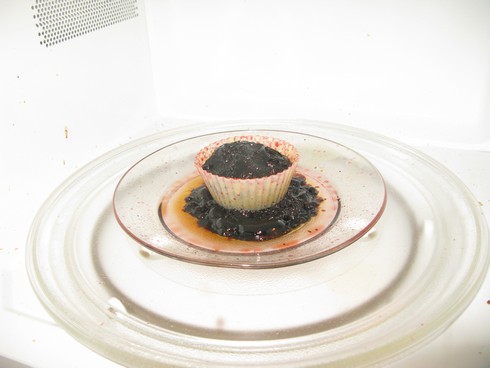 After the liquid evaporated more, the boil turned more gentle; around three and a half minutes in. But soon enough, at four minutes, came the smell of caramelizing/burning sugar.

At five minutes most of the liquid was gone, and then the sugar started blackening. The Campari turned black, puffed up, and started smoking. I had to open all the windows in my apartment to keep the fire alarm from going off.

A black crust formed where the red sugar was. After removing it from the microwave, it cooled quickly then I tried it. Surprisingly, it tastes just like a burnt marshmallow; just a little more molasses-y. There was no Campari taste to it at all.

In conclusion: That Didn't Work. 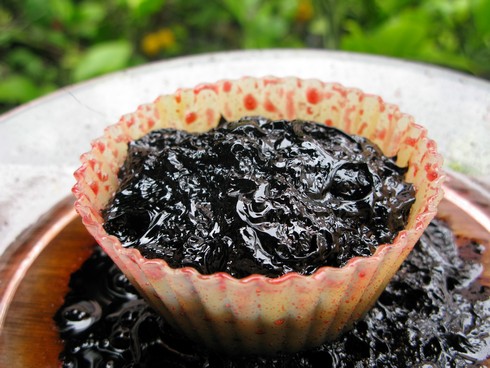 may I suggest a vegetable dehydrator?

Yep, that's one of the three ways I'm currently testing. It takes forever but it certainly workds. Will also try a gentler treatment in the microwave.

Evaporation under reduced pressure might be good also. Chemists do this all the time, using a device called a "rotovap" (rotary evaporator) - it spins the liquid inside a flask while the solvent (water, in this case) evaporates under reduced pressure. The low pressure boils it off at a much lower temperature - no caramelization.

How about repeating the experiment using low settings on your microwave or perhaps the lowest of them all -- defrost?

I was planning to do short bursts of heating but using the lowest setting is a great suggestion. Thanks Fred.

I think we can accomplish it without resorting to fancy equipment - I've been experimenting and it has been working. Then again, I've always wanted a rotovap...

How many ounces are you using at a time in a dehydrator? And are you just using a silicone cupcake container for this as well?

Next week I am going to get to the details of oven, microwave, and dehydrator. I've got two of the three figured out so far I think.