Sugar Spirit: What is Sugarcane?

In the Sugar Spirit project, we're going to look at sugar's history and production, but first we should establish what sugar and sugarcane are.

When we talk about sugar, we mean table sugar, or sucrose.

To chemists, sugar refers to a class of 'edible crystalline carbohydrates' that also includes fructose and lactose. But most of us aren't chemists so we won't use the word 'sucrose' so much as just 'sugar.'

Except for now: Sucrose occurs in all green plants. It is a plant food manufactured photosynthetically from carbon dioxide and water.

For table sugar, the plants harvested to make it are sugarcane and sugar beets. We'll get to sugar beets later. 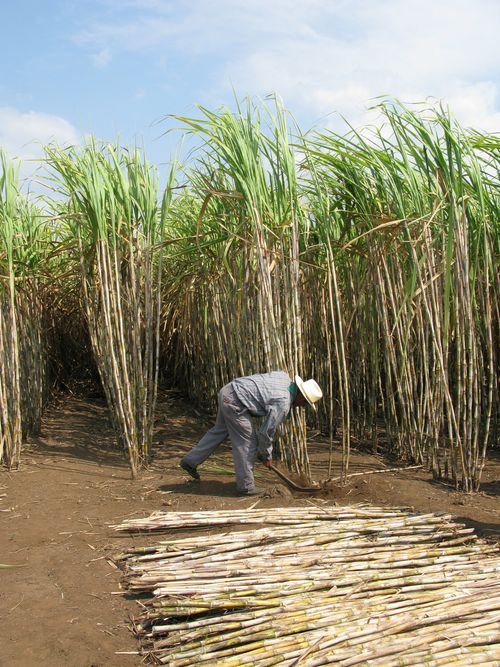 Sugarcane is a large grass of the family Gramineae. There are six known species.

The most widely grown is saccharum officinarum, which depending on your source is called “noble cane” or “sugar of the apothecaries.” Its stalks that grow as thick as two inches, and 12-15 feet high.

Sugarcane is a subtropical and tropical crop requiring large amount of water and labor. In farming, it is propagated asexually from cuttings of the stem. It becomes ripe in the dry season after anywhere from 6 to 18 months depending on the climate.

In the next post, we'll begin to look at the spread of sugarcane from the Indian Subcontinent to the rest of the world.