The other day I got a preview of Joel Teitelbaum's new menu at the Starlight Room atop the Sir Francis Drake hotel in San Francisco. The bar opens on Tuesday, September 6th. The full menu (preview version) is here. 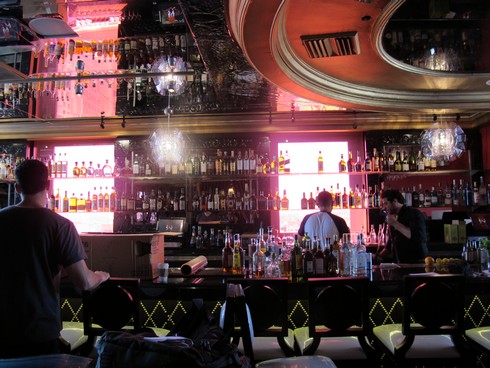 I think the room looks pretty much the same as it did, although the furniture is all new, the dancefloor has been updated, and the bar has been expanded. It's a lot of red booths and now more gold accents. 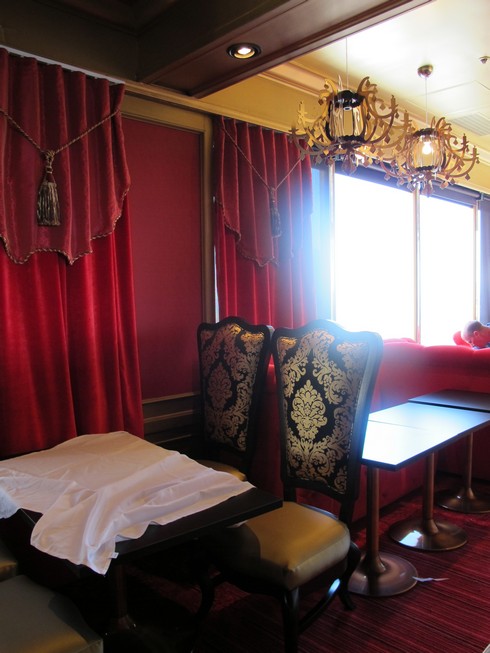 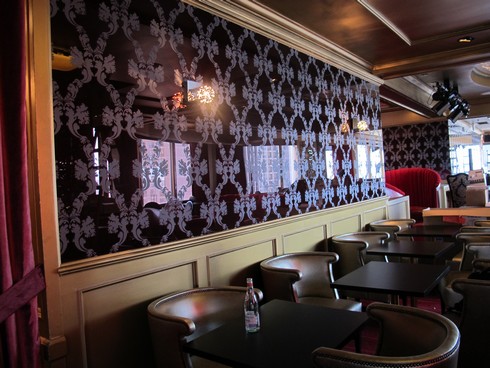 Though the drinks are grouped into time categories, they aren't terribly faithful to their eras. There is raspberry chamomile liqueur in a punch, red lychee tea in a crusta, and jalapeno-infused Chartreuse in the Prohibition section. No matter. The drinks are good. Let's go through them.

The Right Turn (Wild Turkey Rye whiskey, Amontillado Sherry, Benedictine, orange, raspberry) is full of chunks of oranges and raspberries, and tastes very sherry-forward but with a booze kick in it from the bourbon. 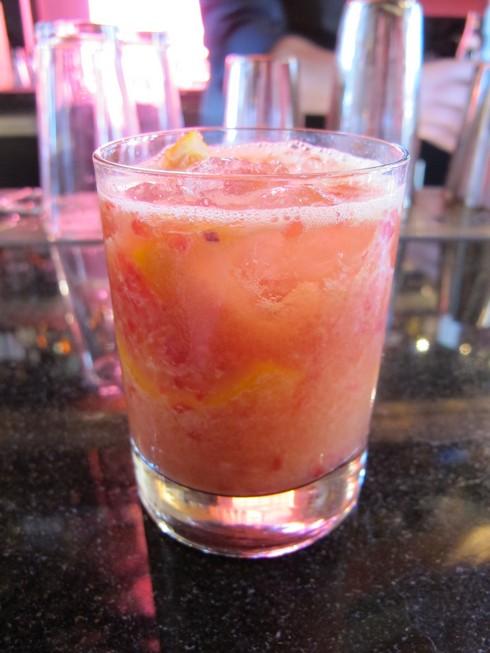 The Pisco Crusta (Encanto Pisco, red lychee tea, lime) is really bright and delicious - you could drink the whole thing in a few gulps. I suppose it's lucky it takes so long to peel the lemon spirals for each one, as that will slow you down a bit waiting for the next one. 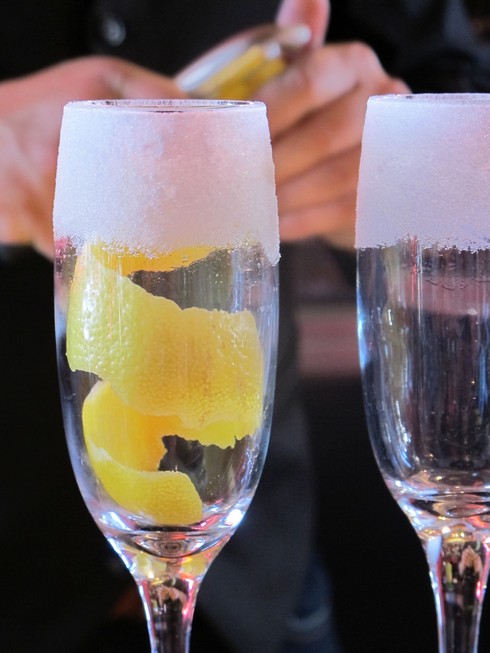 The Dutch Vice (Bols Genever, Le Compte Calvados, Mathilde Pear liqueur, lemon, egg white) looks like a fizz but Teitelbaum says it's more of a sour. He also says that genever and calvados make a great combination, and boy is he ever right about that.  The drink is on. 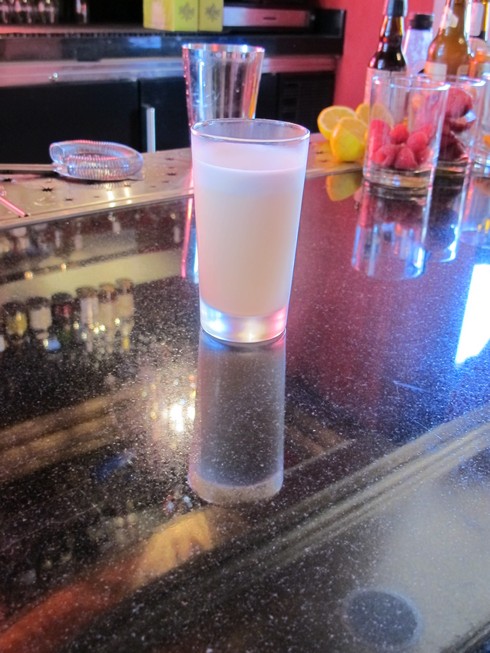 The Dimes Alliance (Matusalem White Rum, Smith & Cross, Batavia Arrack, lime, orange, pineapple and three bitters) is a ten-ingredient tiki-style drink; a play off the Montego Bay from Heaven's Dog, which is a play off a Charles Baker drink. It is, as expected, super boozy. 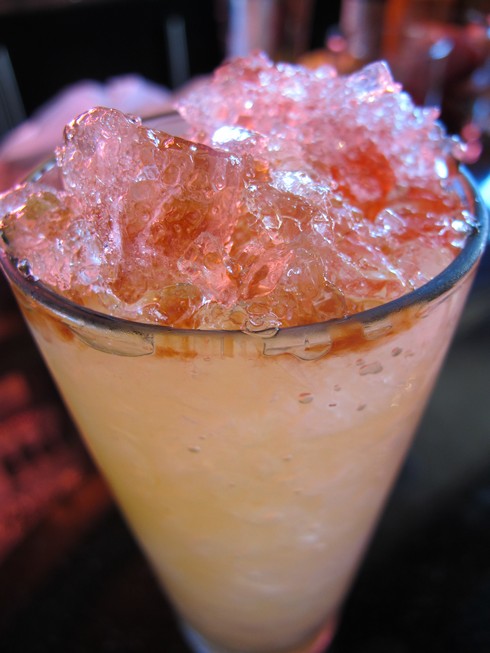 The Jalisco Cobbler (Herradura Reposado, strawberry, black pepper, lime, bitters) is going to be a huge seller if people have any sense. It has the unbeatable combination of tequila, strawberries, and black pepper. 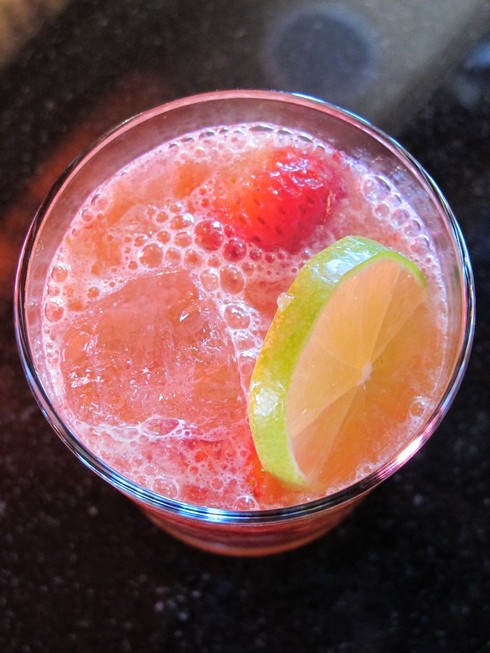 The Humos Locos (Vida Mezcal, Jalapeno Infused Green Chartreuse, lime, agave nectar) looks like it's going to kick your effing ays, and it smells like it will too, but after a sip it's really not all that mouth-blowing. A pleasant surprise. 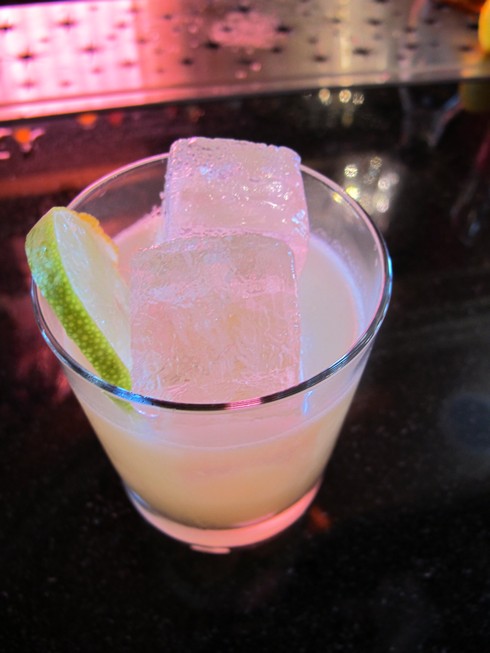 The Savoy Bounce (Bulleit Bourbon, St Germain Elderflower liqueur, Prosecco and lemon) is sure to be another crowd pleaser, tart and sweet and has that St. Germain-sparkling wine mix that always works. 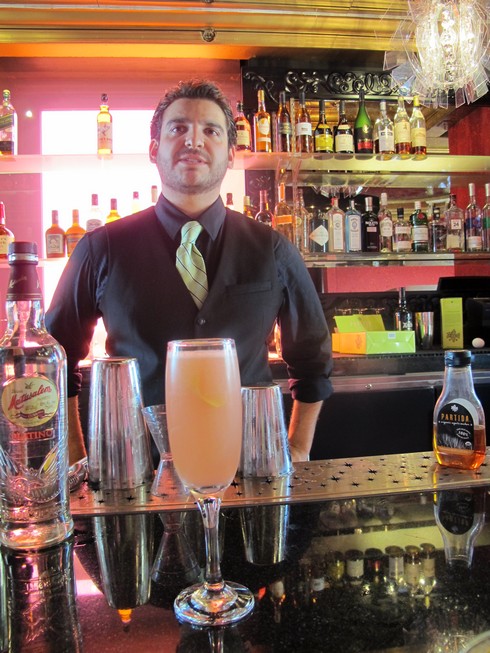 The High Flyer (Kubler Absinthe, Hibiscus Cordial, lemon, Bundaberg Peach Soda) uses a full ounce of absinthe in the drink, yet manages to taste amazing. Absinthe and hibiscus cordial work really well together (as do I think absinthe and any heavy red flavor like raspberry), and the peach soda gives it another juicy spin. This would probably be my last drink of the night on future visits. 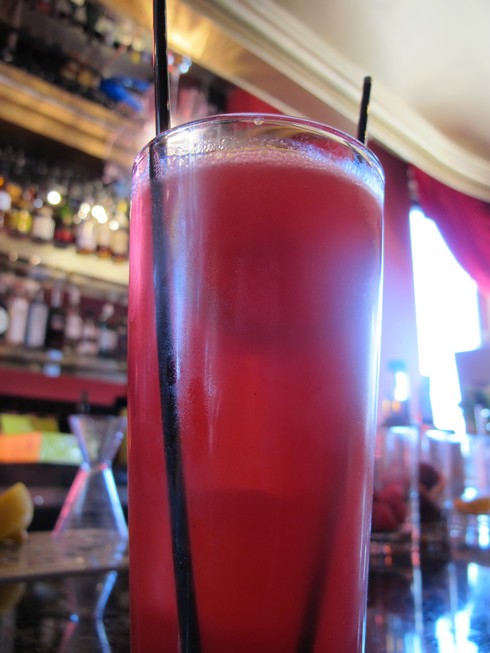 From my perspective, Teitelbaum has done a great job taking ingredients that look exotic and possibly daunting for some drinkers and making very accessible, delicious cocktails with them. It's the opposite strategy of bars where the menu lists a few innocuous-sounding ingredients and you get a huge amount of smoke or funk in the drink- sneak attack!

The drink menu at Starlight Room looks like a good combination of sophistication and drinkability. Now we'll just see how the crowd shapes up. 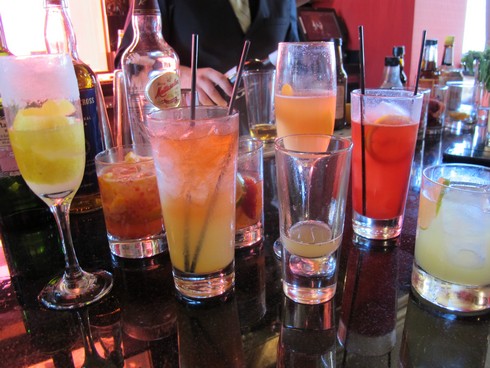 Very nice work Camper! Joel was definitely a fantastic bar manager to work for at Zero Zero and I'm super excited to see to see what else is in store at the Starlight Room! Cheers!

thank Goddess the space has been preserved. I was nervous..but, yes, a BEAUTIFUL job on the space!

If only I could get from alabama to there! Still there lots of inspiration to be had from those fabulous drinks. I'd love to visit, had I the dough.