Come to my Sherry Class in San Francisco!

On October 24th, I'll be teaching a class at Bourbon & Branch's Beverage Academy! This class was scheduled previously, but foolishly on a holiday weekend so we moved the date. Not only that, we lowered the price to sixty bucks. There is going to be some excellent sherry for sipping at this seminar. I hope you'll join me. 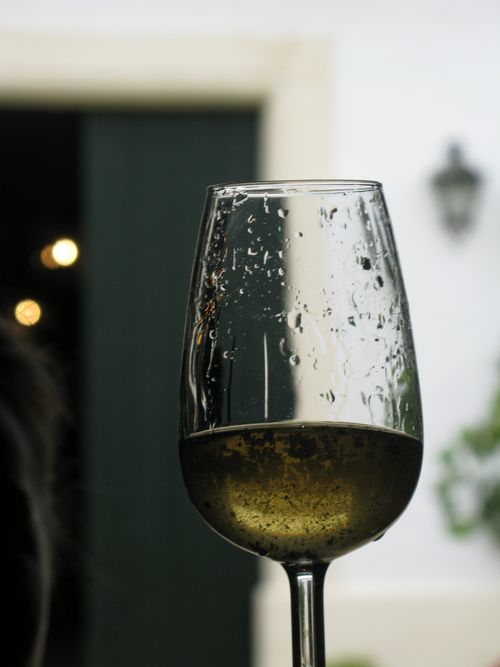 I'm really excited about it. Sherry is a big category of rather complex fortified wine, so I'll be busting out my PowerPoint ninja skills and a whole lot of tasting glasses. Here's the class description.

Sherry is wide category of fortified wine that’s due for a big comeback. Already bartenders have adopted itas favorite mixing ingredient in cocktails, and wine connoisseurs are giving it renewed attention.

Delicious as it is, sherry is no simple sipper: There are two sweet (Pedro Ximenez, muscatel) and five dry styles of sherry (fino, manzanilla, palo cortado, amontillado, oloroso); plus the dry sherries can be sweetened to create pale cream, medium, and cream styles. All are aged and blended in the famous solera system (in two very different ways) that gives sherry its unique flavor characteristics. Don’t worry, you’ll understand it all by the end of the class.

We’ll taste these styles of sherry and learn the amazing processes by which they’re made, learn how to drink it and where to buy it, and enjoy a sherry cocktail or two.

Camper English is a cocktail and spirits writer and educator who contributes to the San Francisco Chronicle, Los Angeles Times Magazine, Fine Cooking Magazine, and many other publications. He travels the world visiting distilleries, blending houses, and bodegas and shares it on his website Alcademics.com. He has visited bodegas in each of the three major sherry producing cities in Spain and written numerous articles on the topic.

The class starts at 7PM, lasts about two hours and costs $60. It is limited to 14 students. 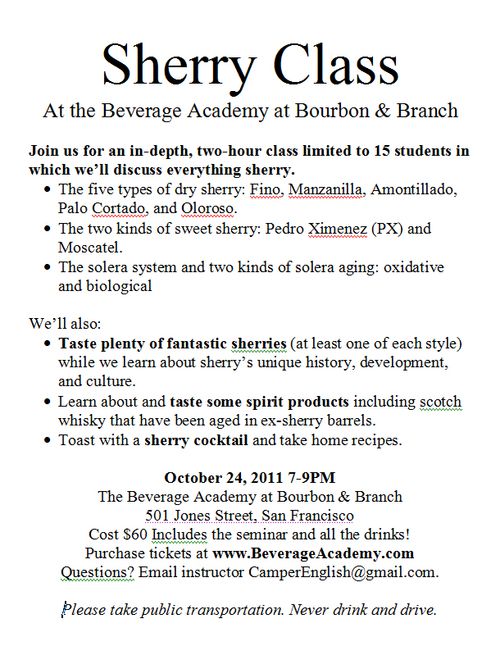