A Trip to Sweden with Purity Vodka

This summer I went to Sweden (twice this year!) with Purity vodka. Purity is located not far from Malmo, across the water from Copenhagen, in a building on the estate of Ellinge Castle. 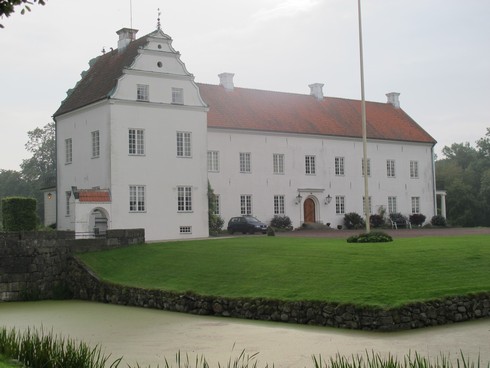 Now, Ellinge doesn't look like a typical castle, but there has been one in some form here since the early 14th century when the area belonged to Denmark. The building changed a lot over the years, but it still has a moat.

Currently the castle owners live in a big house also on the property, but rent out the castle itself for weddings and other events. I got to sleep there one night. I've never slept somewhere with a moat before, so that was awesome. 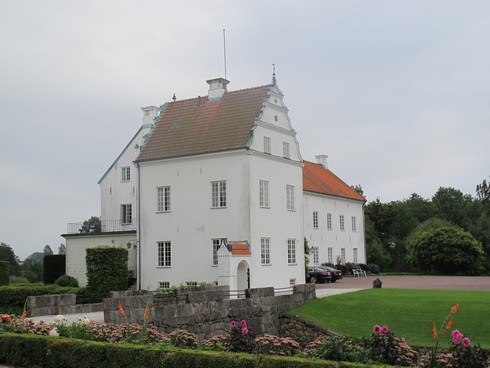 The castle is beautifully furnished with antiques and paintings, including one of Jesus turning water into wine at a dinner party. That's not the only connection the castle has to alchemy: there has always been a distillery on the property, as was commonplace in farming areas. (The farmlands around the castle grow things like wheat, barley, and rye, but they are not used in Purity because they're not certified organic.) 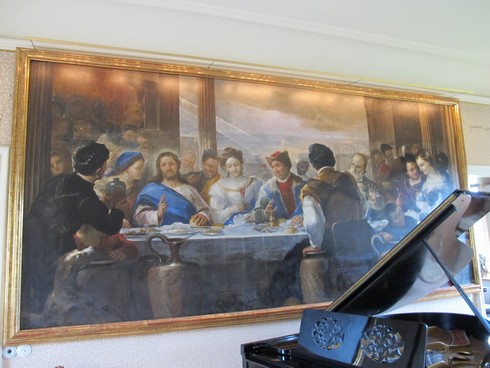 Purity is made in this little building just across the moat from the castle. It's a tiny building, but they only do one part of the process here. Purity is a blend of a neutral, column-distilled spirit with a flavorful house-distilled spirit, brought down to proof with a blend of natural mineral water and deionized water. At the distillery, they produce the custom distillate. The distillate made at the castle is a blend of wheat and barley, which is combined and fermented at a brewery near Copenhagen that is certified organic. Once that mash is brought here, the work begins.

The still has a pot still base with two columns attached. The distillate passes through the pot, then continues through the columns in a batch process. Each column has eight plates in it. At each plate the spirit passing through touches it and condenses. 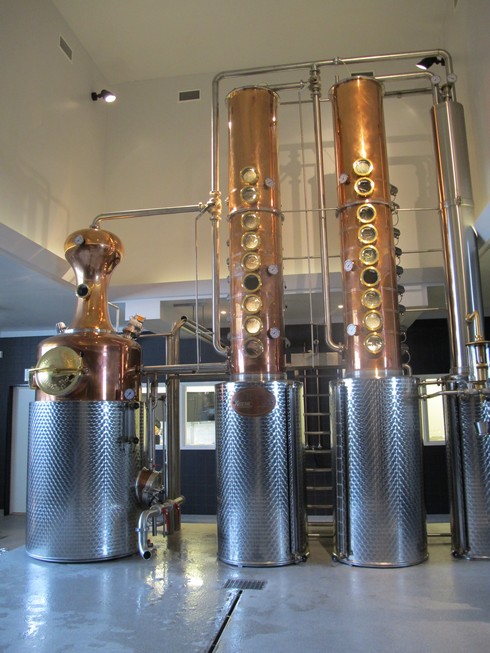 If my understanding of this still is correct, what makes it different from others is that 95 percent of the spirit that condenses at each plate doesn't drop down to the plate beneath it, but all the way down to the bottom of the column. They consider each plate a full distillation, so the pot, plus eight plates in each of the two columns is 17 distillations. They run this process twice, so they figure it as 34 distillations before they get the final spirit. 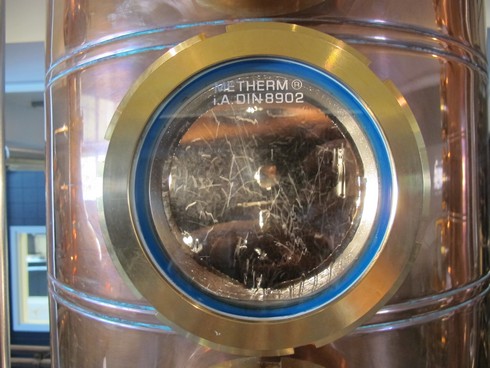 I don't place a lot of importance on advertised number of distillations (as opposed to the taste), but the math makes sense.

Speaking of taste, we tasted the core spirit that comes out of the still. It is incredibly flavorful, tasting of strawberry jam, bread dough, blueberry figs, and a finish that's all herbal and wintergreen. In the mouth, a spiciness leaps out. It's quite an amazing distillate, and once I tasted it on its own I can now taste all of that in the finished bottle of Purity. 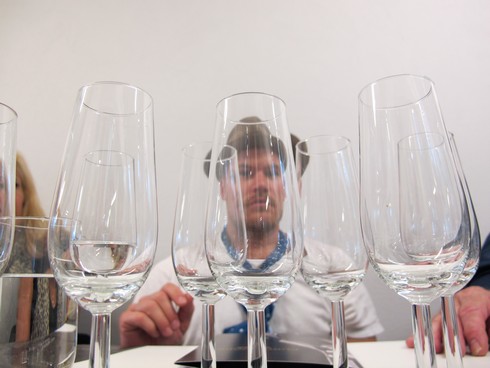 Purity also tastes and smells of minerals, and I suspect that is from the mineral water used to dilute it to proof. Blender Thomas Kuuttanen says that it reminds him of rain falling on brackish water, and I can totally see that.

In the process of developing Purity Kuuttanen tried to use all mineral water, but found some minerals came out of solution after bottling, and left a white ring around the neck of the bottle. His task was finding the right balance between mineral and de-ionized water so that this didn't happen. 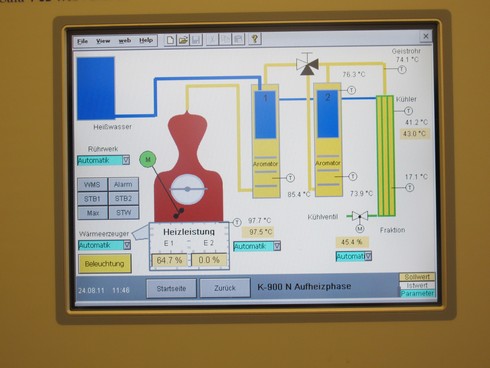 We were talking at the distillery about how rare it is to have more than one ingredient used in the mash of a vodka.  Purity uses wheat and barely. Reyka uses the same two ingredients. Hangar One blends grape distillate with neutral distillate (wheat I think).

Anyway, I'll be writing a lot more about Purity for the Tasting Panel magazine, so I'll be sure to link to those in the future.

Always like reading about Vodka. I hope to make a great one some day. It will be distilled under vacuum.