A Visit to the Cointreau Distillery in Angers, France

This October I visited the Cointreau distillery in Angers, France. Angers is located southwest of Paris, about equidistant from Paris and Bordeaux. 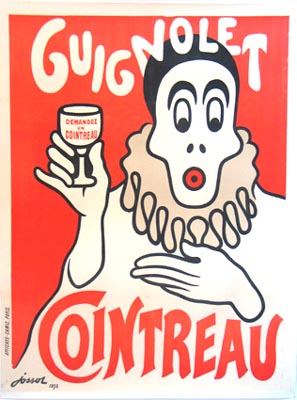 I hadn't realized, but Cointreau was not originally famous for orange liqueur, but for Guignolet, a cherry liqueur. Cherries were brought the region by King Rene', who lived at the Chateau D'Angers.

We visited this castle and its tapestry called The Apocalypse; the world's longest. 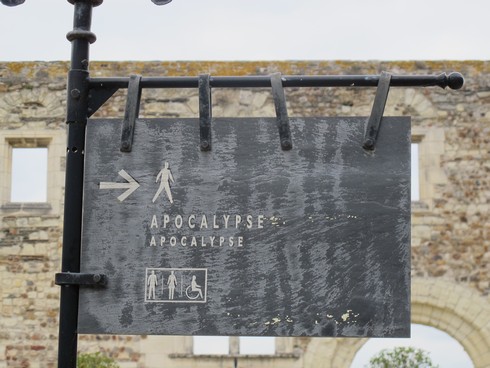 (This way to the Apocalypse!) 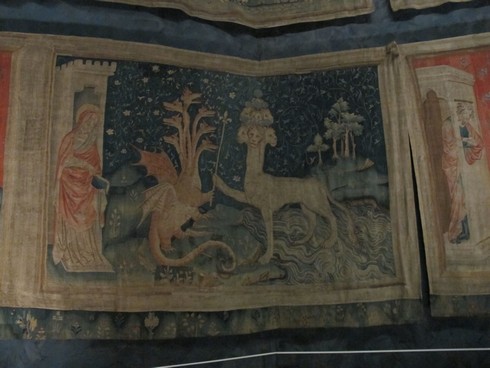 The original Cointreau distillery was located in downtown Angers, but has since relocated. We drove to the distillery. 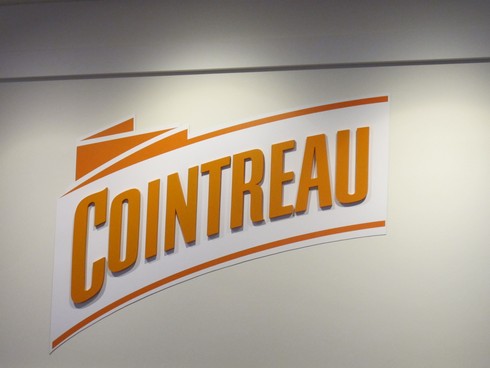 There, Alfred Cointreau explained the process. 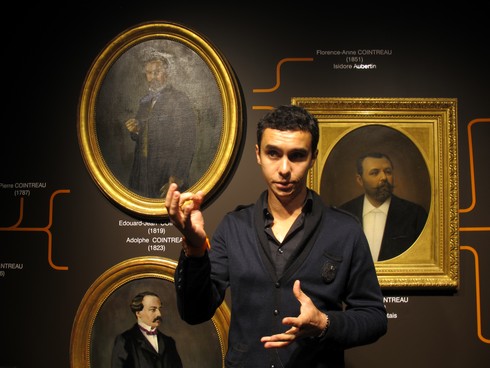 The Distillation of Cointreau

Bitter and sweet orange peels are purchased from Brazil, Africa, and Spain. The dried peels at a certain ratio, along with some fresh peels, 96 percent neutral sugar beet alcohol, and water, are placed into the stills. The peels sit on a plate in the stills to make them easier to remove after distillation. They macerate this mixture overnight before distilling.

The stills for the first distillation are shaped like water tanks, made of copper. 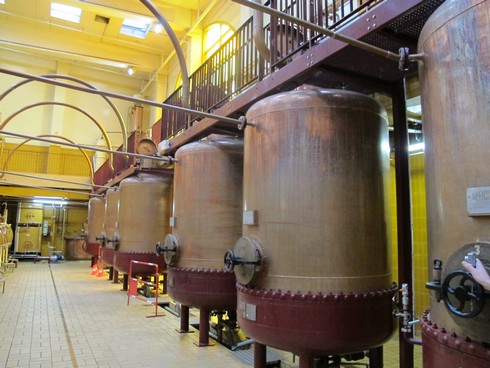 After the first distillation, the alcohol passes up and over the tall, curved lyne arm to the second still. 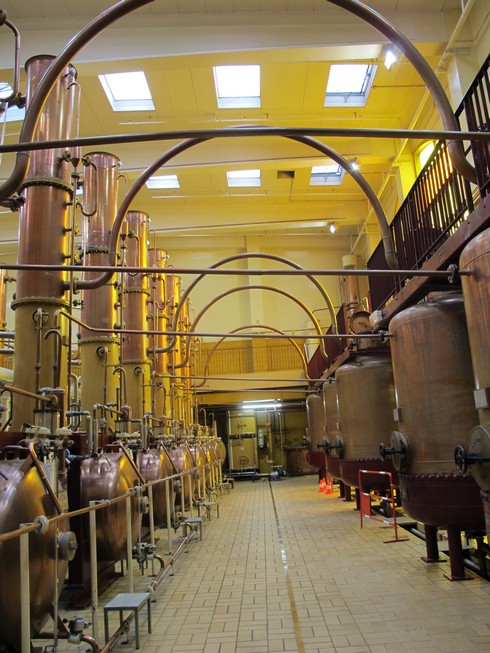 The second still is a column. 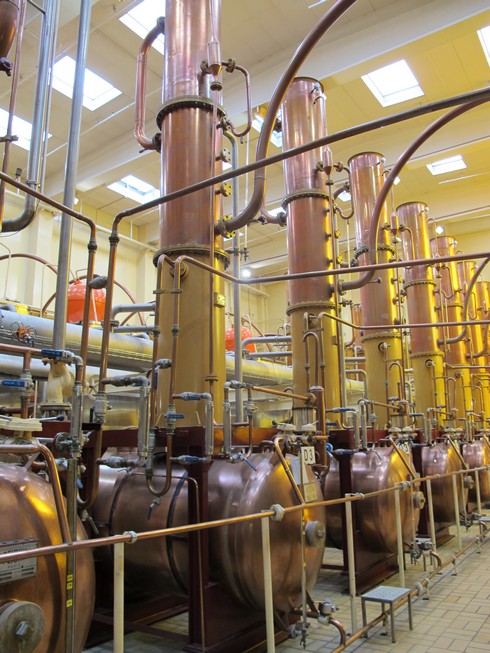 (The straight pipes going back to the first stills are a type of reflux.)

In this one room they make the world's supply of Cointreau- 15 million bottles annually.

Due to local restrictions, the Cointreau for Brazil and Argentina is distilled here as usual to make a concentrated Cointreau, but then diluted and sweetened with sugar cane alcohol and sugar cane sugar, while the rest of the world gets beet alcohol/sugar. It would be fun to compare the two to see if one could detect any differences.

We were then given a talk by Cointreau's Master Distiller Bernadette Langlais. Some information learned: 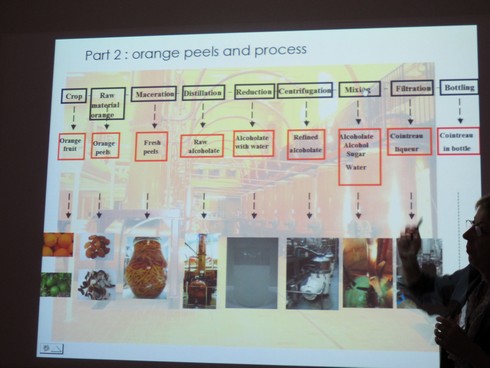 As mentioned previously, Cointreau originally produced cherry and many other liqueurs. (Today they still produce other products at the distillery but not under their name.) 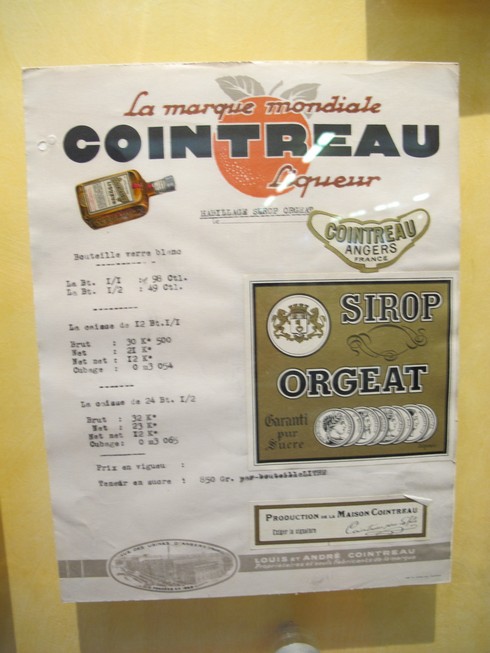 As mentioned in this post, the Dutch were the first to make Curacao using bitter oranges from that island. When the French became famous for their liqueurs, curacao evolved into triple sec.

Cointreau initially produced a product called curacao, and then a 'curacao triple sec' and then a 'triple sec."

Eventually many brands of triple sec came on the market. Cointreau's label used to have a big "Triple Sec" and a small "Cointreau" but later reversed their relative size. Today Cointreau doesn't even use 'triple sec' in its descriptor. 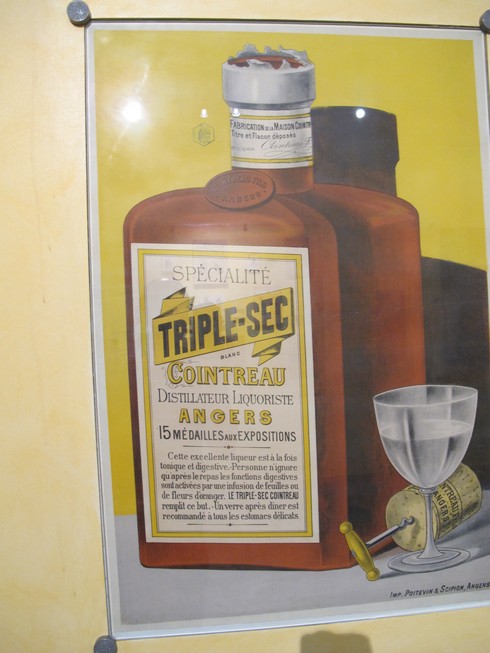 As we know, the 'sec' refers to the dry, or less sweetened style of liqueur. Their opinion about the word 'triple' (the two arguments being either triple distillation/triple refined, or three times as orangey) is three times as concentrated orange flavor. The company had also produced a 'triple creme de menthe' and other 'triple' products, which I think backs up this argument. 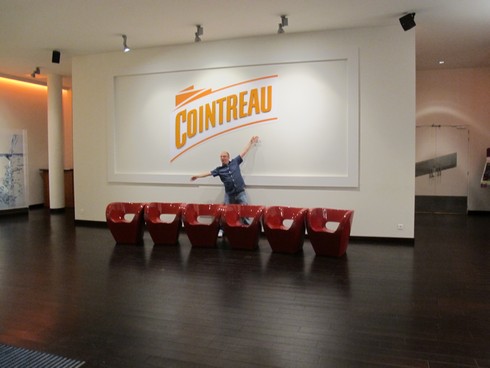 Very interesting! I'd love to go myself.

Hmm. Yeah I guess the centrifuge must be pulling out the heaviest parts of the oil. Can't think of what else it would be doing.