Book Review: America Walks Into A Bar by Christine Sismondo

I read the new book America Walks Into A Bar: A Spirited History of Taverns and Saloons, Speakeasies and Grog Shops by Christine Sismondo.

The book covers American history that took place in bars and our often-conflicted feelings about the bars themselves. 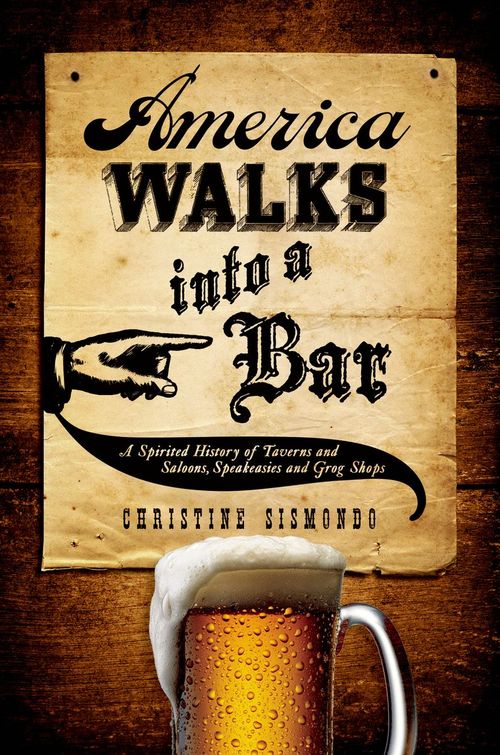 The stories begin with the Pilgrims and continues on through the Salem Witch Trials, American Revolution, machine politics, Civil War, racism and nativism and the Underground Railroad, political corruption, Carry Nation and the Anti-Saloon League and Prohibition, the women's liberation and gay liberation movements. She finds a bar involved in most important events in American history.

Also interesting is the discussion of the changing format of the bar through the years; from taverns, saloons, grog shops/groceries, hotel bars, fern bars, gay bars, and dive bars, and what each of these types of drinking establishments signified and to whom they catered. In the last chapter she even tackles the babies-in-bars controversy of last year in Brooklyn.

Along the way I picked up great information about saloon tokens, various methods attempted to try to shut down bars, how immigrants influenced our drinking culture and how people tried to close bars out of racism (and that the Anti-Saloon League and the KKK worked together), that all bars in Los Angeles before Prohibition were actually owned by breweries, that I most definitely must read John Barleycorn by Jack London, that slumming dates back to the Victorian age, that the Carousel Bar in the Monteleone was known as a gay bar, and so much more.

I found the history to be interesting if sometimes dry, the level of detail spectacular,  and the information on the changing bar formats and their ever-changing reputation fascinating. If you are interested in American history and bar history, this is your new favorite book.