Last night I helped judge the Auchentoshan Switch competition in Las Vegas. Nineteen bartenders competed for a chance to work with Tony Conigliaro at 69 Colebrooke Row in London for two weeks.

They'd submitted videos on YouTube and the top 19 finalists were chosen. 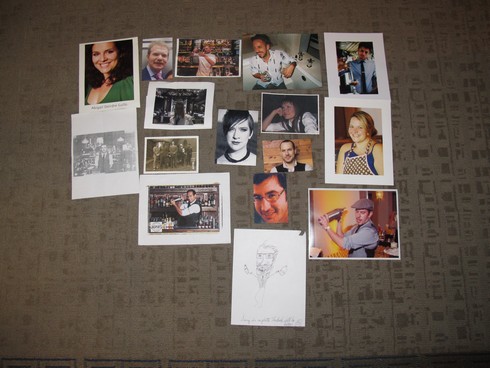 (Headshots of most of the bartenders. Note Charles Joly's hand-drawn entry.)

In Vegas, in the first round they had to prepare a signature drink with Auchentoshan Three Wood.

From those, we had to choose five bartenders to go to the next round. This was really tough to do - the drinks were nearly all amazing. The judges were able to pick our first four without too much arguing, but the choice of the last person was excruciating and each of us wanted a different bartender for different reasons. After a fairly angsty debate, we picked Charles Joly, Steve Schneider, Clinton Terry, Michael Flannery, and Abigail Gullo to go on. 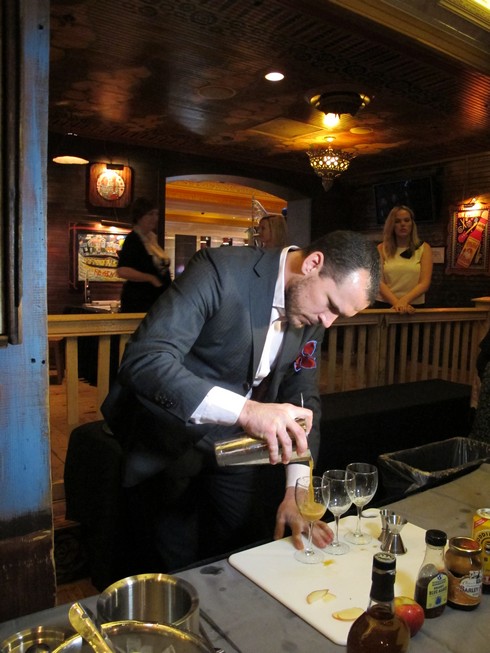 The next round was Iron Chef-style. From a mystery basket they had to use two ingredients in a cocktail. This round was also tough to judge! Four out of the five drinks were extraordinary and all showed a huge amount of skill. But choose we did: Charles Joly and Clinton Terry went on to the final round. 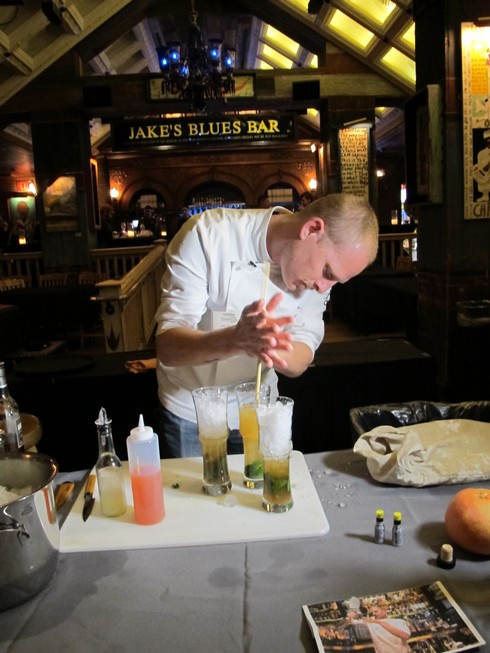 The final round was two bartenders giving a master class about Auchentoshan. They took different approaches: Clinton Terry focussed on tasting notes and Charles Joly focussed on production.

From this we picked the winner: Charles Joly! 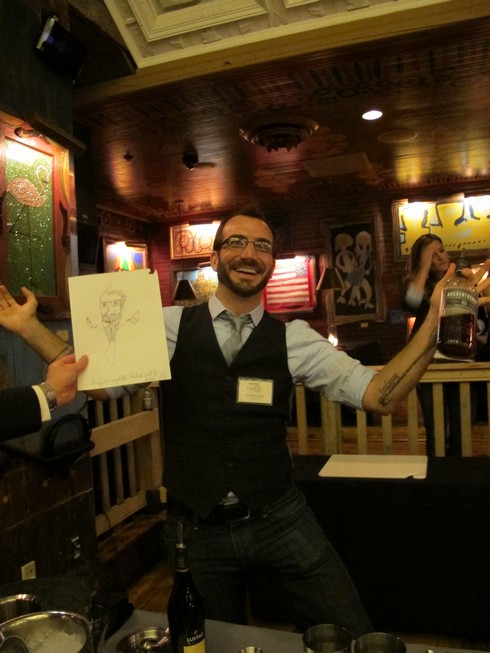 (Portrait of the artist as a contest winner.)

Man, that guy wins a lot of contests. Probably because he is *that good*. Congratulations to Charles Joly for winning and congratulations everybody else for making this the most difficult cocktail competition I've ever had to judge.

I'm glad to have been able to find the results - I thought they would have posted them on their website, but nope...