Poor Red's BBQ in the California gold country is famous for the Golden Cadillac, a cocktail created in 1952. Next year will be the drink's 60th birthday.

It's a combination of Galliano, creme de cacao, and cream, thrown into a blender.

Poor Red's sells them by the thousands. 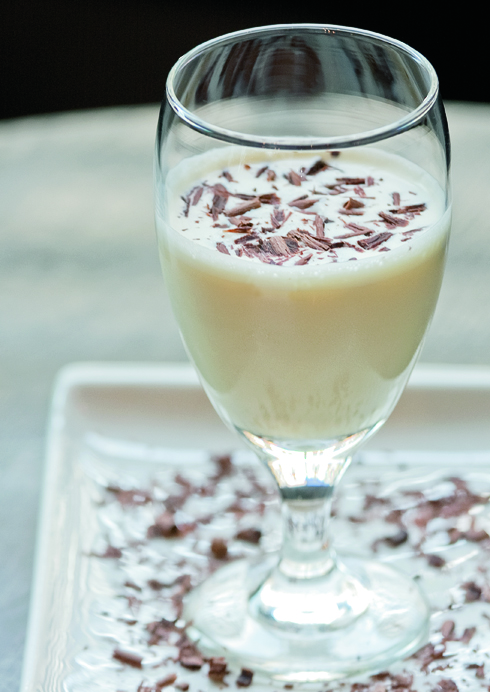 (They don't look this fancy at Poor Red's. Image courtesy of Galliano.)

As you might imagine, it's not the most... nuanced drink in the world but should you find yourself in El Dorado (located between Sacramento and South Lake Tahoe) it's one of those when-in-Rome cocktails.

Here's some history of the drink.

In El Dorado, California exists a bar known as Poor Red’s. Originally constructed as a weigh station for Wells Fargo, it previously operated under the name Kelly’s Bar from 1927 until 1945. Poor Red won the bar in a game of dice, and he and his wife and bookkeeper Rich Opal took it over then.

The murals currently on the walls of Poor Red’s were installed in the 40s. They are all former employees and patrons, including the dog which used to sit out front. It is rumored his dog ran for office, but he lost.

People come from all over California to enjoy 2 things at Poor Red’s: great barbeque and their famous Golden Cadillac cocktails.

Sometime in 1951 or 52, a woman and her new fiancé came into Poor Red’s. To celebrate their engagement they decided their very own cocktail should be created in their honor. The couple and long-time bartender Frank Klein decided it should be created to match their newly purchased golden Cadillac. Several recipes were tried, butt he final concoction is still known worldwide as the Golden Cadillac: a cocktail whose success has been credited to the unmatched quality of Bols Crème de Cacao, the clean mountain water that makes up the ice, decades old metal blenders, the perfect measure of half and half, and of course – the unique flavors and golden color of Galliano L’Autentico.

Since this was written the bar has narrowed its creation date to 1952. 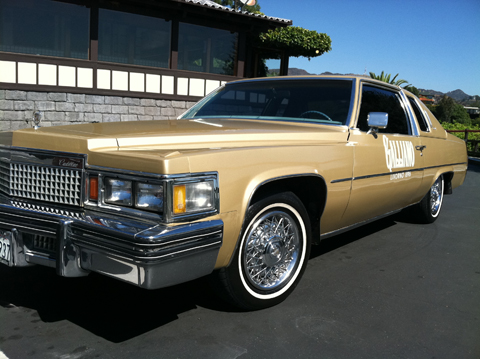 And if you're not in the area any time soon, here is the recipe.

Shake the ingredients and double strain through a sieve into a small wine glass. Place on a white tray and grate with dark chocolate.

This is MY wilfs 60th and guuss what ,wee were groud up on HWY49 asss you can see yee now be in da state of MT ...Ifen you wood like too know how long wees in GOlD cuontry yal can EEEE mail USEN at hamspeec@hot mail.com IMA razen Pigs At thisen time, HAPPY 60TH POR RED THANTHS FOR OVER THITHERTY YEARES OF LOSE OF MEMMERY!!!JOHN BOY WALTEN....

The bartender who created the Golden Cadillac was my grandfather, and his last name is spelled Cline, not Klein. It is an amazing drink!

At Poor Red's they don t shake it, they mix it in a blender. They don't "double strain" it either. They just dump it into a glass (no chocolate shavings) and slam it on the bar in front of the customer.

Ladies and Gentlemen!
I have been at Poor Red'S three times and enjoyed the best Cocktail i ever had!!!
Thanks to my friend Howard DeSart!!!
Franz from Tirol, Austria :-)