Last week I finally made it to the Hotsy Totsy Club in the East Bay. I've been hearing a lot about this bar mostly from its (mostly female) bartenders who've been kicking butt in cocktail competitions in San Francisco. 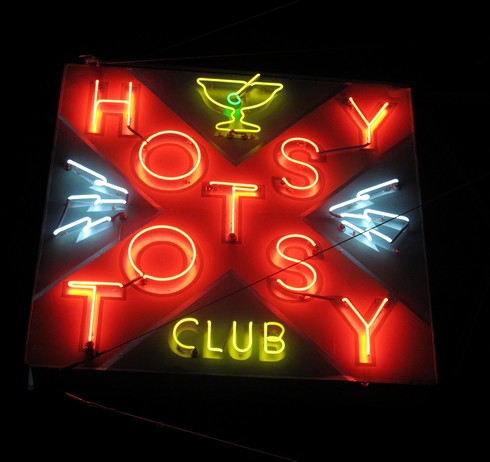 The bar has been around since 1939 but looks shiny and new with a pressed tin ceiling and great colored lighting. It's just one small room with a bar on one side and tall communal tables in front of it. There's a tabletop shuffleboard game and a jukebox that plays 45s. The selection was pretty random, playing punk rock and disco. 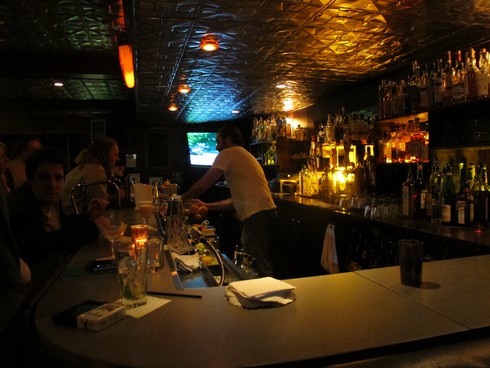 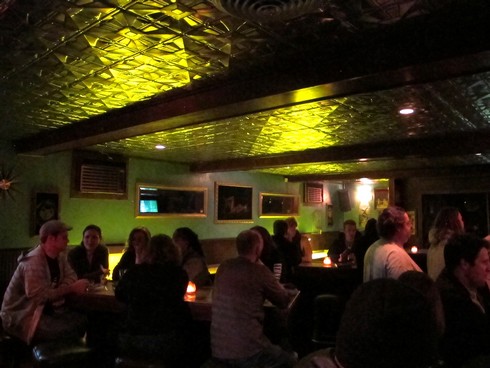 Of the four bars I visited on a Wednesday after New Years the Hotsy Totsy was by far the busiest. The crowd was young and casual-hip (Fernet hoodies) and I'm glad there are smoking laws as you get the impression that it would be an impenetrable cloud in there. 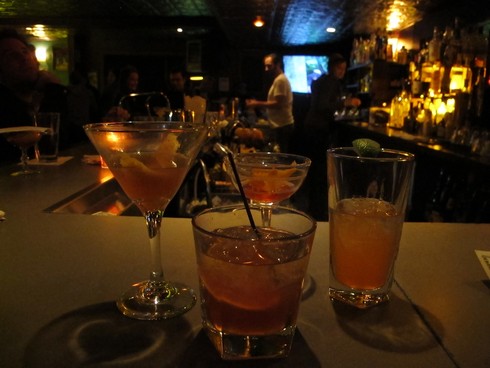 The drink program is progressive- they have Kold Draft ice, a bottled cocktail, cinnamon-infused vermouth, and a secret eggnog recipe. 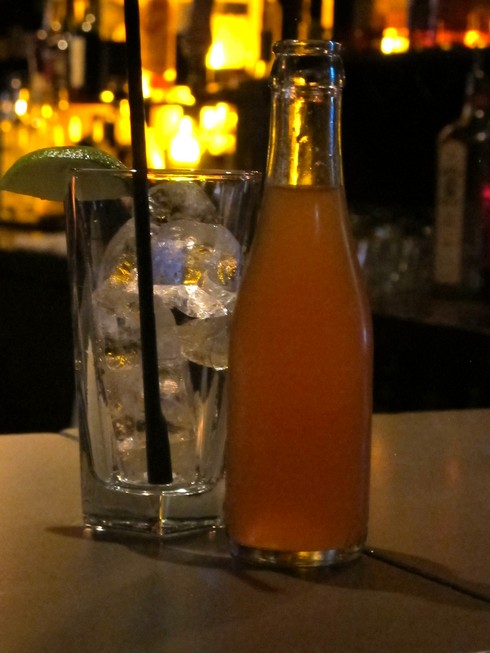 I'm not sure how it all came together out in the East Bay, but Hotsy Totsy is a special place to make stubborn urbanites like me a *little* bit jealous that we don't live nearby. 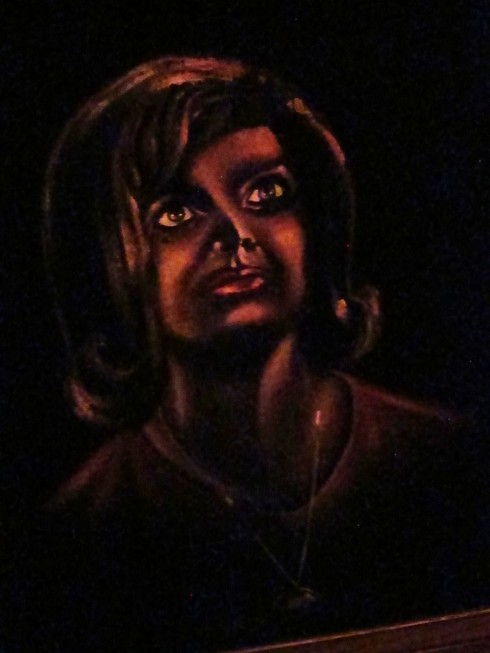