In this Sunday's San Francisco Chronicle, I have a story on the fast-rising number of cocktail bars in Oakland, Berkeley, Albany, Walnut Creek, and other cities across the Bay.

Two years ago, it was possible to count the great cocktail bars in the East Bay on one hand. Now it's a challenge to keep track of them all.

Since the fall, Prizefighter and Honor Bar have opened in Emeryville, the New Easy and the Night Light opened in Oakland, and cocktail-forward restaurants have sprung up all over.

These join existing spots like Oakland's Flora and Dogwood and Albany's Hotsy Totsy Club in a newly burgeoning scene on the sunny side of the bay.

"I think critical mass is being achieved," says Alex Smith, bar manager at Honor Bar. "There's definitely something going on in the East Bay and it's definitely cool. I'm glad to be a part of it."

Read the rest of the story here. 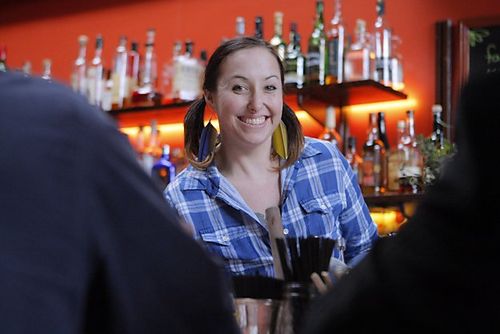