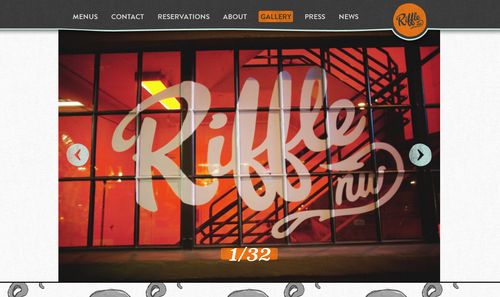 From the press release:

The cocktail program celebrates un-aged spirits such as vodkas, agaves, and rums, but offers the full range of premium spirits. The bar will always offer both a wine and a cocktail on tap, along with select craft beer and hard cider. Shenaut's cocktail menu was created with dining in mind, organized by sections that correspond to the progression of a dinner, from light and refreshing to fuller and richer.

A world-class ice program is a centerpiece at Riffle NW - Norris bought a Clinebell ice machine - the first of its kind in a Portland restaurant - which produces two 300-pound blocks of pristine crystal clear ice per harvest. Every day, Shenaut and Norris custom-cut perfect ice for each type of cocktail, using hand and power tools (chainsaw and all). The kitchen also benefits from the serious ice program, with freshly chipped ice for the raw bar and hand-fashioned ice serving plates for certain appetizers and cocktails.

The bar's first cocktail on tap is the Chrysanthemum. The rest of the menu is below.