This spring I visited the George Dickel distillery, located in Cascade Hollow, Tennessee.

Dickel and Jack Daniel's are the two defining Tennessee whiskies: both employ the "Lincoln County Process" of running the new spirit through 10+ feet of charcoal before it is aged. Contrary to popular belief, this is not a requirement of Tennessee whisky, as Tennessee whisky is not its own category by US law. By putting "Tennessee" on the label it must be made in Tennessee, but beyond that Dickel and Daniel's meet all the requirements for bourbon.

In 1870, George Dickel founded the distillery, originally called Cascade Whisky, and it was renamed by his wife after Dickel died. Prohibition came early to Tennessee, so in 1911 the distillery moved to Kentucky, then closed during national Prohibition. Twenty years after Prohibition the distillery was rebuilt about half a mile from its original location. 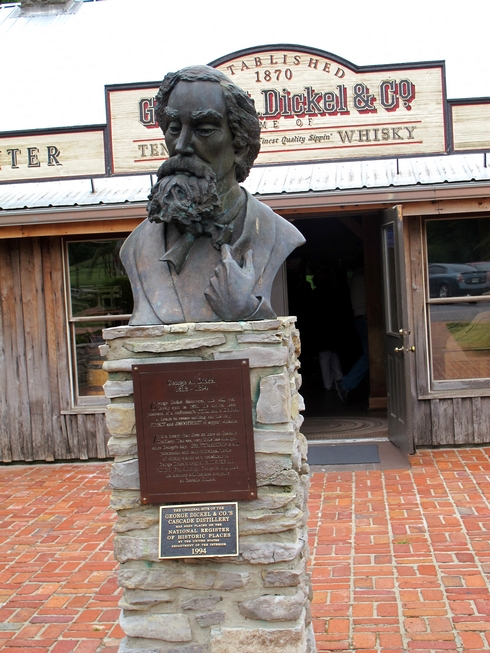 The mashbill for Dickel bourbon is 84% corn, 8% rye, and 8% malted barley. All bourbon uses a majority of corn, malted barley to aid in fermentation, and a minority of either wheat or rye. At Dickel it is a pretty high percentage of corn for a sweeter tasting whiskey.

Most of the corn used for George Dickel is local, and the rye and barley comes from North Dakota. They distill here four days each week currently, so they have the capacity to make a lot more bourbon than they currently do.

The grains, which are cooked to make them easier to ferment, ferment with yeast for three or four days before they are distilled. The still is 42 inches in diameter and is three storeys tall. In a column still, the fermented mash (the grain solids and the liquids, unlike in scotch whisky where only the liquids are distilled) goes in near the top of the column. During distillation the alcohol comes out the top of the still and everything else goes out the bottom. 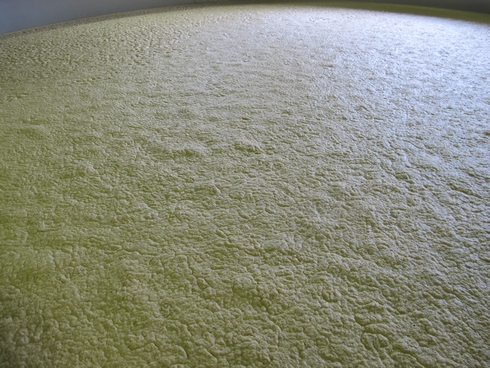 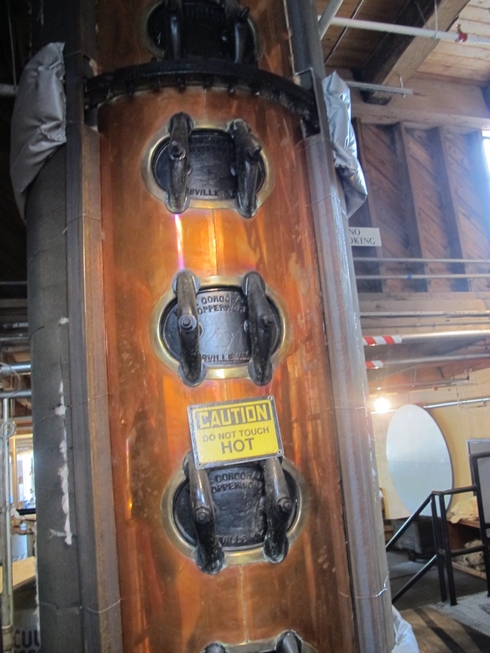 Originally Dickel distilled whiskey in the winter as they said it tasted best then. To mock that, the newly-distilled whisky is chilled to 40 degrees Fahrenheit before it is added to vats of sugar maple charcoal for the Lincoln County Process.

While at Jack Daniel's the whiskey is continuously dripped through a huge vat of charcoal and collected at the bottom, at Dickel the chilled distillate fills up the tank with the charcoal and sits together for about a week before it is drained. They have to refill the charcoal in each vat every 12-18 months.

The first distillation reaches 115 proof. The second distillation brings it up to 135 proof (160 is the legal limit). Though they can put whiskey in the barrel at up to 125 proof, at Dickel they store it at 115. The whiskey is aged in new American oak barrels with a char #4 on the staves and char #2 on the barrel heads. 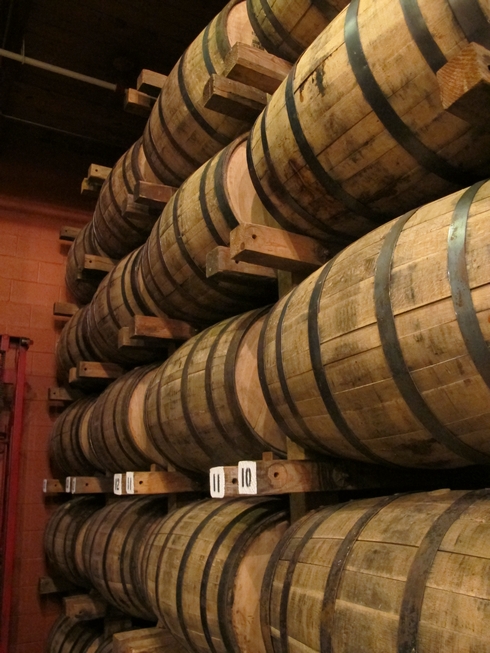 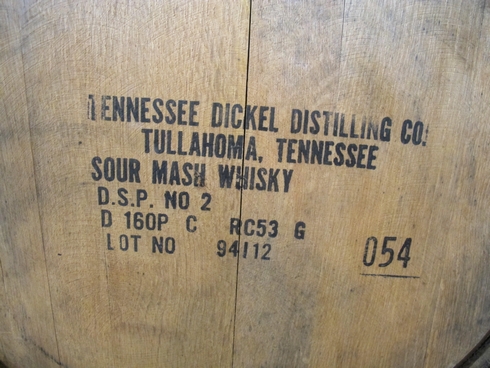 As is common in American whiskey, the barrel warehouses (rickhouses) are not located right at the distillery, but are scattered about the hilltops nearby. This way they can take advantage of the cooling winds that blow through. Dickel has about 150,000 barrels of whiskey aging today.

Dickels rickhouses are all one storey structures. (Four Roses also uses one storey rickhouses but six storeys is the norm.) With one storey warehouses, there is less temperature differential between barrels aging at the top of the warehouse (those will be the hottest and get the most wood influence the fastest) and the bottom of the warehouse (where whiskey ages relatively slowly).

The angel's share, the amount of alcohol that evaporates from the barrels during storage, is 5 percent the first year and 3 percent each year after.

After aging, the whiskey is run though a paper filter to remove any charcoal bits before bottling. 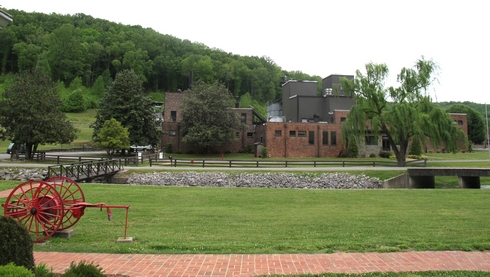 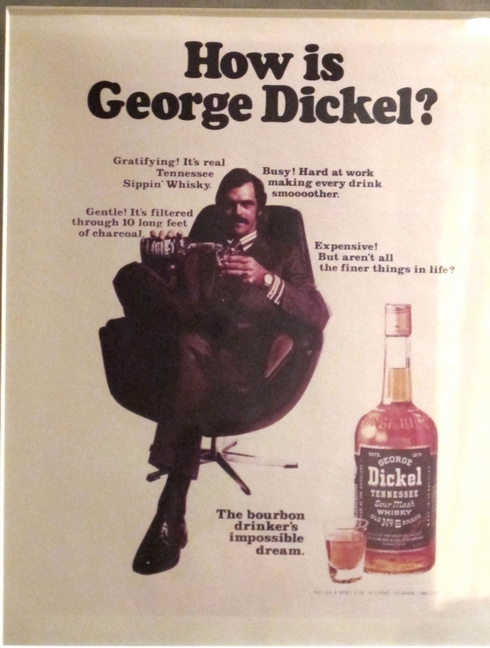 Last year 17,000 visitors came through the distillery. The tour is free, but unfortunately there is no whiskey tasting as part of it. Visitors can buy bottles but can't drink them on site. For more information, visit Dickel.com.