I attended an awesome seminar on blue drinks at Tales of the Cocktail this weekend, lead by Sebastian Reaburn, Jacob Briars, and Phil Duff.

Then I wrote a piece about it for Details.com, the website of Details magazine. It's my first story for the website. 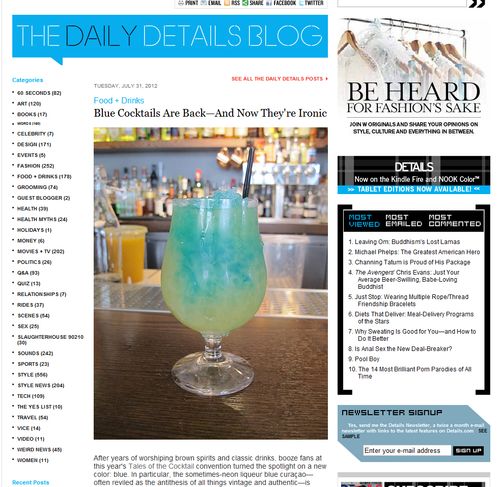 I learned a lot more in the seminar than is in the story, which is more of a trend piece.

Anyway, I hope you enjoy the story on Details.com!