This spring I visited 8 American whiskey distilleries, including Heaven Hill.

Heaven Hill makes whisky brands Evan Williams (the second largest bourbon after Jim Beam), Elijah Craig, Bernheim Wheat Whiskey, Old Fitzgerald, Rittenhouse Rye, and Georgia Moon Corn Whiskey, plus they make and/or own Burnett's vodka, Hypnotiq, Lunazul tequila, and many other brands. They are the only company that makes all of  bourbon, rye, corn whiskey, and wheat whiskey. They have nearly 1 million barrels in storage. 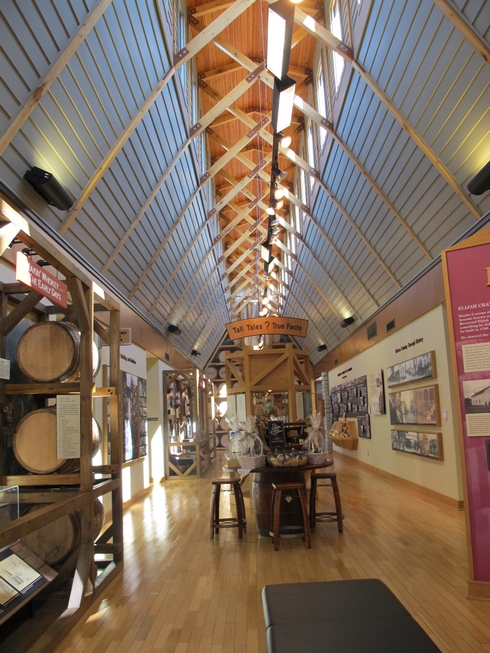 For three generations, master distillers at Heaven Hill have been descendants of Jim Beam. 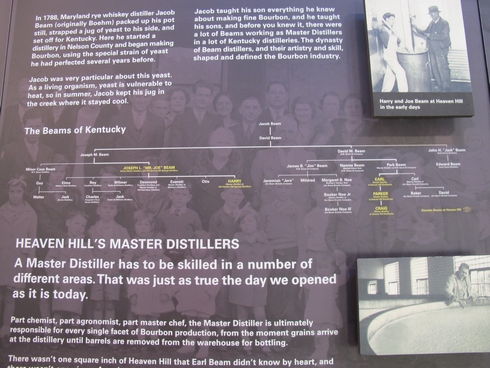 We visited one of the warehouses - actually the rickhouse in which several "whisky of the year"s have aged. It is seven floors tall and we walked to the top for the view. Most of those "best whiskies" were aged on the top floor here. 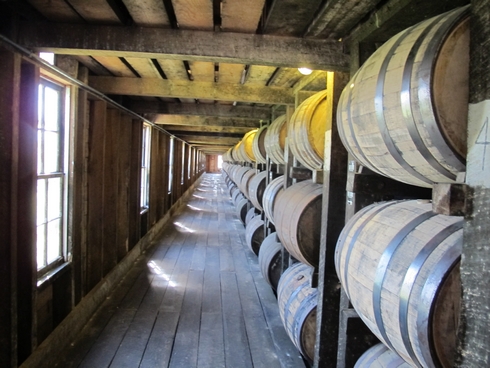 Our guide pointed out where the distillery was that burned down. For all their bourbons, they use a single mashbill. (They didn't give out the specific numbers but said it's about 70% corn and 10% each rye and malted barley. Update: see the comments for specifics.) Between all the brands, age and proof are the only differences; not the recipe. When they distill a spirit and put it into a barrel, it's not designated to be a specific brand - they pull barrels as needed to make specific flavor profiles of their products. 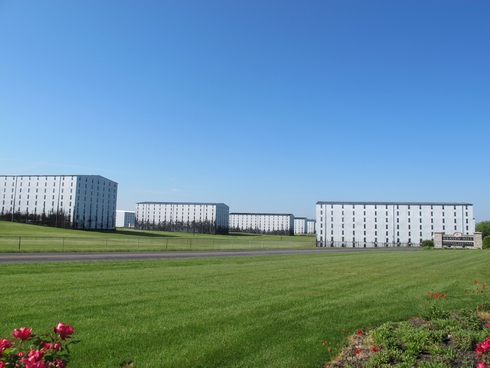 The Bourbon Heritage Center opened in 2004, and still looks shiny and new. Inside, you get the typical displays of bourbon history and the history of the company, plus there is a cool round bar tasting room inside.

There are several tours available - mini tour inside the visitors' center, an 1.5 hour tour that visits a rickhouse as I did, a trolley tour around downtown Bardstown, and a 3 hour "Behind the Scenes" tour. More information about visiting Heaven Hill is here.

They actually use the same mash bill for ALMOST all of their bourbons. Old Fitzgerald is a wheated bourbon.