Alcademics reader Warren sent in snaps of the cocktail menu aboard Princess Cruises.

These menus from 2016 are from the Regal Princess. Warren says, "There are a number of bars onboard with their own menus and a general menu. All bars seem to be able to make drinks off the general menu. Most bartenders can only follow the formula with heavy use of mixes. There are some good bartenders though, who seemed to welcome making classics and other drinks for me."

Here is the main menu: 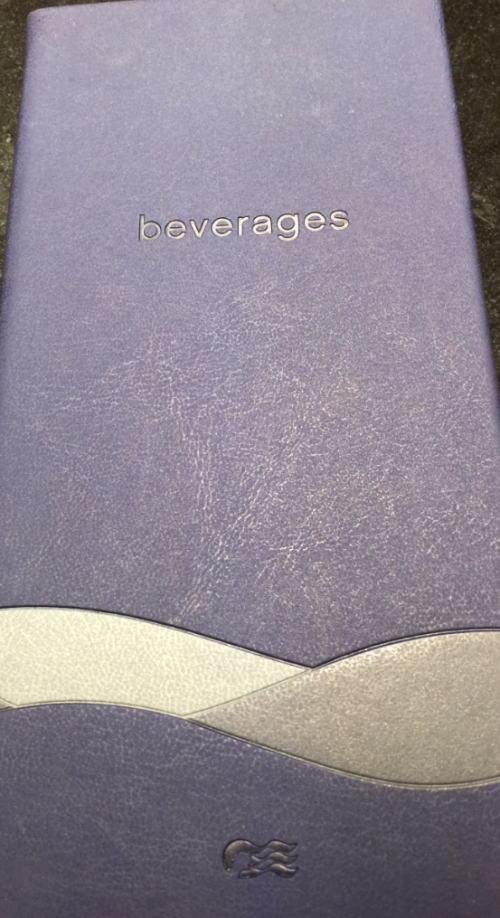 First is Crooner's the martini bar. "As expected lots of vodka martinis and sweet drinks." 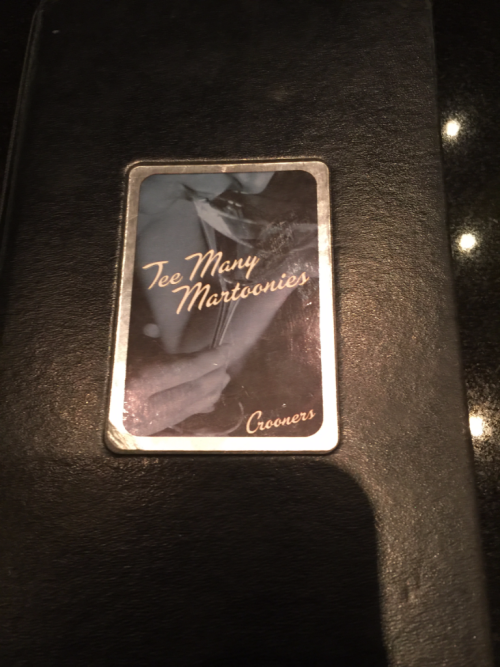 Next up is Bellini's: 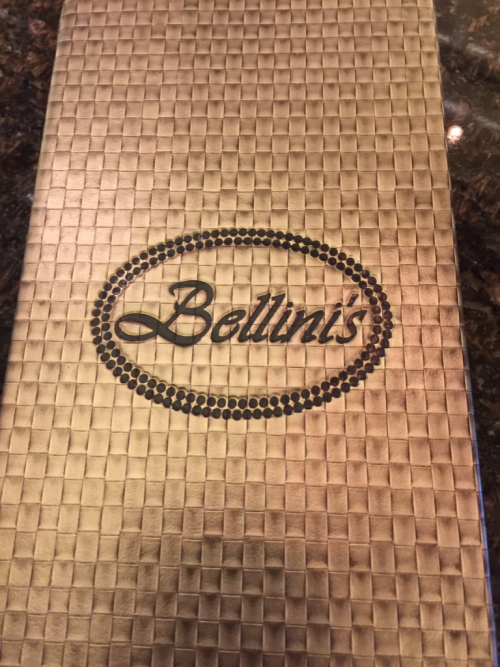 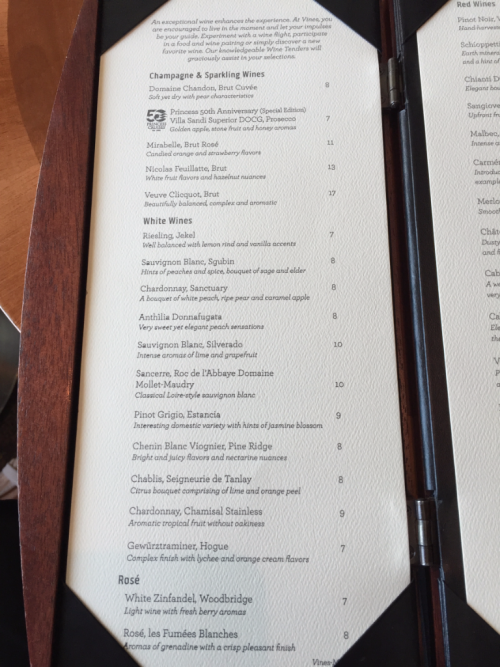 Mostly it looks as I'd expect: sugary rum drinks and vodka "martinis" in various flavors, but there are a few nice surprises. There is a Blood & Sand on the whisky menu, and several beer cocktails including a Michelada and a drink with Guinness, rum, and bitters.

The menus are below- click the link (if you see one) to keep reading. 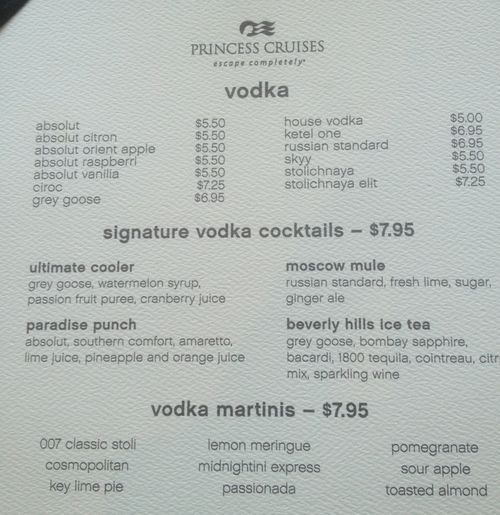 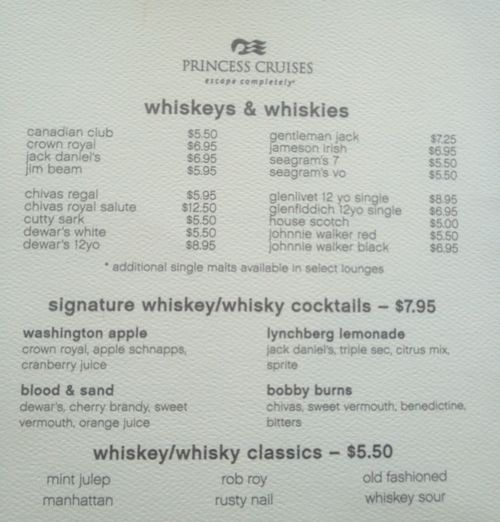 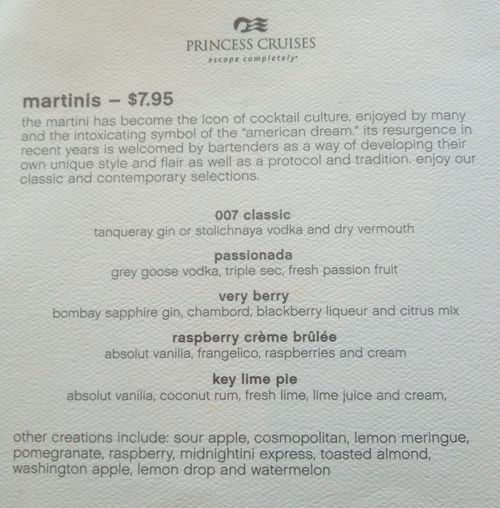 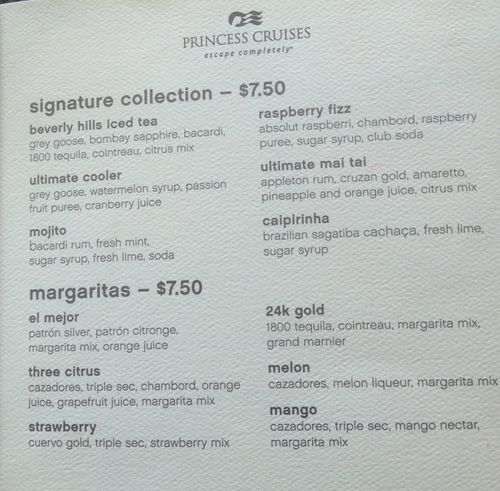 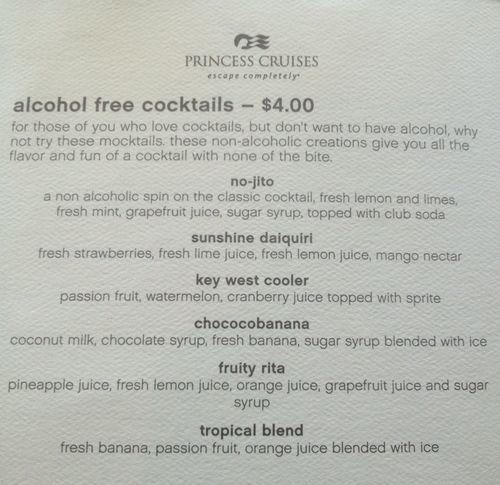 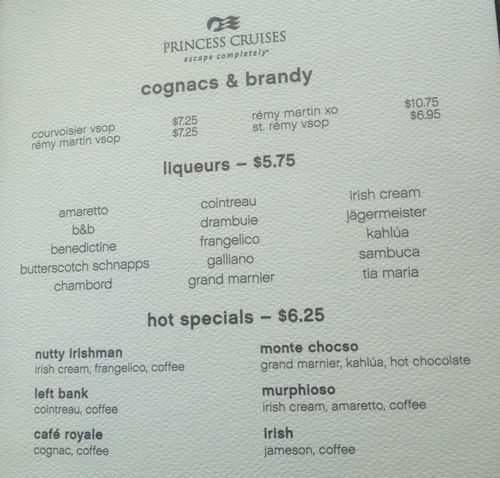 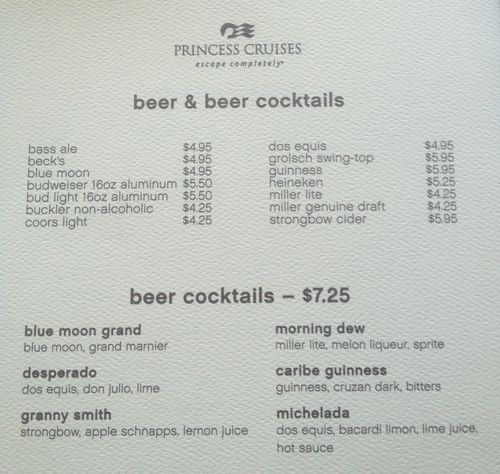 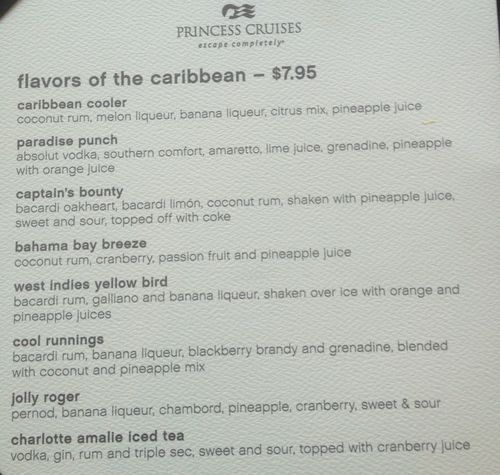 Who the hell puts rum in a michelada?

maybe the bar server gave you a double...

Do you by chance have a 2015 fall drink pricing for Princess cruises? My husband and I will be going soon and are trying to figure out which would be better the all-inclusive beverage package or just buying drinks separately.

Sorry I don't. I just got lucky in that a friend sent me these ones after a cruise.

I leave next week on a cruise and am debating about the all inclusive drink package.
all the drinks listed above, are they included in their package?

Hi Christi, as you cruised in October 2015 you can offer the most current review of the cocktails onboard. I am going on the Diamond Princess in March and I am wondering whether the drinks package is worth it as I don't know the price of the average cocktail/martini. Are the martinis in crooners generally priced over $10 ???

HI CHRISTI HOPE YOUR CRUISE WAS GREAT, WE ARE CRUISING IN MAY AND WONDERING ALSO WHETHER TO GET THE ALL INCLUSIVE DRINKS PACKAGE, HOWEVER I WAS WONDERING THE AVERAGE PRICE OF COCKTAILS. ARE THEY OVER 14.00 AS THIS IS WHAT THE PACKAGE CATERS FOR.
CHEERS LISA

Hi, never replied to anything like this before, so hope this helps. Just back a week ago from the Emerald princess, the dearest cocktail I saw was $7.95 each. There are so many to choose from, if cocktails are your thing, it would be money well spent, plus if you get the all inclusive drinks package you get speciallity coffee's and soft drinks aswell. Hope this message isn't too late.

I do not see the " Banana Banshee " cocktail listed anywhere, has
it been removed from use?

Thanks for the copy drinks price lists - very helpful! 👍