When I was in Rio last month covering the Diageo Reserve World Class Global Finals, I had all of half a day to go out and see Rio. I only did the two things I felt were the most essential: had a Caipirinha on the beach... 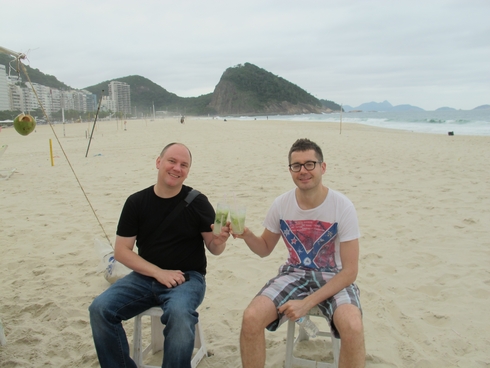 and went to the Academia da Cachaca.

The Academia da Cachaca I'll call Rio's most famous cachaca bar, but that's partially because it's the only bar I can name there. It is located several blocks back from Leblon beach and quite a cab ride from Copacabana where we were staying. 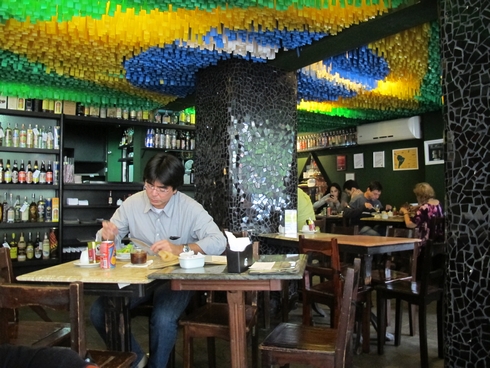 The place itself doesn't stand apart as anything special - it is a covered restaurant at the outside of a mall, with tables reaching out towards the sidewalk. It is split into two parts with a mall walkway in between. The ceiling is decorated with hanging streamers that form the Brazilian flag when seen from afar. 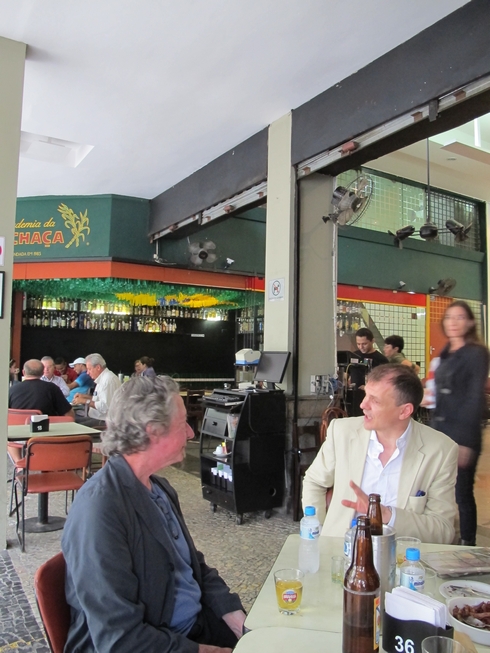 Not surprisingly given the name, the place is famous for its selection of cachaca. The drink menu lists 11 pages of the stuff with flavor descriptions of each bottle.

I was with a group of seven people so we ordered 14 different cachacas to try. They ranged in flavor profile from olive oily to pisco-grapey to woody to herbaceous- it was a  great way to try a lot of Brazil's native spirit at once. 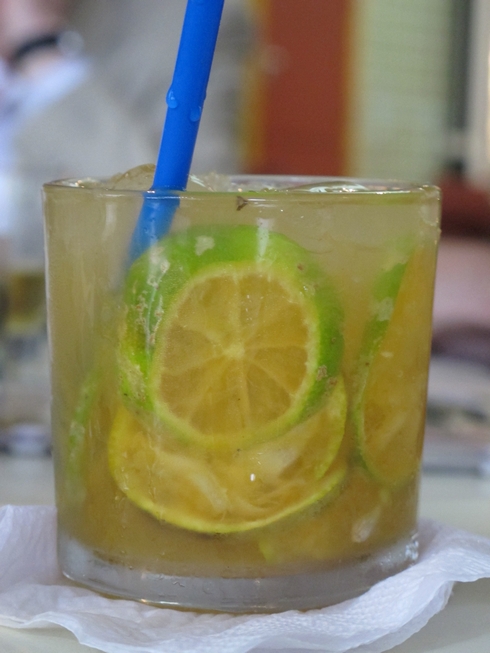 The also offer a selection of bottles for sale, so souvenir shopping was easy.

Thanks for sharing your experience. It looks like you're having fun with those cachaca. I want to try this when I get to Rio next year.