Tuesday night I helped judge the Tahona Society Cocktail Competition here in Arandas, Mexico. The competition (and the Tahona Society in general) was sponsored by Olmeca Altos tequila. My co-judges were Henry Bessant, who helped develop the Olmeca Altos brand, Charles Joly, winner of last year's competition and bar manager at The Aviary in Chicago, and Tomas Estes, owner of the Cafe Pacifico restaurants and Ocho tequila. 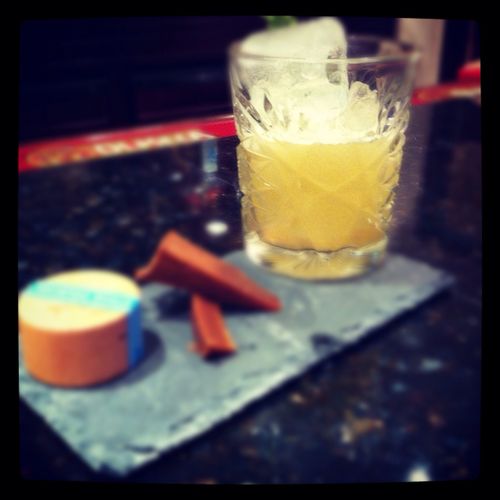 Eighteen bartenders from eleven countries competed in the event. What I liked was that nearly every competitor brought an ingredient from their home country to make their cocktails, from a smoky Ukrainian dried fruit syrup to Greek honey to Wisconsin cherry syrup. 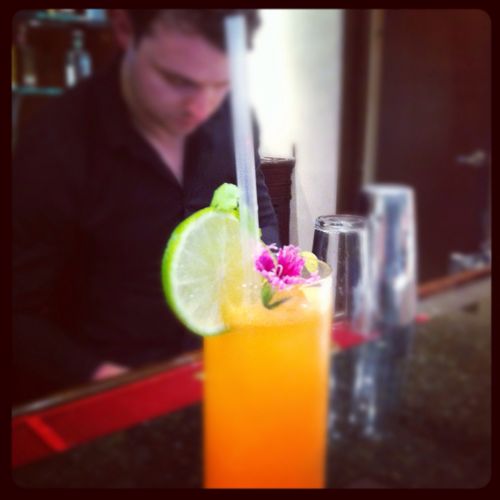 Third place went to Sergey Nadson from Russia. He made a simple delicious cocktail, a Tommy's Margarita variation with fresh muddled lemongrass and black pepper.

Second place in the contest was Jason Xue Bin from China. His drink, which was presented on an elaborate tasting matt, was made with hawthorn infused tequila, apricot brandy, lemon and cranberry juice, and simple syrup. He made a cocktail that was truly better than the sum of its parts. 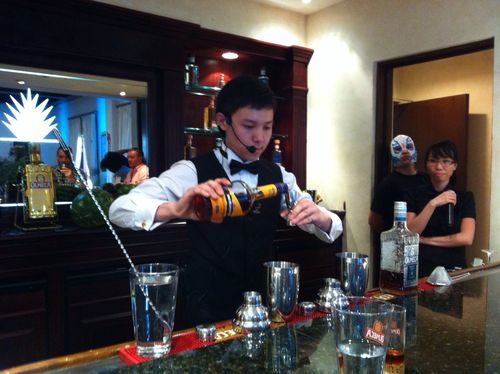 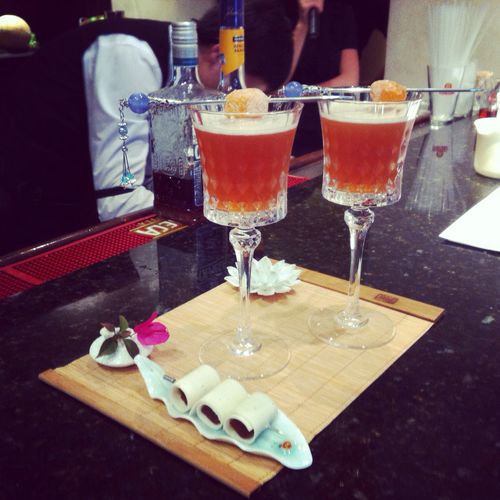 The competition winner was Heinz Kaiser from Austria (I met him at Diageo's World Class competition in 2011 where he took second place). He made a drink Manhattan style with reposado tequila, Cointreau, Carpano Antica vermouth, Damiana liqueur, Bob's Abbott's bitters, Mozart chocolate bitters, and it was presented in silver cups under a cloud of cumin-scented smoke. 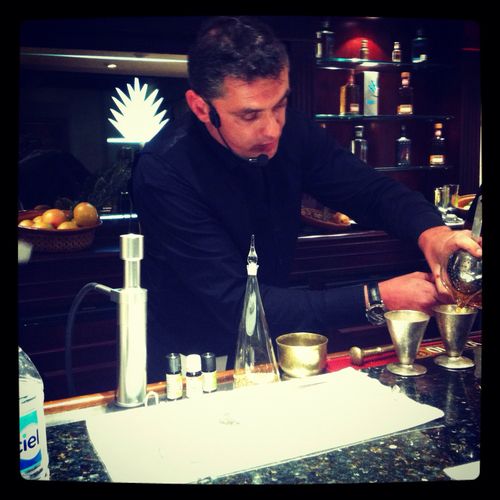