For this week's edition of CLASS Magazine on DiffordsGuide.com, I reviewed 12 bars in San Diego. 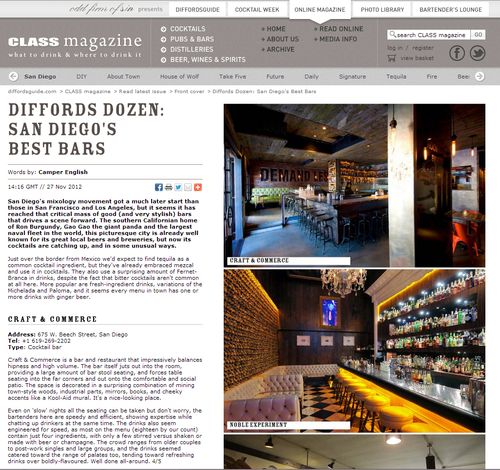 San Diego's mixology movement got a much later start than those in San Francisco and Los Angeles, but it seems it has reached that critical mass of good (and very stylish) bars that drives a scene forward. The southern Californian home of Ron Burgundy, Gao Gao the giant panda and the largest naval fleet in the world, this picturesque city is already well known for its great local beers and breweries, but now its cocktails are catching up, and in some unusual ways.

Just over the border from Mexico we'd expect to find tequila as a common cocktail ingredient, but they've already embraced mezcal and use it in cocktails. They also use a surprising amount of Fernet-Branca in drinks, despite the fact that bitter cocktails aren't common at all here. More popular are fresh-ingredient drinks, variations of the Michelada and Paloma, and it seems every menu in town has one or more drinks with ginger beer.

I should mention that I enjoy San Diego's non-bitter, fresh-ingredient cocktails because all the bigger cocktail cities have all but banished the muddler and are overdosing on amari.

The bars I reviewed are:

Below are some photos I took of bars. Click the thumbnails to go through the gallery. 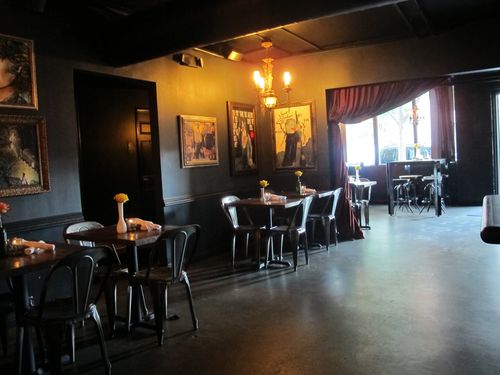 Check out the reviews here.

Also by Camper English on DiffordsGuide.com: