A Drink-Through at Rich Table in San Francisco

A "drink-through" is when you drink all of the cocktails on a menu to see what they're like.

I didn't quite do a true drink-through at Rich Table, the newish restaurant in Hayes Valley, San Francisco, as I only had 8 out of the 11 drinks on the menu. I'm a lightweight I guess.

As mentioned previously, the cocktails here are developed by Jason "Buffalo" LoGrasso. Here are some fun facts I learned while drinking through the menu:

And now, rather than in the order I tried them, I'll list the:

Cocktails at Rich Table From Best to Worst 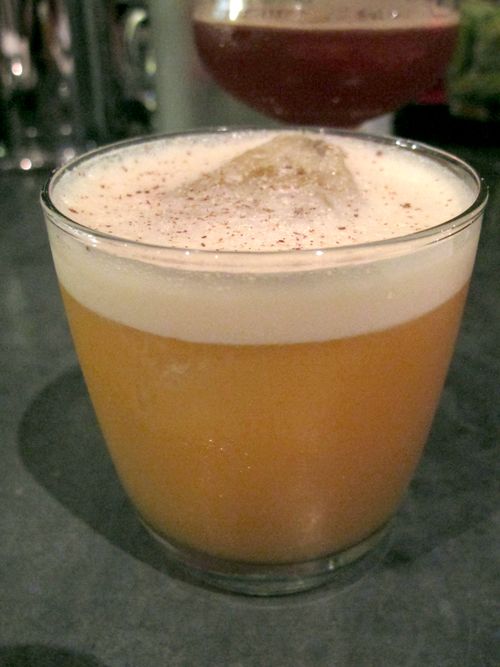 The brilliant move here is that the squash is raw - LoGrasso juiced it in a juicer. Thus rather than coming out creamy and rich as you'd expect, it comes out tannic and vegetal. 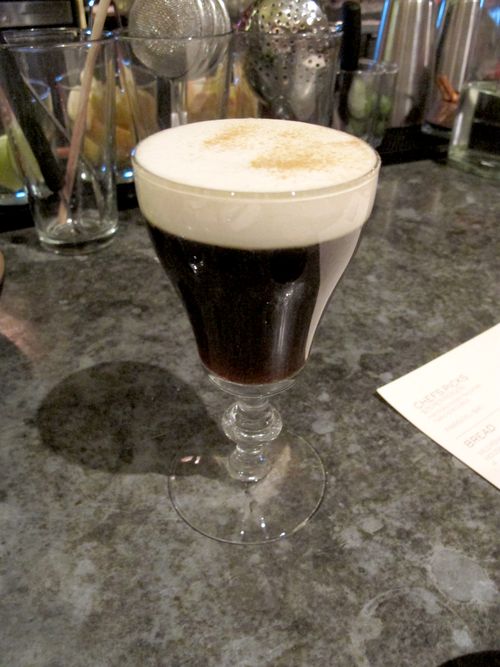 LoGrasso makes the cream from pistachio paste and ages it overnight, as you would for an Irish Coffee. The drink tastes exactly as good as it sounds. 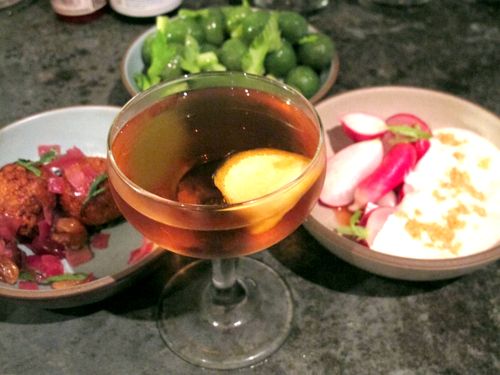 In the Manhattan style, this drink contains rye, sweetener, and bitters. It is rich in fall flavors and sweet in taste, tempered by stirring until very cool.

I should note that the drinks I think are the three best are also the three most popular, and thus my tastes are entirely pedestrian. 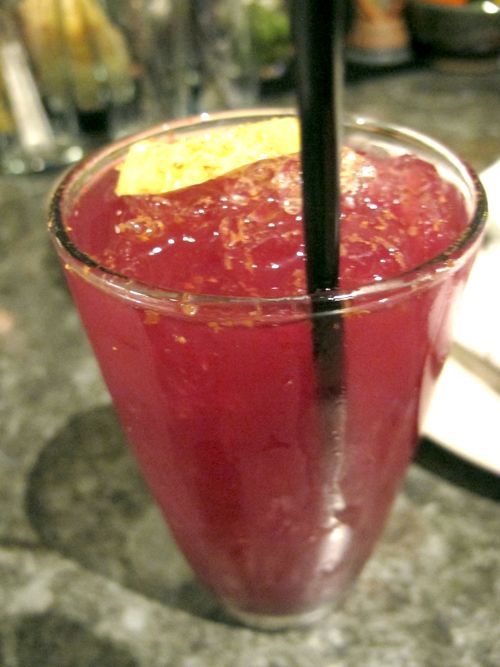 Slightly spicy from the ginger beer, rich from pomegranate, and stanky from the Smith & Cross rum, this drink isn't exactly a revolution in flavor but it's the cocktail nerd's version of a Dark N Stormy.

This cocktail with mezcal, applejack, almond, apple butter, Sutton Cellars Cider is basically "apple three ways plus mezcal." Though the combination makes perfect sense, I don't recall having apple and mezcal together before. It works, and this drink is zippy and zesty. This is probably a good drink to give to people who are mezcal shy. 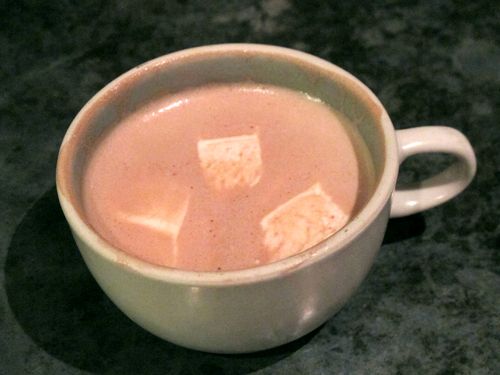 The only reason this drink didn't rate higher on my list is that it was very chocolaty and given the magnificent other ingredients I wanted more of them. (The drink is banging though.) 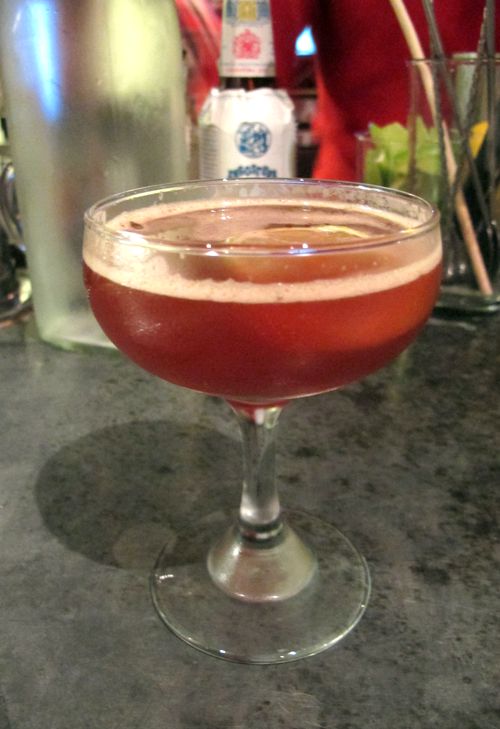 I didn't note in which form the cherry came, sorry. But overall this tasted like a very nice earthy Daiquiri.

The only drink remaining from the pre-LoGrasso menu, this drink is a rich Martini with Leopold's Three Pines Alpine Herbal Liqueur. The liqueur is so aromatic as to be perfumey, and that riding atop the creamy Dolin Blanc and Dry vermouths is just a bit much for my taste.

Big Note: I did not try three drinks on the menu: The Strawbarely Legal (because I could guess how it would likely taste, albeit delicious), the Tom and Jerry (a traditional holiday drink), and the Classic Egg Nog (same). So these could and probably would place somewhere in the middle of this list.

Anyway, it may be hard to get a seat at the small bar in the small restaurant, but the drinks are delicious and the fact that they'll be changing all the time gives you plenty of reason to pop in on a regular basis.