A Protector for your Yarai Pitcher

Japanese mixing glasses are beautiful but they don't travel so well. Brand ambassadors and other traveling bartenders have come up with various creative solutions to this problem, but finally a commercial version goes on sale this week. 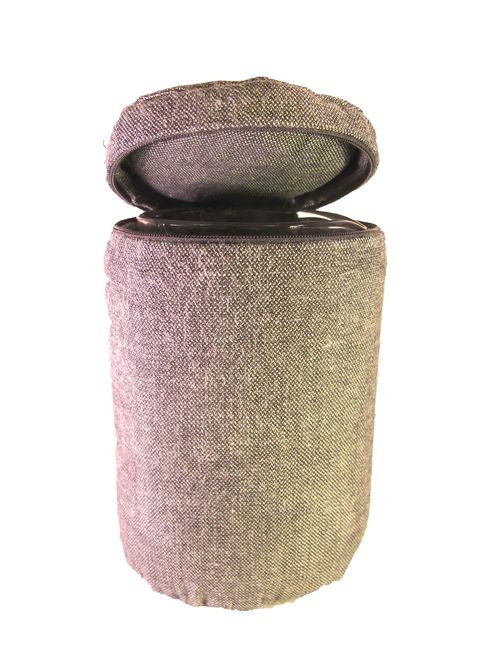 Phillip Mauro, Vince Toscano, and Jon Gasparini, who work at Rye in San Francisco, created an insulated mixing glass case that fits not only the popular Yarai pitchers, but also the plain Japanese mixing glasses and even chemistry beakers that some bartenders use. It's made in the San Francisco Tenderloin. They call it the Pitcher Protector.

There are two colors for now: a bright blue one fashioned from material that covered the booths at the bar 15 Romolo, and a grey denim material. They're insulated with foam and have a recessed zipper that shouldn't bang against the pitcher. 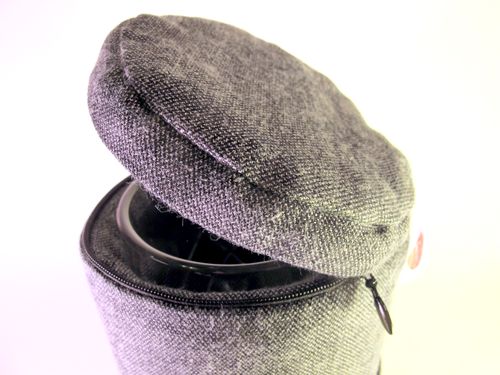 Outside there is a strip of fabric that can be used to hang a Hawthorne strainer. 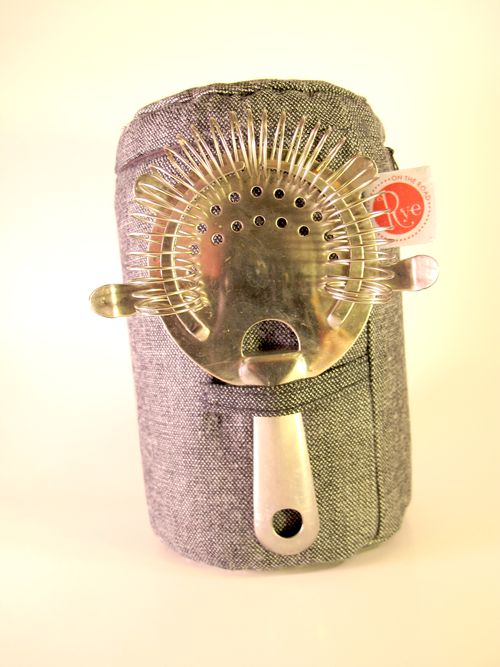 Unlike in this one shown, the Rye on the Road tag lays flush to the side of the case in the real version.

The cases will be for sale at UmamiMart in Oakland (starting Monday) and Cask in San Francisco (Tuesday or Wednesday), I believe for $35. There are only 100 of them in the first batch, so if you want to gift one to your favorite bartender this Xmas, you should probably order asap. 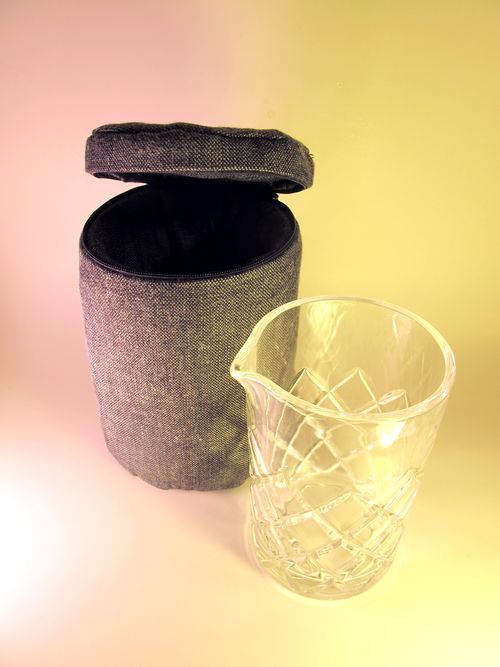 You can also to order them directly from the guys who make them. The Facebook page for that is here. 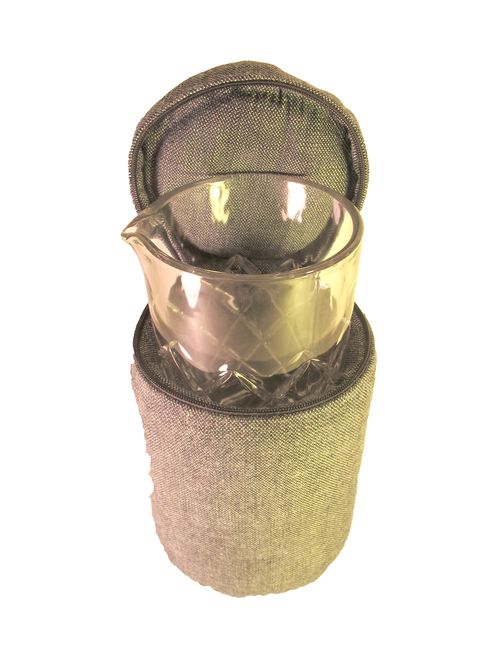