Well, I have a different recipe. The typical Shirley Temple is ginger ale and grenadine, but I wanted to use PAMA pomegranate liqueur and booze is up a little more.

Instead of typical non-alcoholic ginger beer, I wanted to use real ginger beer. Everything on the US market that I know about is non-alcoholic except the newish Crabbie's, which is imported from Scotland. I'm not sure it's what we'd really call ginger beer, as it is a "malt beverage with natural flavors and caramel color added." But I've got more research to do on that.

Later on, I tried Jeffrey Mortgenthaler's recipe for home-brewed ginger beer.  I kind of messed it up so it wasn't the best ginger beer I've ever had, but it was good enough to drink.

And then I added bourbon. 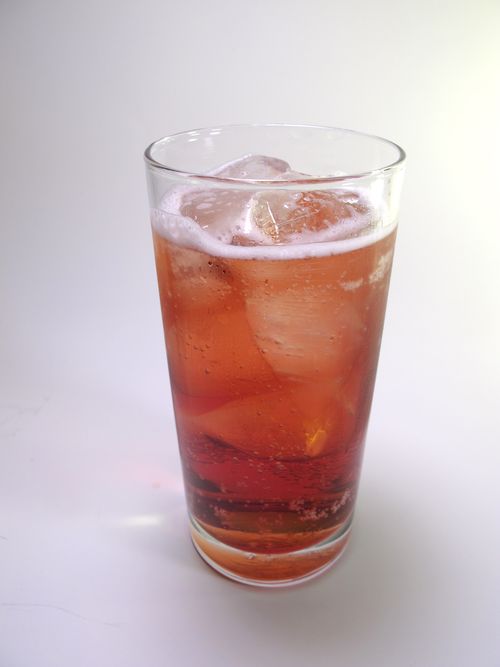 Build over ice in a Collins glass.

And you know what's also pretty good? a Roy Rogers with PAMA and Q Kola. 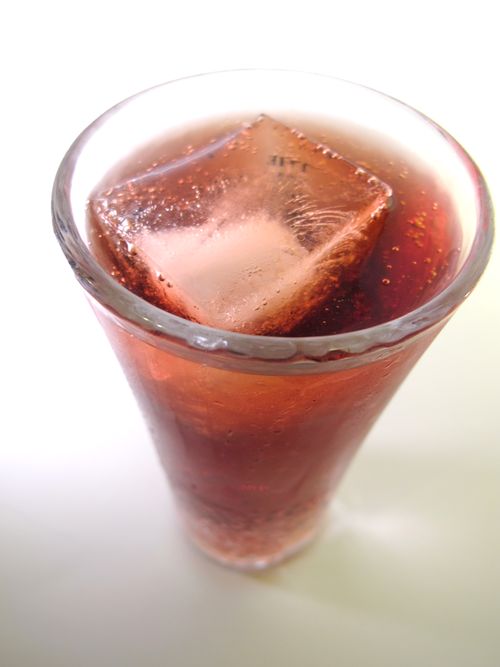 That drink looks amazing. I wonder what some cherry heering would do to it? On a side note for ginger beer, if I'm using something pre-made my money goes for fever tree's stuff. It's fairly dry and has a nice bite.

I think with Cherry Heering you might want to add some citrus, as it's not as acidic as PAMA.

Fever Tree and Maine Root are my two favorite ginger beers. They're not alcoholic though.

A post on it? BAM! Here's a story I wrote a couple years ago: