The Wide World of the Ward Eight

In my latest column for FineCooking.com, I talk about how the Ward Eight cocktail is everywhere these days.

You know how you learn the definition of a word and then suddenly you keep hearing that word everywhere? Over the past month it has been that way with me and the Ward Eight cocktail.

I had just finished reading the book Drinking Boston: A History of the City and its Spirits by Stphanie Schorow, in which the author spends a great deal of time discussing this drink and its history. The Ward Eight is the most famous classic cocktail from Boston, supposedly invented at the Locke-Ober restaurant in 1898.

In trying to verify the date of the drink's creation, Schorow studies the history of grenadine, the pomegranate syrup used in the drink. It was a new ingredient in America right around this time.

Coincidentally, I was also studying the history of grenadine on my website. I performed a literature review and drew some conclusions, including the surprising finding that grenadine has been made as an artificially flavored cocktail ingredient forover 100 years!

In another coincidence, two of my favorite drink writers also decided to look into the Ward Eight in the January 2013 edition of magazines. Historian David Wondrich took a look at the cocktail's history in Imbibe magazine, and writer Wayne Curtis covered the drink in searching for the quintessential New England cocktail in Yankee magazine. 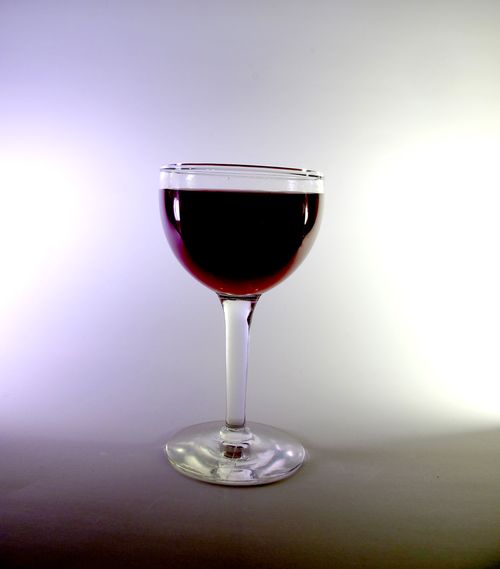 I went to look up a recipe to put on the post on Fine Cooking, and found that the Ward Eight recipe is different in nearly every book.

The simplest is just rye, grenadine, and lemon juice. The most complex is those ingredients plus mint, bitters, and simple syrup.

So I settled on a common recipe with rye, grenadine, lemon, and orange juice. Get the recipe here.