A Few Bars in London: ECC Chinatown and Opium

Recently I was in London and explored several bars I hadn't been to previously, along with a couple I was excited to revisit.

Experimental Cocktail Club has bars in Paris including Curio Parlor, Prescription Cocktail Club, Beef Club & Ballroom, Compagnie des Vins Surnaturels, this one in London's Chinatown, and in New York. Coming soon are Fish Club in Paris and a beach bar in Ibiza.

I hadn't been to any of them until this visit in London. It was a Friday night and the streets were completely packed with people, but once I was close to the bar it was easy to recognize that the giant bouncer standing outside the unmarked door would be way to the speakeasy bar.

But ECC isn't a speakeasy once you get in. The place is spread over two floors. Early in the evening everyone gets a seat in the chairs and couches spread around the place, but this is not a seating-only bar. Later at night there is even a small cover charge and a DJ. 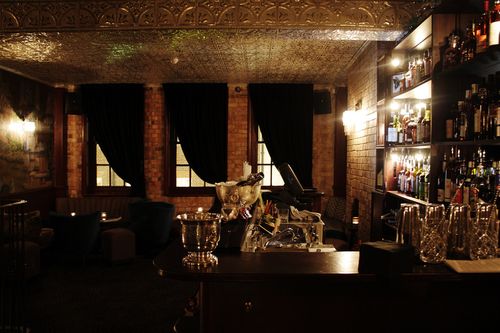 As I was visiting early I got a great seat at the bar and was able to chat with the bartenders. The February menu has 13 cocktails on it; all of them originals except for the Old Cuban by Audrey Saunders and the Havana by Shaun Layton of L'abbattoir in Vancouver. One drink I; think the Saint Germain Des Pres, is on all ECC menus, but the others are unique to each space.

Many of the drinks had unique ingredient touches including Thai pandan leaves, beetroot juice, and coconut & ceylon tea. Most of the rest had surprising combinations like a gin buck with Suze and absinthe; aquavit, sherry, ginger, and pale ale; and pepper -infused tequila, tea, Suze, peach bitters, and champagne.

I particularly liked the Handsome Jack, which I believe is a (remote) spin on the Vieux Carre, made with rye, cognac, aperol, Byrrh, Chartreuse,  maple syrup, Angostura and Peychaud's bitters. It was probably my favorite drink I had in London.

They also offer four vintage cocktails made with vintage spirits from as far bac kas the 1950s and costing as much as 200 UK Pounds ($300 US). They were planning on having vertical vintage spirits tastings in the future - having the same spirit that you could taste through several decades. 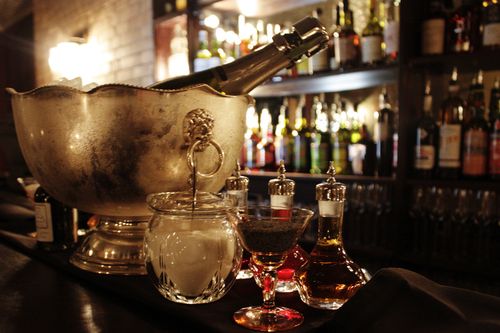 All in all, I really liked this place but as someone who is now club-averse I'd want to go early or have a table reservation.

Just one block away from ECC Chinatown is the brand new bar Opium. (Click the tiny link at the bottom of the page to get to their blog.) From the entrance (another unlabeled door; another bouncer) you walk up a couple flights, then possibly another depending on which floor you'll be seated.

The main bar on the lower floor has a back bar with only large numbered apothecary bottles - no brand bottles whatsoever. So bartenders have to memorize or look up each ingredient by number to make the cocktails on that level. It looks great. 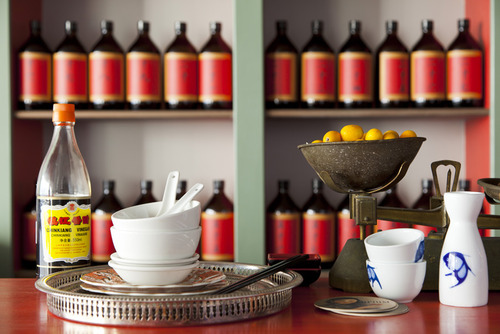 That is the back bar behind. Image from Opium's website.

On the top floor, the main bar is more of a large, square chef's table. Two bartenders work most on one side of it, which patrons sit on the other three sides.

The other seating in the place is a mix of tall bar-style tables, low couches in a row, parlor-style seating in some rooms, restaurant-style seating in others. On a full night as when I was there, not only is every seat taken, but there are dozens of staff, bartenders, and hosts running around everywhere; yet the capacity is just over 100 people. The vibe is pretty incredible. 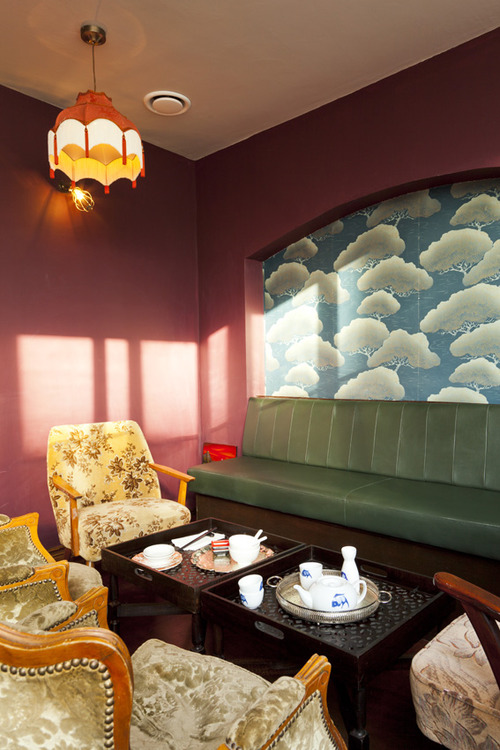 One of the rooms at Opium. Image from their website.

On either floor, the various wooden rooms jut off at sharp angles with small doorways from every other one, so it honestly feels that at any moment you're going to walk into the wrong one filled with a group of gamblers huddled in a circle shouting loudly while throwing down money on the floor. (But then again, I watch a lot of kung fu movies.)

The crowd is not full of gamblers but a combination of well-heeled young business types and cocktail afficionados out for a big night - as I've read in other reviews it is the type of crowd who frequents London's many private clubs (Milk & Honey, Quo Vadis) more than the younger DJ-and-dancing (or bargain-seeking) crowd.

The cocktails are elaborate to match the price: the Opium Signature Cocktail #1 comes in a matte cup with dry ice in it. The bartender pours a small carafe of the drink's ingredients (Appleton VX, Wray & Nephew rums, absinthe, mandarin and lime juices, kaffir lime syrup, citrus bitters) into the vessel, then a small vial of liquid ginseng. The dry ice causes the drink to bubble and steam - representing opium smoke. 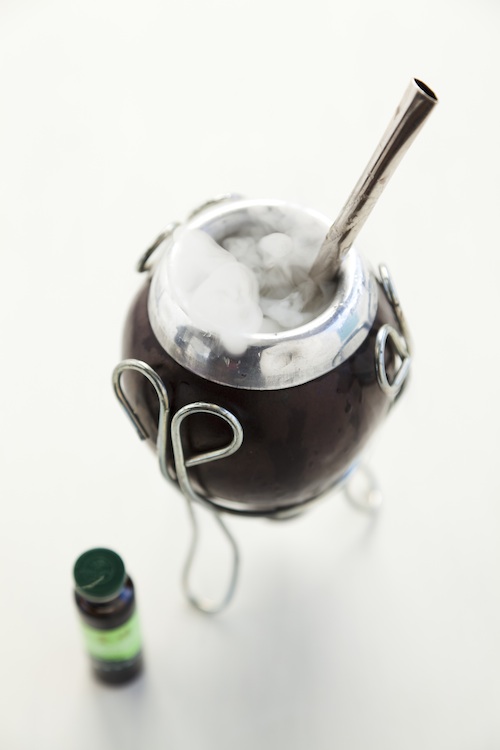 I also had a drink with tequila, Chinese plum wine and house poached black plum and rosemary syrup. It is served with an absinthe-dipped rosemary sprig that is set on fire atop the drink. As all the fruit in the drink can cause it to separate, the rosemary sprig can also be used to stir it- nice trick. 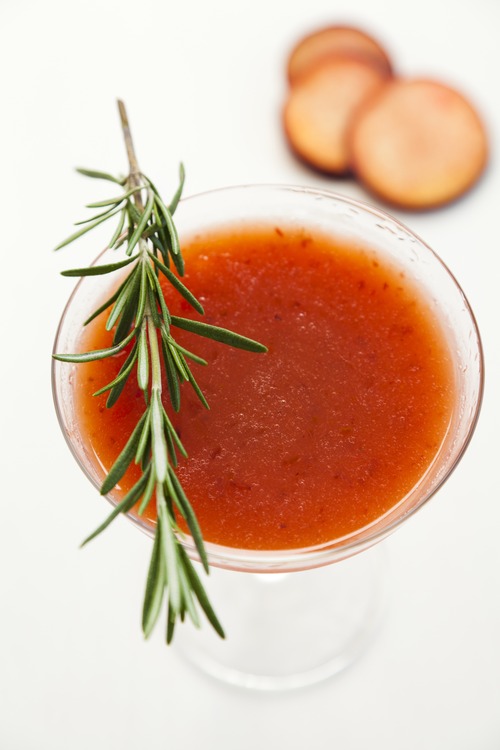 All the drinks I tried there (except the shots of mezcal that came later) were unique, relatively light as opposed to boozy, and nuanced rather than bombastic.