A Visit to the Nordic Food Lab in Copenhagen

This February I was lucky to be invited to visit the Nordic Food Lab, which is located on a boat floating in a harbor off Copenhagen. It was formerly the research lab of the world's top-rated restaurant NOMA, and I believe they still have a close relationship and work together on projects.

The lab is pretty small: A few work tables, refrigerators and cabinets on both sides of the room, and tons of samples in bottles, barrels, bags, and jars everywhere. It reminded me a lot of my apartment, except that the swaying back-and-forth was coming from the water beneath the boat, not the booze in my belly.

There I met Ben Reade, a scientist at the lab. He described some of the cool stuff he was doing, such as: 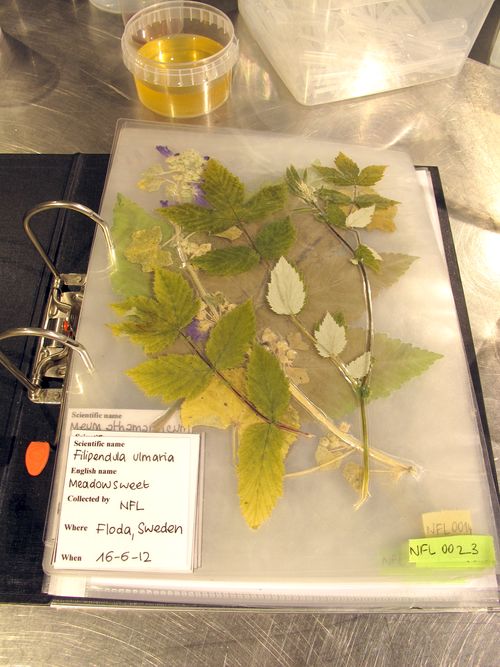 and doing all sorts of experiments with them, like making tinctures out of them. 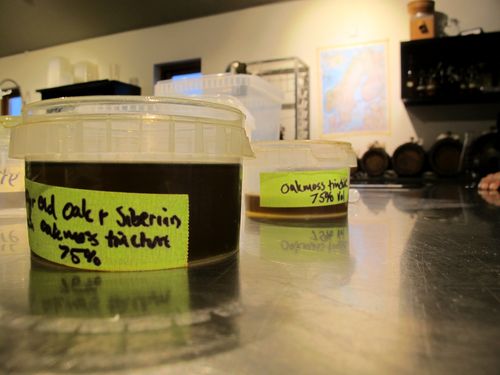 He also brewed beer and added three different levels of (incredibly bitter) oak moss to it so see how it tasted.

I'm not sure what they're doing with this drying (boar?) leg, but they're attempting traditional curing/drying techniques. The one on the right is coated with some sort of wax. 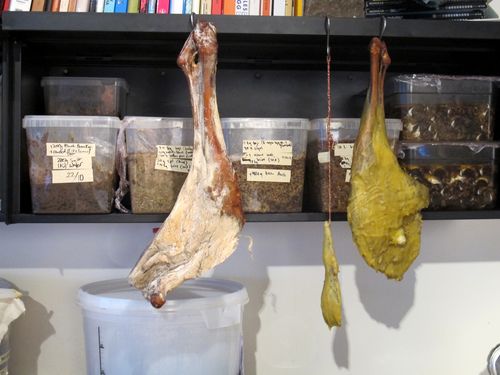 He's also working a lot with fermentation. He made a vinegar from fermented elderflower, which led to us having a long discussion on shrubs and drinking vinegars.

He was also experimenting with kombucha - we tasted a ton of it with different levels of pear juice to seek the optimum amount. 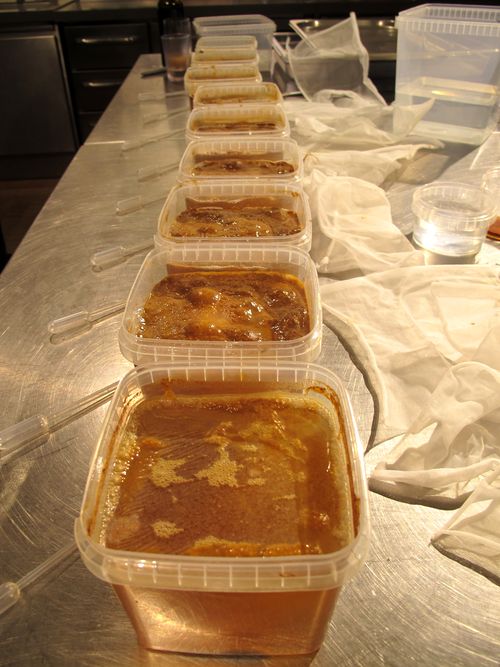 He was also aging vinegar in a mini-solera. How much do I want a set of these barrels?

At the end of the visit we got to taste some non-sweet sugar with added lactasol (not sure if I am spelling that correctly). It's a chemical that inhibits the perception of sweetness. So the powder we tried is mostly sugar but it tastes like nothing.

Therapeutically it can be given to anorexic people mixed with high-sugar foods as apparently they don't want to eat anything sweet, but of course my thoughts went to cocktail applications: a drop of it in a too-sugary cocktail could dry it right up! (Unfortunately he said it's usually only available in massive-sized quantities.)

Overall the visit was very cool and very inspiring, making me wish I had more space for more experiments at home.

You can read about the work being done at the Nordic Food Lab on their research blog.