Diageo is experimenting with crowdsourcing and Absolut has set up a boutique distillery in Berlin.

The following story comes from Mixology Magazine in Germany. It was written by Helmut Adam and was originally published in German here. It was translated into English by Kirstin Müller. Below is an edited version of the translation.

Bartenders participating in Diageo’s World Class Programme [in Europe] are encouraged to submit their ideas for a [new spirit or liqueur]. In May 2013, a jury of Diageo professionals and industry heavy-weights such as Salvatore Calabrese and Jörg Meyer is going to evaluate the submissions and select a winner. The prize is a 5% share of earnings after tax or an installment of £ 25.000 (about € 29.000) alternatively.

The new product is called “Our/Berlin”. The distillery is run on its own terms, independently from Pernot Ricard Germany. Initiators behind the “start-up”  are The Absolut Company and the international holding of the corporation, the Pernod Ricard Group. In order to simulate start-up-criteria, the new vodka is not available via the usual distributing channels of Pernod Ricard. At the same time, Berlin clubs and bars are major target markets, as the company’s website states. With 37,5 % Vol. and at 350 ml per bottle, “Our/Berlin” is obviously meant to cover a different segment than Absolut Vodka, its bigger brother in the cooperation. 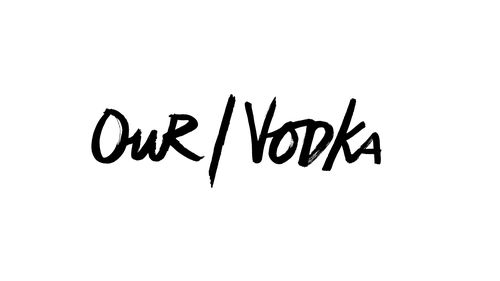 From a PR-Agency with love

An agency called „Paul Sanders“ is Pernod Ricard’s partner in crime. They list “consulting, production, press relations and guest management” as their main areas of expertise and have so far been involved in fashion and lifestyle projects. On their website, the agency describes their cooperation: “Pernod Ricard provides the distillery, the recipe and the ingredients. Paul Sanders are in charge of production, sales and marketing.”

Can corporations reinvent themselves as start-ups?

Åsa Caap, „Director for Global Innovation Projects“ at Pernod Ricard and in charge of the project – in spite of the theory described above – believes her company grew from innovation. In an interview with MIXOLOGY ONLINE, she said: "Since I've been working in that position I've seen a lot of innovation inside Pernod Ricard. The origins of Pernod Ricard are entrepreneurial, as both Ricard and Pernod were innovative entrepreneurs."

The idea for „Our/Vodka“, as the project’s umbrella brand is called, came to life over two years prior. According to Caap, developing a strategy on how Pernod Ricard could locally produce a vodka, that would have actual local market relevance, was a lengthy process.

„We decided very early that Berlin was a good market to start from”, Caap explains. The German capital is indeed the first major city to test the concept. If successful, „Our/Stockholm“, „Our/Detroit“ or „Our/Paris“ might soon follow suit.


The production process of Our/Vodka

How exactly is “Our/Berlin” Vodka produced? According to Åsa Caap, the final product is part locally purchased alcohol of regional descent, part centrally produced distillate using a secret type of yeast (“Low wine”) and part local water. The distillate is then refined to drinkable alcohol (“High wine”) in the Our/Berlin Distillery. The pure grain alcohol may consist of various agricultural bases, such as sugarcane or grain, depending on the market. Further details are not yet being disclosed. The 350 ml bottle of Berlin Vodka is sold for € 13.

Caap is surprisingly open when addressing the obvious reservations to a major cooperation meddling with grassroots craft: "Probably it is a contradiction and the only way to get around it is to be totally transparent." In her opinion the fact that the project is “one part global and one part local” makes it so special. “No other brand has that”, Caap says. In Berlin, “Our/Berlin” Vodka is produced and marketed by the Tioli Gmbh & Co. KG. Tioli is a wholly owned subsidiary of V&S Vin and Sprit AB, the Swedish branch of Pernod Ricard, which also owns Absolut Vodka.

It is vitally important, Caap says, that the project be co-run by locals, who get their fair share of the profits. The partners are independently responsible for sales and marketing. Hence, the market positioning of the brand will vary greatly from city to city.

Landmines at the Berlin testing grounds

Is this new type of „global boutique distillery“ going to prevail? The direct local environment for the first edition of Our/Vodka definitely has it’s stepping stones. The very area, where the new distillery was set up, is currently under fire as a major battlefield in gentrification-conflicts. In Schlesische Straße, a residential building was squatted recently. Plans for the Guggenheim Lab, which was set to occupy the open space in Cuvrystraße were overturned by local residents. And close by at the East Side Gallery, demonstrations are condemning plans for tearing down parts of the longest remaining stretch of the Berlin Wall. Everything reeking of “upgrade” is at best met with skepticism by the local population.

Will Pernod Ricard’s balancing act succeed to break into Berlin’s sub and club culture? Can a global spirits company really mask as a start-up? Will people see the product as a trendy party accessory or as a corporate wolf in sheep’s clothing? Since last Friday, when the showroom of “Our/Berlin” officially opened, industry professionals and barflies can make up their own minds. And for those looking to enter the micro distilling vodka business themselves, Pernod Ricard has put up a message on their global Our/Vodka website: “Are you interested in opening an Our/Vodka distillery in your city, let us know!”

Go here for more information (in Egnlish) about Our Vodka.

This article first appeared in MIXOLOGY magazine. MIXOLOGY is a bar and beverage magazine based in Berlin, Germany.

it would be cool to have a distillery at your disposal and a corporation above you that can quickly handle all the odds and ends like chemical analysis, label approval, etc.

it is kind of lame that they are hung up on vodka.

my bar program only serves one gin so i buy quite a bit of one product over the course of the year. i wish i could commandeer the distillery and make one production run for us where i source the botanicals myself but use their botanical template and maybe their cuts. this way the juniper could come from a specific latitude or a specific country and represent a specific terroir. maybe i could explore samples puts together by the parent company.

it would also be awesome to make bottled carbonated cocktails under the guidance of a pernod-ricard or diageo. their small distillery could work with artists or celebrities to craft a unique carbonated cocktail. this would use their portfolio, source some exquisite odds and ends then use specialty bottling equipment.

the products could have really direct supply chain routes so they could avoid artificial ingredients and preservatives.

All good ideas! I think you'd have an easier time partnering with micro-distilleries to do the experiments you mention, but of course the big brands have the money for programs like this and the small ones don't.