Today Beefeater annouced the launch of Burrough's Reserve, a gin aged in Lillet barrels. It comes as part of a larger trend of reversing the traditional aging times of spirits and cocktails. 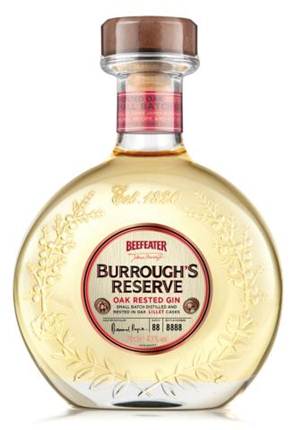 White whiskies have been a huge trend for several years, mostly led by the craft distilling movement. The small batch distillers couldn't afford to wait for their whiskies to fully mature before selling them, so they all started selling young, barely, or not-at-all-aged spirit. The trend became so big that the major brands couldn't ignore it. Even Jack Daniels and Jim Beam released young/unaged whiskies at the end of last year.

Meanwhile, in the mixology world, bartenders are taking things that are usually not aged and aging them: cocktails. This trend has also become too big to ignore, with even Vegas casino bars offering barrel-aged drinks. Bartenders are aging  straight spirits in small casks as well; sometimes to make them woody, sometimes to absorb the previous spirit soaked into the wood into the current spirit aging in it (the equivalent of cask 'finishing' frequently used in scotch whisky). 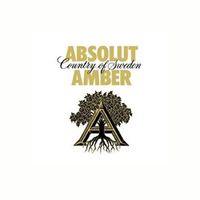 A couple months ago, word leaked about Absolut Amber, which is "a 40% abv vodka that has been aged for a minimum of six months with a variety of wood, including ex-Bourbon barrels, American oak and Swedish oak, as well as a variety of roasted American and French oak chips."

That was a pretty big departure for a company with mostly fruit and spice flavored vodkas, and seems to acknowledge the barrel-aging trend.

So too does the new Burrough's Reserve Gin from Beefeater, which is "distilled in a small historic copper still from the 19th Century, then uniquely rested in Jean de Lillet oak barrels. " (Jean de Lillet is a vintage reserve version of Lillet aperitif.) It will launch first in Spain in June, then the UK, then the US in October 2013.

These are not by a long shot the first aged vodka and gins on the market. There was a big spike in aged gins several years back, after the launch of Bols Genever and Hayman's Old Tom, with other distillers deciding to create vintage-styled spirits. And some aged vodkas, like Starka from Poland, go back centuries.

But with some of the world's biggest spirits companies now getting behind the unusual aging trend, many more people will be exposed to it, and perhaps more people will consider  how and why spirits are aged, and what that does to create the flavors of their favorite brands.

"even Vegas casino bars" -- which one did you have in mind? I was there recently and stopped by Public House, which had a surprising assortment of cocktails.

There is a new/redone bar at the Cosmopolitan called SOCIAL that is doing a barrel-aged cocktail.

Err, actually that one is at the Palms, not the Cosmopolitan.

I must say I don't really care for the bottle. And the Beefeater is way too small.