I know a lot about Trader Vic and Don the Beachcomber, but I didn't know about Harry Yee until this year. I learned a bit about him at a seminar called Modern Tiki: A Pirate's Life for Me, which took place during Hawaii Cocktail Week at the Moana Surfrider Hotel. The seminar was lead by Julie Reiner (owner of the Flatiron Lounge, formerly Lani Kai, and consultant on Hawaii's Tiki Iniki) and Brian Miller (bartender for hire). 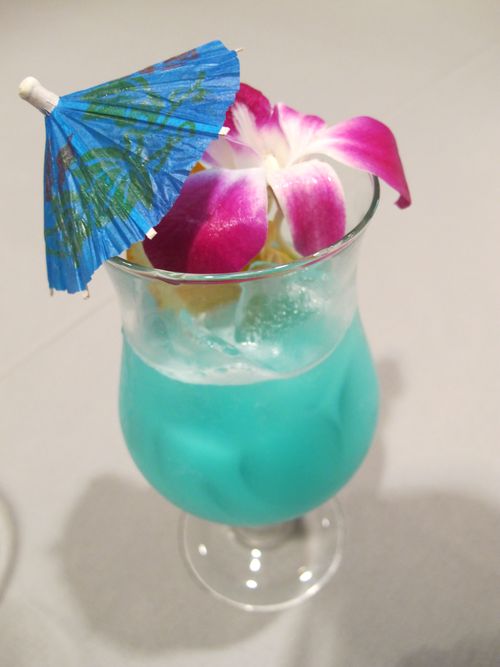 Harry Yee lived in Hawaii and was the inventor of the Blue Hawaii cocktail, shown above.

He was also the first person to use an orchid as a cocktail garnish.

He was also the first person to use cocktail umbrella garnish, according to Reiner. [The internet has a different answer - would love to find out.]

He may have created the Banana Daiquiri.

He invented the Tropical Itch as well as its garnish: a backscratcher. This drink actually kicked off a backscratcher craze. I remember always getting them at county fairs as a kid - I had no idea they were garnish.