Random Notes on LA Cocktails from Bartenders who Work There

The talk was meant to illuminate trends and techniques popular in Los Angeles today. Here are a few notes I took. 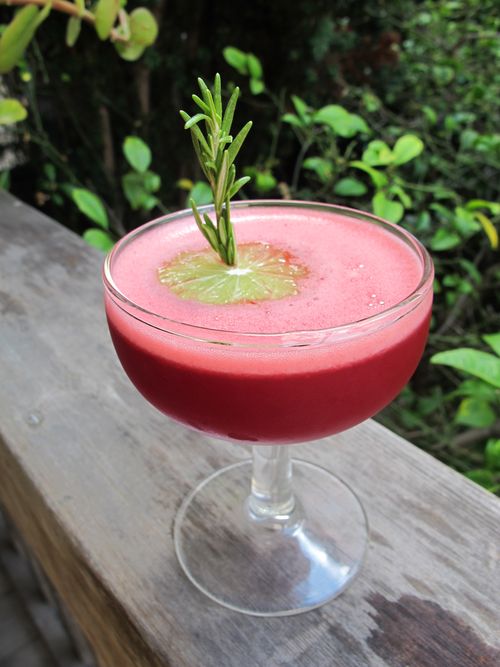 (random drink pic that has nothing to do with LA)

That drink and recipe is here:
http://www.finecooking.com/item/45722/a-drink-with-muddled-cherries-and-rosemary-pepper-syrup

re: "Using goofy names for cocktails makes them less intimidating to guests."

I heard a similar take on drink names recently from Seth Laufman when enjoying a Stop Fenneling Me.

keep in mind you need to consider the brix/acid ratio or brix/bitterness ratio.

as brix and acidity both increase so to does the amount of dissolved aroma or you get a hollowness dessert winemakers call the "sweet-tart" phenomenon. in cocktails this can be both a flaw or a feature.

a sweet leaning drink emphasizes aroma and for many people to tolerate that extra sweetness they have to find the aroma redeemingly extraordinary. this explains how many people can enjoy a manhattan while not enjoying a mono-fruit-martini that has the same brix/acid/bitterness ratio.

also, be weary of brix measures in the presence of alcohol. if the person measuring isn't converting them to grams/Liter of sugar then they might not be aware that alcohol is influencing their measuring device.