Smaller Drinks Means You Can Have More of Them

Someone wrote on Facebook that a trend they'd like to see is smaller cocktails so they could enjoy a larger range of drinks over an evening. I also think that would be pretty cool, so I asked PR folks and Facebook folks if they knew of any.

If your bar is doing mini cocktails, feel free to add them in the comments! 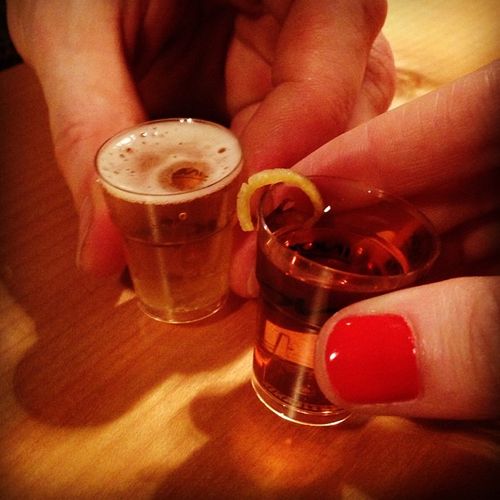 Pic from Vessel in Seattle. They don't really serve them this small. 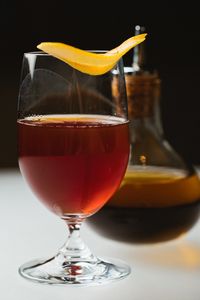 L2O in Chicago
Mixologist: Allison Frey
L2O’s Sazerac, served in a 4 ounce Bourbon Glass, is portioned by a bartender and then concocted tableside by the server.

Levant in Portland, OR
Chamomile Whiskey or Black Lime Rum
"At this point the Chamomile Whiskey is a fully developed mini cocktail. It contains house infused chamomile whiskey, honey lavender syrup and orange zest. The Black Lime Rum is just basically just a shot of appleton estate rum infused with black limes." Each cocktail is 2 ounces.

Saison’s cocktail menu features smaller libations in hand-etched Japanese glassware coming in at about 4 oz each.

Tavernita, Chicago
"Little Twins" = your choice of small pours of two of their cocktails on tap

Most of the drinks in my upcoming book (The Art of the Shim: Low-Alcohol Cocktails to Keep You Level) are sized about 3-4 ounces for just that reason: more drinks, less drunk.

Little Dom's, in the Los Feliz neighborhood of Los Angeles, has a Piccolini menu available Wednesdays. They are half sized cocktails for $4 a piece. Some great stuff on there, including a house manhattan and a champagne cocktail.

Yeah! Probably not easy on the bartenders. A lot of work goes into a drink and making more of them can't be easy.
But I do this at home a *lot* just because I like the variety and don't want to be falling down drunk.

I have some great little 6oz "juice" glasses and found some nice 3oz martini glasses too.

I had planned one time to serve a "cocktail symphony". it would be an evening of a group of people collectively drinking a very large range of 3/4 oz. portions. the drinks where going to explore my theory of acquired tastes, gradually changing shape (of the gustatory tensions) and sliding around in aromatic tonality. everyone would probably have to commit to getting bombed.

for regular service, using advanced batching techniques, the symphony could then be broken up and served in flights of six "notes".

One day we'll find a practical use for all your mad science :)

I'd like to think everything I do is practical. the only reason I've been able to do so much research over the years is that I'm so organized and practical that I've had a lot of spare time and resources to put elsewhere.

pioneering the craft-kegged-cocktail thing a few years ago was coming up with a practical solution to problems I was having. all the academic distilling journal articles I've been covering are about being practical and using research that was already done instead of re-inventing the wheel at a slow pace.

all my science is just stuff wine makers and distillers know. often I feel like one of the only practical people in a decadent industry.

A great use for me might be running a chill spot in San Francisco. I'd move over there.