The Cocktails of Brass Tacks in San Francisco

Taking over a funky neighborhood spot known for its kitschy décor, drag shows, and cheap drinks to turn it into sleek bar led by well-known bartenders requires some brass balls. When Brass Tacks, the bar owned by Anthony Healy-London (of Churchill), Josh McAdam, and Matty Conway (Nopa, Absinthe), took over the former Marlena’s space, the trio worked diplomatically. Getting the blessing from former Marlena’s owner Garry McLain helped, but so did keeping most beers at $5 or less.

A damn fine menu of cocktails (all $10), arranged from lightest to heaviest, should quench any remaining feelings of discontent. The full line-up:

Knife in the Water 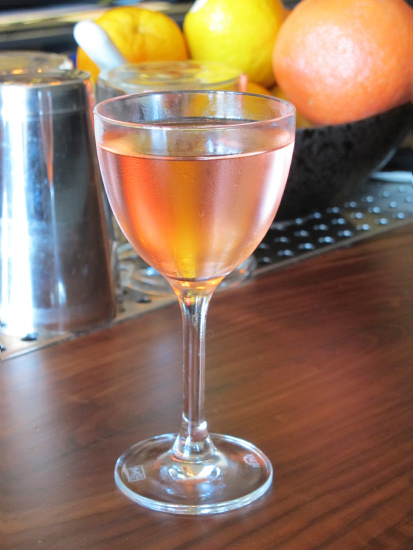 The menu starts off with two aperitif cocktails, this first one is Knife in the Water (manzanilla sherry, Salers Aperitif, Dolin Blanc, Peychaud’s Bitters) that is light and lovely, with enough bitterness to whet the appetite, but enough complexity you don’t notice the lighter ABV. If you are a white spirits fan, this is your drink. 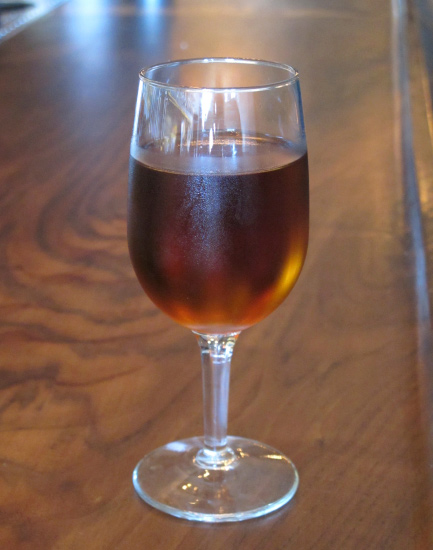 The evil twin of the two aperitif cocktails, Spanish Prisoner (amontillado sherry, Bonal Aperitif wine, Cardamaro Vino Amaro) has a heaviness that appealed to my love of whiskies and Manhattan cocktails. Darker, richer, with more woodsy botanicals and bitterness that make a fine start or end to an evening. 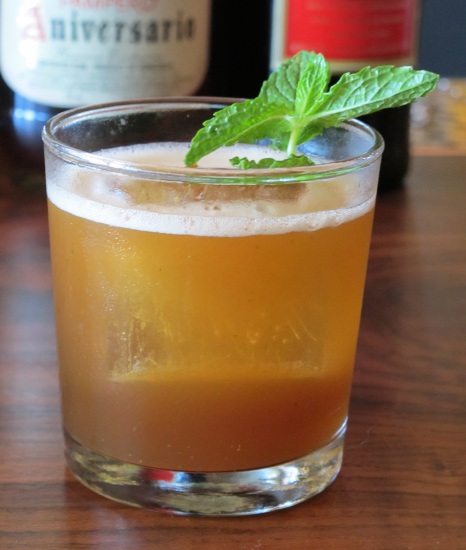 The newest drink on the menu is the Brass Smash (Pampero Aniversario Rum, Cynar, lemon, mint, rich simple syrup) is both refreshing and interesting combination of rum and Cynar. It’s delicious enough to warrant two or three on a warm day, four or five on a cold one. 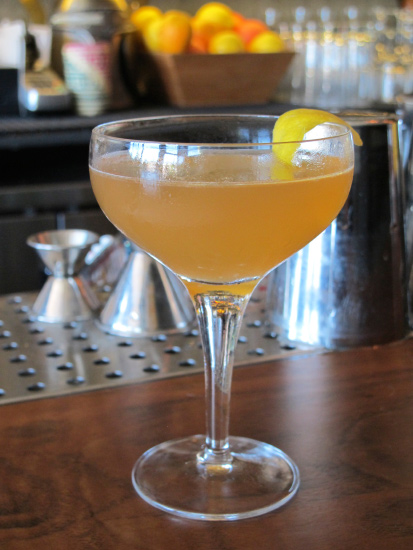 This drink comes from bartender Mitch Lagneaux, who will also be behind the bar at Bergerac. To Wong Foo (brandy, Cocchi Americano, pamplemousse, lemon, Smith & Cross Rum) is a twist on a classic Side Car that goes down just as easily. 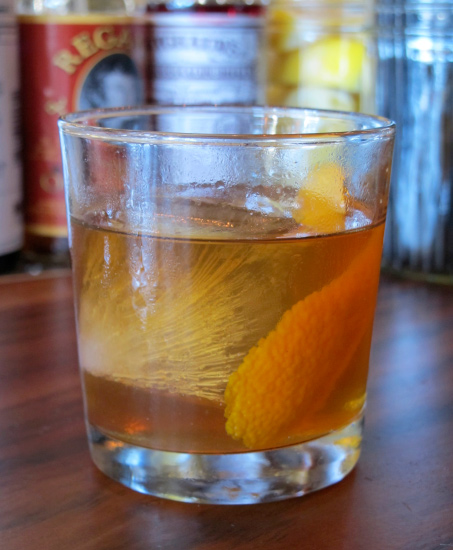 Another one of my favorites, this (seemingly) simple variation on an old fashioned uses a root syrup that is made with a large number of botanicals, including licorice, vanilla, and sassafras. The Conversation (rye whiskey, root syrup, orange bitters) is one you want to take your time with, mostly because it gets better as it sits and dilutes. The flavors are floral and woodsy, almost meadow like.

On Her Majesty's Secret Service 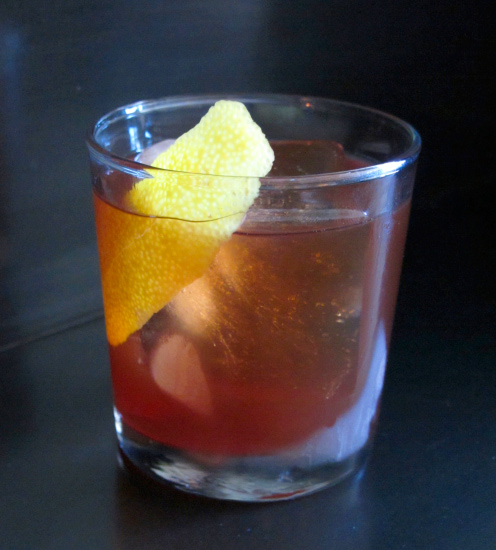 Another one of Lagneaux’s drinks, this twist on a Bobby Burns is as heavy and warming, as you would expect. Delicious dark, On Her Majesty's Secret Service (scotch whisky, Benedictine, olorosso sherry, angostura bitters) is as dangerous as an MI-6 agent. 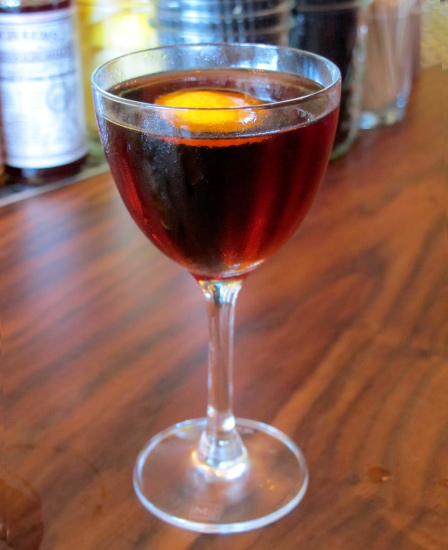 The Italian name for the classic western movie The Good, the Bad, and the Ugly, this cocktail is so rich you could chew it. Wonderfully dark, smokey, with woodsy edges gleaming with an edge of chili pepper heat, the Il Buono, Il Brutto, Il Cattivo (mezcal, Averna, cacao liquer, Hellfire bitters) makes a perfect nightcap.

Gotta get over there to try their take on 'Root Syrup'!