A Preview of Bergerac's Cocktails in San Francisco

The cocktail bar Bergerac will open this Saturday, but I had a small preview of some of the drinks on the menu courtesy of Russell Davis who is the mixology consultant on the project. Davis worked at Rio Grande, created the program at Ice Cream Bar, and is a guest expert on the television show Bar Rescue.

The drinks at Bergerac are not all his creations, and he brought in some from Yael Stormborn (winner of last year's Speed Rack competition who recently relocated from LA) and possibly other members of the team that includes Alex Velez (recently relocated from New Mexico). I believe both of these bartenders are also working at the nightclub Audio Discotech upstairs from Bergerac.

The full menu wasn't complete on my visit, but it will be divided into several sections including approachable, complex, and high- and low-ABV drinks. Davis has definitely had some fun with the menu, including drinks that are definitely not trendy in cocktail bars. 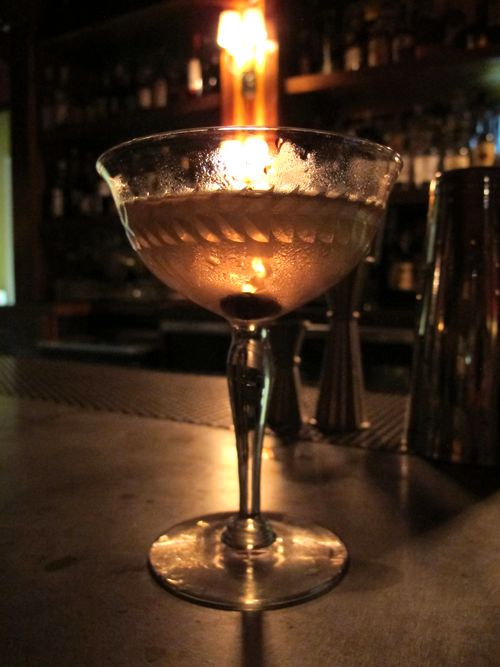 Another surprise drink on the menu is the Fireball Inside Her, which is a shot of Fireball Cinnamon Liqueur dropped into a glass of cider. (In cider, get it?)

Fireball has become a favorite ironic shot of bartenders over the past couple years, and this drink tastes a lot better than it should. 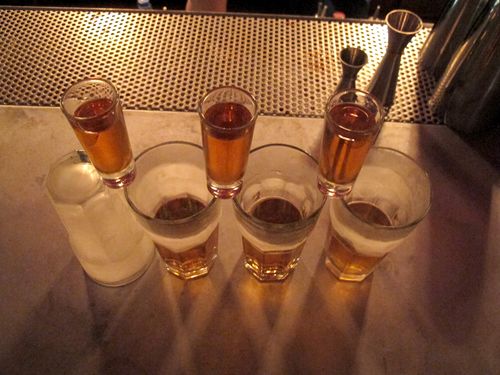 A more serious, but equally delicious drink is the Silent Agenda. It contains apple brandy, pear brandy, lime, grenadine, bitters, absinthe, and seltzer. I always like the combination of absinthe and strong fruit flavors, so this drink was a no-brainer for my mouth. 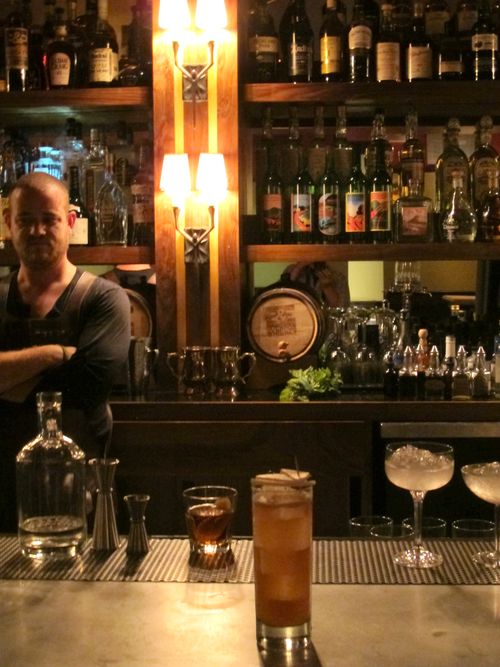 The Midnight Hour is a drink that reads like it's going to be thick and heavy but is surprisingly light. It is made with equal parts of Yellow chartreuse, Maurin Kina, Tomintoul scotch whisky, and lime juice. It's garnished with a sage leaf and smoked black Hawaiian sea salt. The whole thing is refreshing and smokey and the salt is a nice touch. 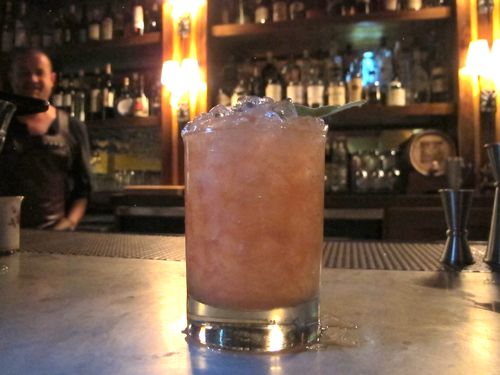 For the Live and Let Die, Davis was more creative, including coconut oil-washed pisco, Campari, a house blend of sweet vermouth (a blend of a few commercial brands), Fruit Loops foam, and lemon zest. The Fruit Loops foam  was made by soaking the cereal in water, adding egg white and syrup, and charging it in a whipped cream canister. 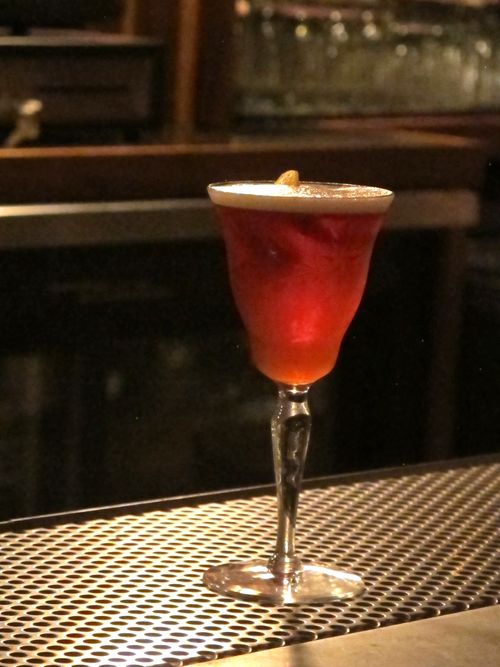 A final drink I tried during the preview is the Annie Forget Your Gun. It was the simple and surprising combination of Branca Menta, house-made chocolate syrup, and soda water; served in a frozen glass.

It's low in alcohol, delicious, and refreshing as all get-out. I think they should serve it in Big Gulp size. 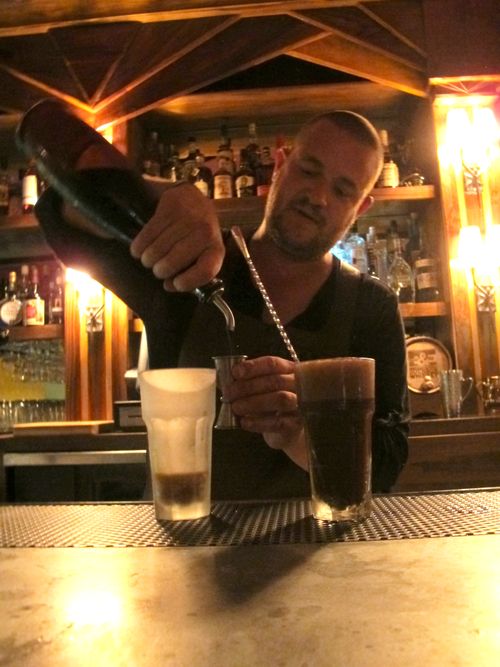 I look forward to seeing (and trying) the rest of the menu. 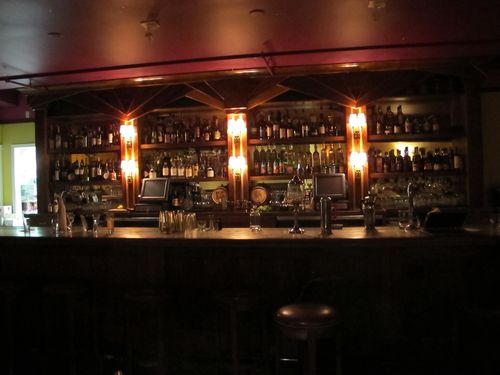 The Fireball and cider concoction is known, sadly, as "Angry Balls".

I'd rather listen to Deep Purple's Fireball album.. ;-)