This is the booze that's showed up on my doorstep this week- some of it is new; some of it has been around for a 150 years or so. What looks good?

It was a good week! 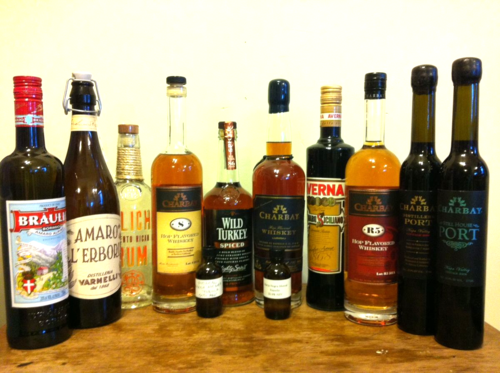 As you can see the first one of the Charbay line I popped open was the "S" hop whiskey. It's crazy.

Just tasted it: Intense. Still has that sticky resin/weed thing going, not even tempered by wood all that much.

Sounds good! Does the additional '8 years in neutral vessels' change the spirit much? I've tried a few old bottles recently that have been tempered by the glass, does it have a similar effect?

It shouldn't change much at all unless there is a lot of oxygen in with the spirit. I doubt they'd do that as that tends to flatten out flavor.