The press preview for TBD, the forthcoming restaurant from the neighboring AQ in San Francisco (in order to find the website it was fun to Google "tbd aq sf") is Thursday, but I got a chance to get a sneak peak at the cocktails from bar manager Timothy Zohn.

As you can see, the place is not quiiiite finished yet, so we actually met over at AQ. 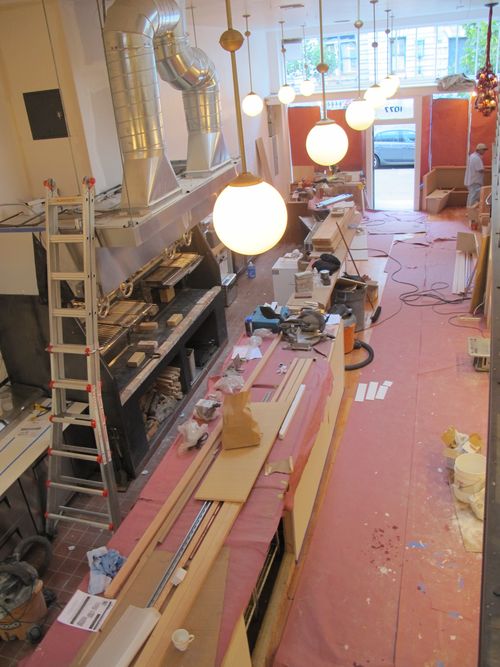 Zohn is reliquishing his job at AQ and taking over at TBD, with a short cocktail menu created with just a beer and wine license. Zohn says that he is trying not to over-emphasize cocktails at the restaurant: the goal is not to have people drinking them all through dinner and not having to endure loud shaker noises through their meal.

He calls the cocktails "loopholes" as they fit through the loopholes that makes fortified wines legal to sell as with a beer/wine license. The first drink he made for us is a great example of that:

Nogroni - One ounce each of Peychaud's bitters, juniper-infused Tio Pepe sherry, and Put e Mes. This drink will be on draught after they get up and running. 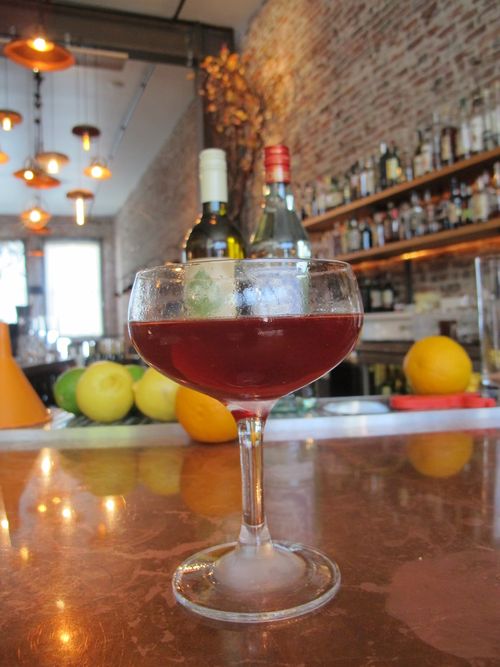 Beergarita - With lager beer (most likely Tecate), lime, simple syrup, and Regan's orange bitters infused with burnt orange and burnt leaves, this is like a non-spicy Michelada. Really refreshing and easy to drink. 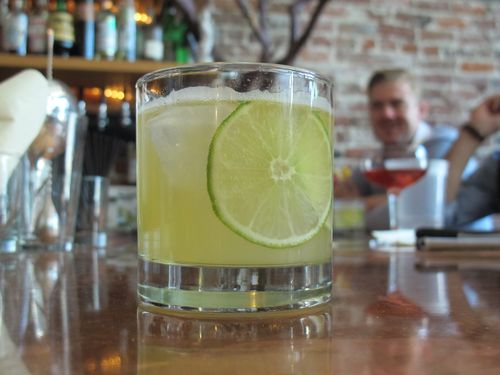 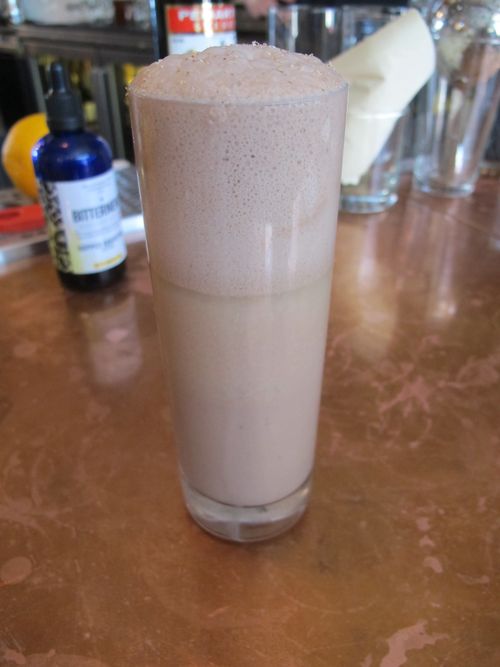 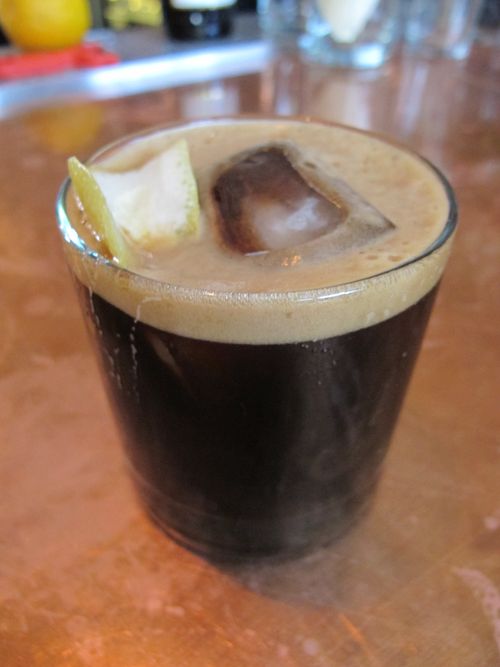 Churchill's Bane - A version of this drink has been on the menu since AQ opened. They keep reimagining it for each season. This version contains juniper-infused Dolin blanc, Imbue Bittersweet vermouth, orange bitters, and juniper tincture. 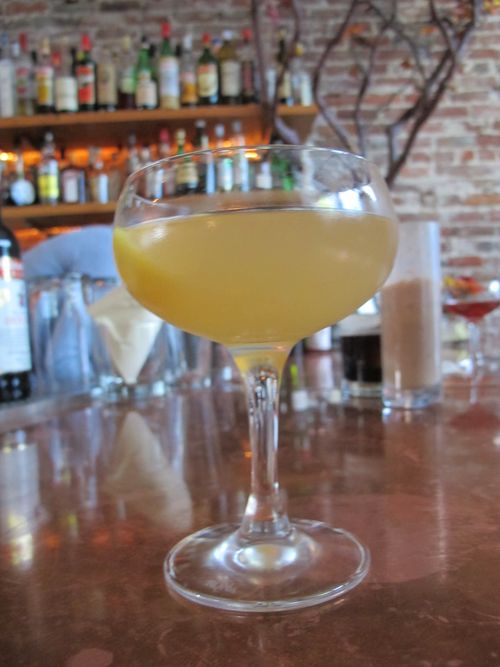 In the future they'll have: