Drinking in the Czech Republic

A visit to the Czech Republic means breweries, beer, more beer, and time for a single cocktail in one of Prague's best bars.

This past summer I had the opportunity to travel to the Czech Republic to explore the country’s drinking culture. Frankly I knew nothing about the place, so little in fact that I kept calling it Czechoslovakia until I was sternly corrected that the country had split into two 20 years ago.

What I learned: The Czechs drink a lot of beer, some cocktails, and spirits like slivovitz (plum brandy) and Becherovka. 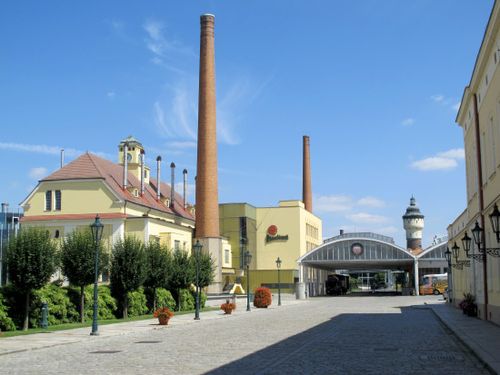 My first stop was the town of Pilsen, where the pilsner style of beer, a pale lager was developed in 1842 for what is now Pilsner Urquell. In continuous production since then, the beer is light with good creamy foaminess that always arrives in a glass with a cap of foam. And it is usually Pilsner Urquell.

The brewery is HUGE, producing a large range of brands and products, but the most popular is their pilsner. 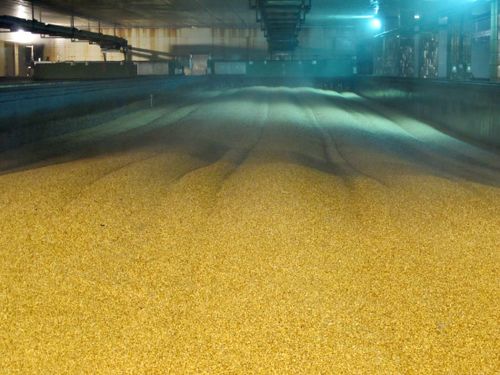 I got a chance to peek my head into their malting facility, where a 10-day process, three days of soaking followed by seven of germinating, turn the starches in the barley into accessible sugars and activate the enzyme amylase that makes any residual starches into sugars for the yeast. 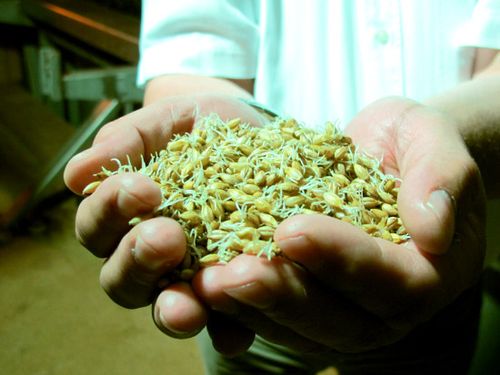 The facility is nice and dark and has a super interesting smell, like nori and wet chicharrones. The fresh sprouted grain is mildly sweet when eaten as is. After malting, the grain is lightly kiln dried, with the roast being the lightest possible in the scale of malt. Some time in the beer kettles with Saaz hops (also grown in nearby Zatec) go in for flavor, fermented then bottled. 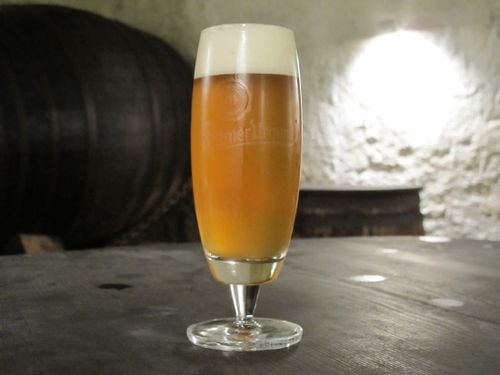 For the tours, Pilsner Urquell makes batches of the very old style of pilsner that is both unfiltered and unpasteurized, both aged and fermented in wooden casks deep under ground in special caves. The beer is quite possibly the best beer I’ve ever had, easily: creamy, rich, yet light and refreshing all at once. 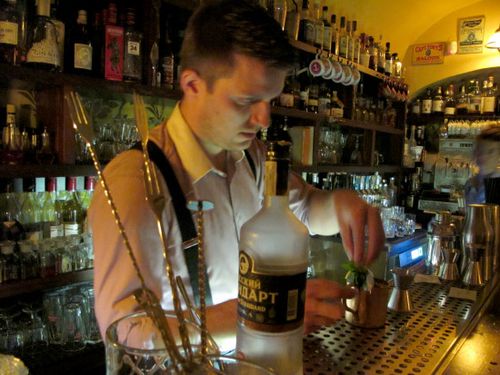 My next stop was Prague where aside from beer bars, it is home to two well regarded cocktail bars—Black Angels and the Hemmingway Bar. The lateness of the day only allowed a visit to one, so I swung by Hemmingway. 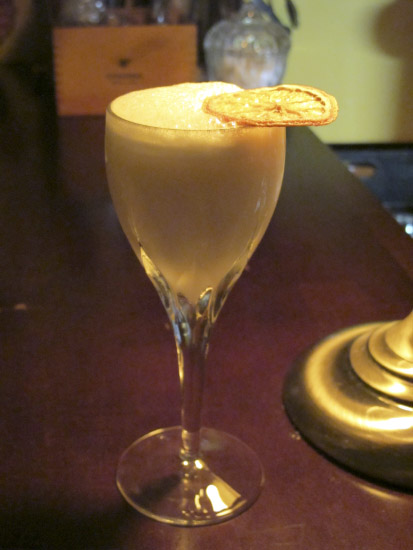 The drinks list was short and sweet, but included a wonderful Becker Butter Sour (butter infused Becherovka, lemon, egg white, orange chip). Becherovka also makes an appearance in the most delcious combination of cocktail found everywhere in the Czech Republic: Be-Ton which is Becherovka and tonic. Especially great out in café in the sun.

But even in the capital, beer was drink of choice. The city is a crazy mix of old with super new, and nothing exemplified that than my two favorite beer bars on that visit: The Golden Tiger and Lokal. 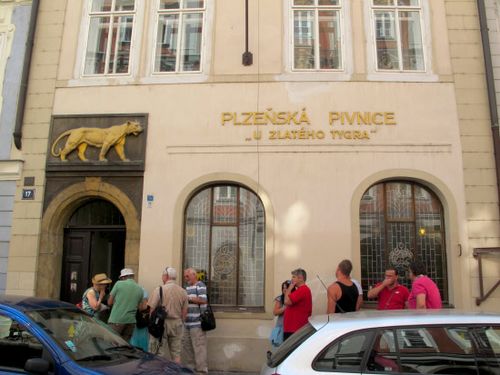 The Golden Tiger is an old school pub, and they only offer one beer, Pilsner Urquell. The second you sit down there is a beer in front of you, and the second before you can finish, a new one appears in front of you. The beer here was exceptional fresh and the divey nature of the place is charming. The secret to not ending up there ten beers later? Pay your tab and they stop coming. 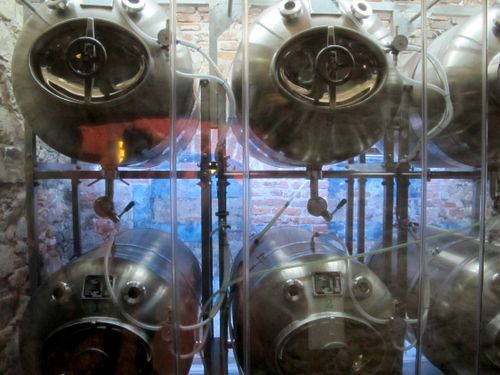 Lokal is modern and specialized in what they call ‘tank beer’ which is beer delivered in by tankers full of beer and kept in special bag lined stainless steel tanks. The bags keep the beer from having any contact with air, but also keep excess C02 from dissolving into the beer and making it overly fizzy. The beer is usually unfiltered and unpasteurized remarkably fresh.

Here, as in many other pubs in the Czech Republic, they practice a variety of pours for beer, specifically for Pilsner Urquell. If you order a simple beer, you’ll get a mug with a couple of inches of foam, but you can also order other kinds. A small taste is called a Snyt, said to be the barman’s quality assurance pour, when they come in to taste the beers before opening. 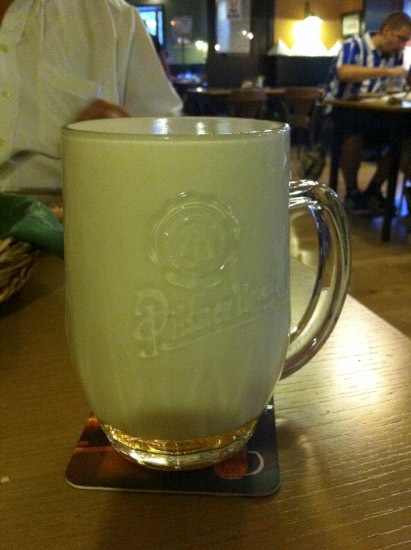 The most unique is the Mliko, which translates into milk. By carefully adjusting the pour nozzle of the tap, they can pour a dense and creamy glass of what looks like foam. It sounds terrible, but it drinks like a thin malted milkshake. Weirdly delicious and oddly doesn’t make you burp.

It just makes you want another.