All About Absolut Elyx and "Sacrificial Copper"

Absolut Elyx is the newish, high-end expression of Absolut vodka. On a trip this past winter to Ahus, Sweden, where Absolut is made, we took a day to learn about Elyx. 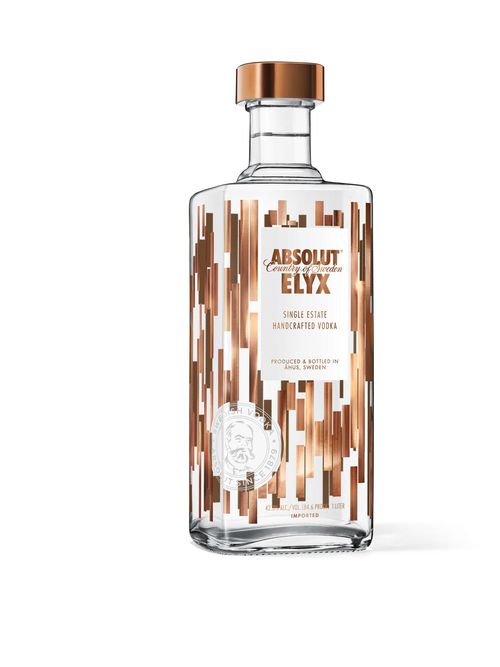 Elyx is a single-estate vodka made in Absolut's old distillery (the new one is only 5 years old), in amazing copper column stills dating to 1921. I wish I had more pictures to share but they weren't allowed on our tour.

The winter wheat for Absolut Elyx is grown on an estate named Rabelof. Rabelof is located near Ahus, and everything for the vodka comes from within a 25km radius of the town. Here's a picture of a wheat field. 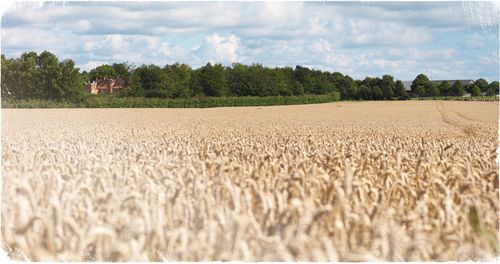 Like regular Absolut, the water comes from the large aquifer beneath Ahus.

The first distillation of the wheat is actually done at Absolut's newer distillery in Nobbelov. There, they use the same yeast and the same two first columns to distill Elyx. 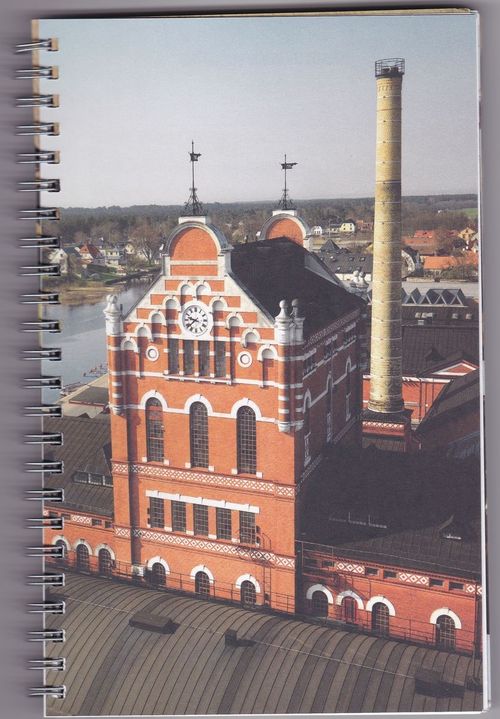 The old distillery, scanned from a brand book they gave us.

In the tops of the column stills, they add "sacrificial copper." I recently learned and shared how in column distillation, copper is very important, but only needs to be present in certain parts of the distilation process in a column still.

From my understanding, the first stage of distillation is stripping out the liquids from the solids, and then the alcoholic vapors are refined often within the same column. This happens at the top of the column in a bourbon still, where you'd find "bubble caps". Bubble caps are a method of adding more copper into the process, and copper combines with sulphurous compounds so that they don't make it into the final spirit.

Beyond bubble caps, some distillers use a version of Brillo pads (shredded copper) in their stills. At Absolut they use small segments of copper pipe that are further punctured increase surface area exposed to the alcohol. They use this sacrificial copper in regular Absolut, but apparently for Elyx they use new ones for every distillation run.

After the first distillation (in the first two columns) at Nobbelov, the 85% alcohol spirit then travels to the old distillery at Ahus. There it is rectified in column stills dating to 1921. This part of the distillery is rather gorgeous, with huge tall copper columns with wooden insulator jackets surrounding them. The building is filled pre-computer analogue dials, gauges, old pumps, leather belts, and big piston engines.

Here, the spirit is distilled in one extraction column, two rectification columns, and in two methanol columns. As at the new distillery, there is also a recovery column that recycles waste products. when they say "new ones for every distillation run" I bet what they are doing is just thoroughly cleaning the copper to maximize its action. I bet they've experimented a lot and know just where to put it to make it as effective as possible. pot still aren't thoroughly cleaned after every use because somehow a degree of tarnishing produces the most favorable results.

the Scottish chemist/distiller S. H. Hastie tell a great anecdote about over cleaning copper in this paper I collected from 1928. http://bostonapothecary.com/?p=1148

there is some concern these days about too much copper influence in spirits and due to limits on regulated compounds like ethyl carbamate and dissolved copper salts, some parts of copper stills like condensers are being replaced with stainless.

They literally have pieces of copper pipe that are punctured to splay them out, which they drop into the columns.

I wonder if those copper salts would get filtered out in today's filtration systems; I suppose not if they're soluble.

I was told by a professional distiller that it's actually the copper oxide and not the copper that binds sulfur and so cleaning the copper surfaces (or rather exposing bare metal) reduces the action. (Which, as you've related, may or may not be desirable.) This seems counter intuitive and I haven't yet myself checked out the chemistry, but I trust him.

Not sure about Absolut's setup, but usually the primary purpose of the copper -- often copper mesh -- is as reflux material. The goal is to create a large surface area that the vapor can condense on and fall back into the pot.

I would think that any metal could be reflux material (and I would guess that the less conductive the better for reflux so copper wouldn't be the obvious choice), but the reason that copper is chosen is for its reactive properties. And by increasing the surface area of copper it allows for more interaction. So my thought is that the position of the copper is due to reflux/steam contact but the choice of metal is due to its cleaning properties.