Update: Jared Anderson also won the national championship, and thus a trip to Iceland! See below for his winning recipe.

Last night five bartenders competed in the San Francisco regionals of the Pavan Sangria Challenge. These were whittled down from many online entries to the final five by none other than Gaz Regan.

This cocktail contest is interesting not only in that it's a sangria contest (playing to Pavan's South of France, hot-beachy roots) but also because the prize is determined by the winner.

Bartenders chose a dream destination and had to make a sangria that embodied that trip. After the national finals that take place in NYC in February, the winner and a guest will get to take the dream trip they proposed. Sweet.

Last night at El Techo de Lolinda, a rooftop bar in San Francisco's Mission District, the competition took place. Three judges: Myself, Reza Esmaili, and Summer-Jane Bell judged the contest. We each had one vote toward the winner. The Pavan brand team had one vote, and event attendees also got one combined vote.

Hi-Lo BBQ bartender Meryll Cawn's dream destination is Morocco, so she brought the Middle Eastern spices into the mix with Pavan, saffron-infused gin, preserved lemon, and an ingenious base of mint tea rather than wine. 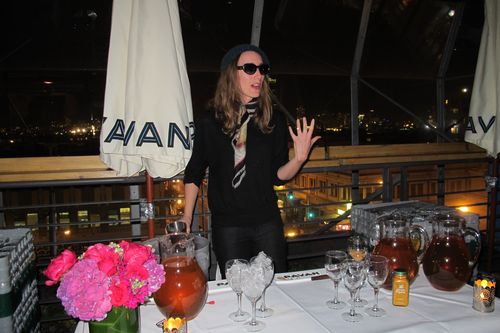 Susie Robinson of Novela has Portugese roots and her destination is Madeira. She made a light and refreshing drink with pear and lavender-infused Madeira wine, vinho verde wine, Pavan, and a dash of lavender water. She garnished the drink with floating pear slices. 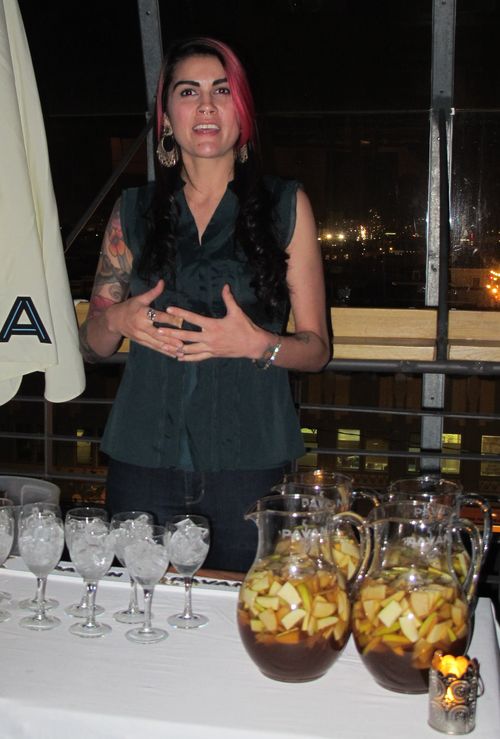 Mathias Simonis of Trick Dog put out tropical glassware and put on tropical grass-wear (har!) and a sangria inspired by the island of Tahiti. His drink contained the fascinating mix of Pavan, Dolin dry vermouth, calvados, coconut water, ginger and lemon-infused orgeat, green tea, calamansi lime, and Jamaican bitters. The then garnished the drink with pears, apples, limes, lemongrass, and mint. 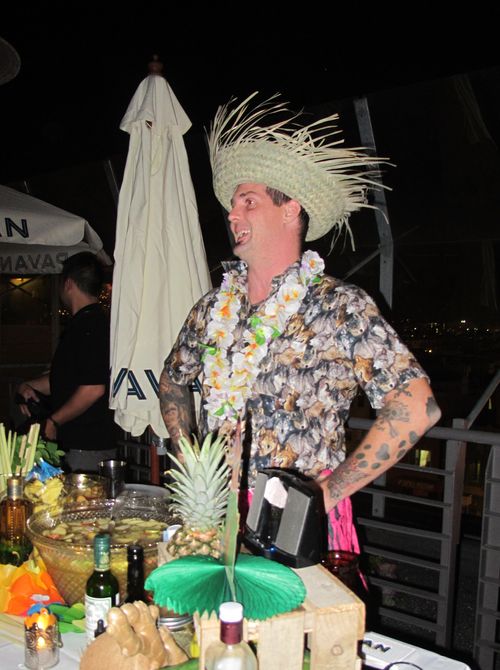 Ian Adams of 15 Romolo took his inspiration from Spain, particularly Southern Spain. He said he's actually planning to take the trip anyway but was hoping Pavan would help him do it (perhaps he will win the wild card vote on Facebook...).

His drink was assembled with Pavan, palo cortado sherry, cava sparkling wine, armagnac, oleo saccharum, and cacao nib tincture for a chocolatey finish that married wonderfully with the sherry. The winner of the contest was Jared Anderson of Comstock Saloon and 15 Romolo. His sangria was inspired by Iceland, and he decorated himself with winter wear and created an atmospheric setting with a Sigur Ros DVD playing in the background.

He said that Iceland made him think of gathering after a cold day with a group of friends over hot drinks. His punch contained flamed 151-proof rum, Pavan, Chardonnay, homemade spiced apple butter that included sherry vinegar, and apple juice. 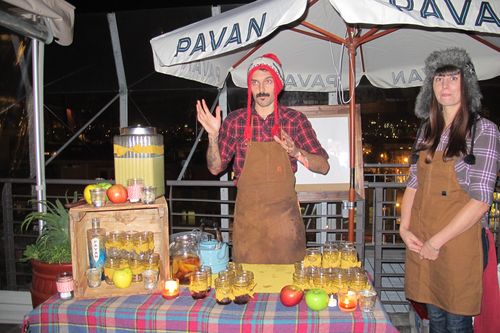 The drink was really interesting in the way that Pavan, which tastes floral and fresh-grapey, changed to be almost a cooked-grape flavor in the hot drink and that married with buttery Chardonnay and actual butter. (The people enduring snow on the East Coast right now wish they had a glass of this.)

Overall the contest showed a pretty spectacular variety of interpretations of sangria in just five drinks. It was an impressive show on all parts. 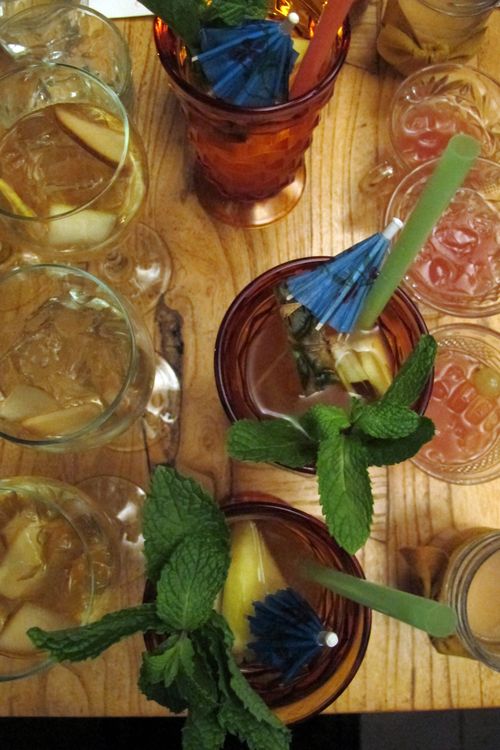 Congratulations to Jared Anderson and best of luck next year in New York at the nationals! 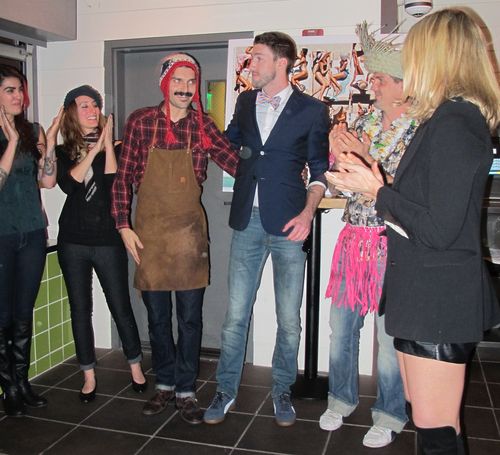 For more information about Pavan go here and to learn about the other regional and national competitions follow this link.

His cocktail recipe, which would probably be well-received given the weather back east right now, is below. Congratulations Jared!

Method: Pour the rum into the glass and ignite it with a match. In a separate glass, mix all other ingredients. Next, carefully strain liquid over the burning rum. Garnish with an orange twist.

*For apple butter you can simply make by reducing fresh apples with water, cider vinegar, and spices; or for a quick and easy solution, you can find it at most food stores and farmers markets.