The Wide Variety of Irish Whiskey Made at Midleton 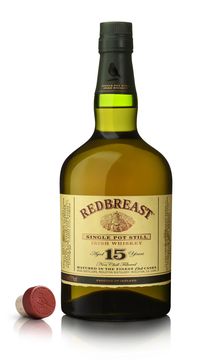 On a recent trip the distillery for a big celebration (I wrote about that here), I learned more about the differences between various products, and gained some perspective on where Irish whiskey sits in with other products.

To hugely oversimplify what are the constants and what changes in different types of whiskey:

There are big exceptions to all of the above.

But just looking within Midleton, they don't make just one triple-distilled pot still whiskey; they make four. I believe these are designated internally as light, two different medium ("mod pot"), and a heavy. These are made by different variations on the mash bills (ratio of malted to unmalted barley), how high they distill to, and where they cut heads and tails in the distillation.

They use these distillates in different ratios in the final products. That's why the Single Pot Still Irish Whiskeys made at Midleton can have such distinct personalities, despite all sharing certain characteristics such as apple and butter notes. They're made from any of four malt/unmalted pot still whiskies, aged for a different number of years in different types of barrels, and bottled at different proofs.

From one distillery comes many options. 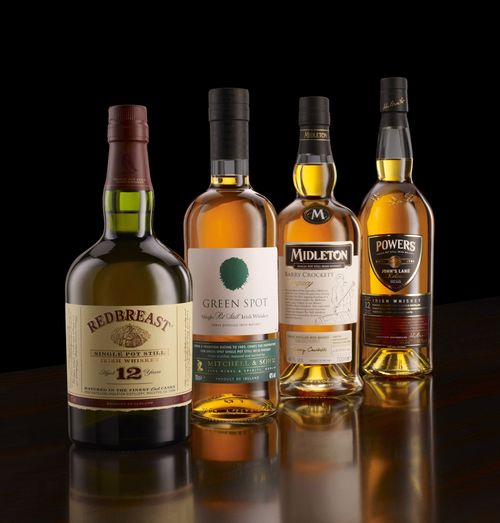 So any ideas about what the Redbreast is? I'm guessing its based on the 'heavy'.

And are the 12 and 15 even the same blend of distillate?

Did you get a chance to try and of the four distillates unblended?

I don't know either but I'd also make a guess for there being a good proportion of 'heavy' in Redbreast.

This visit wasn't an opportunity to taste the different distillates but would be great thing to try sometime, either right after distillation or after aging. (Not positive they age the distillates separately but that seems to make the most sense.)

I've heard Knappogue Castle is also made at Cooley. How does one track down the labels of whiskey that come from each of these distilleries? Why are there only 3 in Ireland? Is it a legal thing?

Yes, Knappogue Castle is made at Cooley. In most spirits in the world there are no tracking mechanisms to tell where something is made (tequila is the only exception that I know of, as every 100% agave tequila is labelled with a number corresponding to the distillery where it was made), and it's super common for multiple brands to come from a single distillery.

As for why there are only 3 distilleries in Ireland, here's a brief history of it:
http://www.alcademics.com/2012/03/irish-whiskey-history.html

It's not a legal thing at all, it's an economic thing. That's all changing now with a bunch of new distilleries opening.