In early 2013 I visited the Town Branch Distillery in Lexington, Kentucky. At the time it was the newest addition to the Kentucky Bourbon Trail.

My visit was part of the Bourbon Classic, a great event that is taking place in 2014 on Jan 31 and Feb 1.

The distillery goes by a lot of names, so let me try to clarify as best as I understand it. The Town Branch Distillery is owned by the Lexington Brewing & Distilling Company, which is a division of Alltech.

Alltech is a huge international company dealing with yeast and I believe that yeast is primarily used in animal feed supplements. The company was created by Dr. Pearse Lyons, who studied brewing at Guinness and Harp in his early days. So the yeast connection all makes sense.

Before the distillery part of the operation was created, they began making beer here. The flagship brand is Kentucky Bourbon Barrel Ale, which is aged for six weeks in ex-bourbon barrels. It's only available in a handful of states, and I recommend trying it if you can get your hands on some. 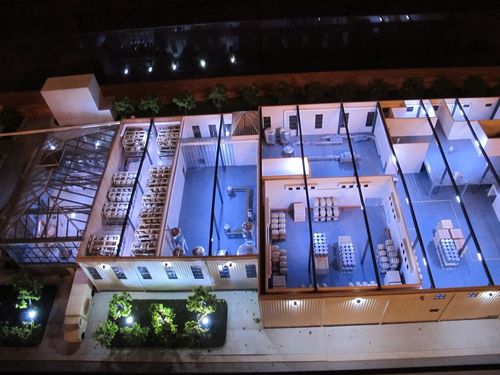 The distillery was added on to the small brewery and is the stills are housed in a glass-walled room with gleaming copper pots.

With the exception of Woodford Reserve, all the major bourbons in the US are made in continuous column stills.  At Woodford, they distill three times in copper stills. The first distillation primarily separates the solids in the fermented mash from the liquids (alcohol and water), then the second and third distillation separate most of the water and impurities from the alcohol. 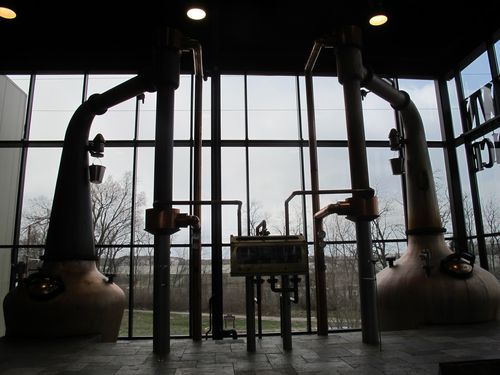 At Town Branch, there are just two pot stills. The reason they don't need a third distillation is that the mash (beer) doesn't contain solids. (Note that in Scotland they also distill twice, but they have a step where they remove the solids from the beer that they don't usually do in the US.) Town Branch uses something called 'gelatinized corn' as a raw ingredient that they don't have to grind up and cook, unlike most distilleries.

The Town Branch Bourbon uses a grain recipe of 72% corn, 15% malted barley, and 13% rye. In the fermentation process they use enzymes and after this is done there are almost no solids left in the mash.

The Pearse Lyons Reserve in a single malt, so it uses all malted barley.

The beer, which is fermented to around 8% alcohol, is distilled to 28-30% on the first distillation and up to 67-68% on second distillation.

After distillation, the Pearse Lyons Reserve ages in new barrels, used barrels, and wine barrels. The cool thing about the used barrels is that they were the ones used for the beer, so in fact they were used once for bourbon, then once for beer, then again for the single-malt.

The Pearse Lyons Reserve single-malt is aged for nearly 4 years, and the Town Branch is aged for 3.5 years at minimum. They also make a coffee-infused bourbon called Bluegrass Sundown. They use this in a version of the Irish Coffee at the on-site tasting room by adding boiling water and cream on top.

This visit was a great chance to see a small-batch distillery making American whiskey a different way along the Kentucky Bourbon Trail. 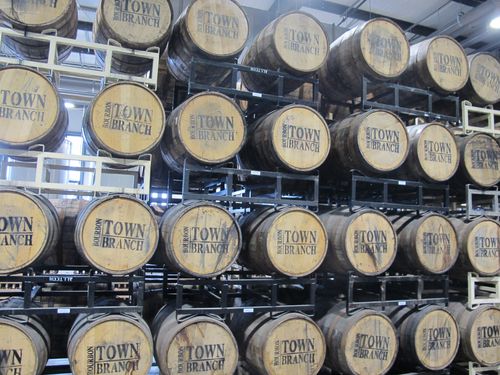