In 2008 I first learned about Four Roses Bourbon and its history. Then in 2010 I had the chance to visit the distillery and wrote it up here.

In early 2013 on a trip to the Bourbon Classic event in Louisville I had a chance to visit a second time. These are some notes from that visit. 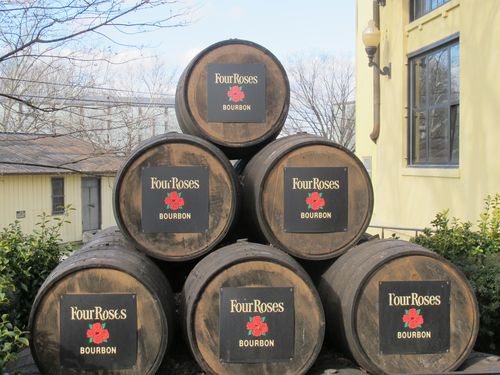 Four Roses fills 280 barrels per day, a drop in the bucket compared with other bourbon brands.

Their corn currently comes from Indiana and rye from Denmark. The grains are smashed up with a hammer mill before cooking. In the cooking process first they add corn and cook it, then cool it and add rye, then cool it more and add malted barley.

They have 23 fermentation vats and ferment for 75-90 hours depending on the season. About 25 to 30 percent of the fermenting mash is "backset" aka "sour mash" - the solids that come out of the still of the previous batch.

The water they use comes from the local river, and they have to stop production if the river water gets too low or too hot in the summer. 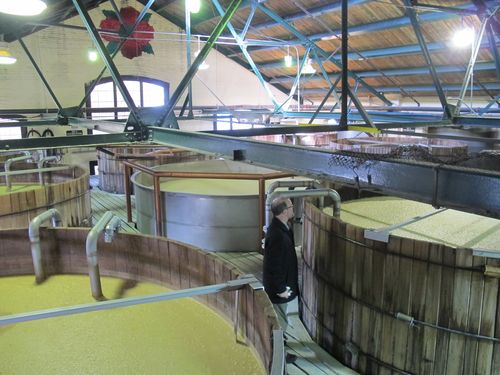 They distill it to 132 proof in the column still, then up to 137-140 proof in the doubler (which is like a continuous pot still - see this post for more info).  Unlike other bourbon distilleries I've seen, the doubler at Four Roses looks like a traditional pot still with a lyne arm rather than just an oval container with no swan's neck at all. 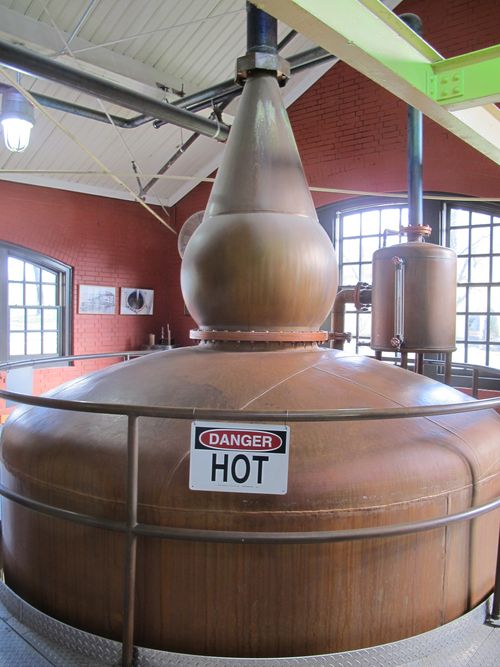 The whiskey is then diluted to 120 proof before aging in the barrel. 125 proof is the legal limit for this. 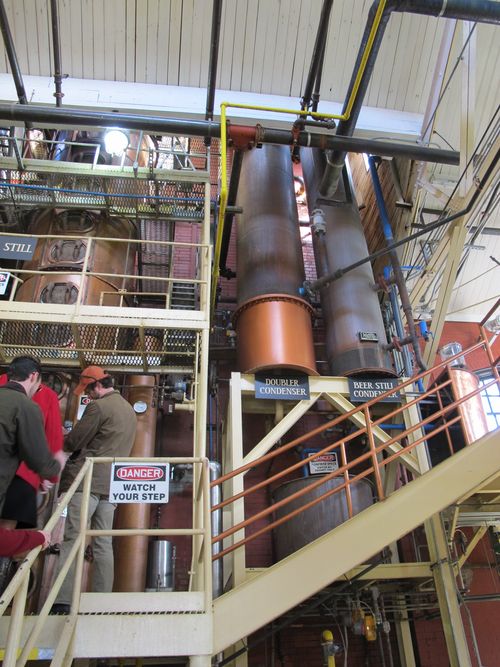 So hopefully with this post, plus the previous ones on blending and brand history, a fuller picture of Four Roses comes to be.