The Long Now Foundation, located in Fort Mason next to Greens, is opening an as-yet-unnamed salon that in the meantime they're just calling The Salon. They've been raising funds for a while now, but plans are to be open early in 2014.

Jennifer Colliau is leaving the Slanted Door Group soon, where she's bartended for over eight years, to take the job as Bar Manager. You also know Colliau as the producer of Small Hand Foods syrups. 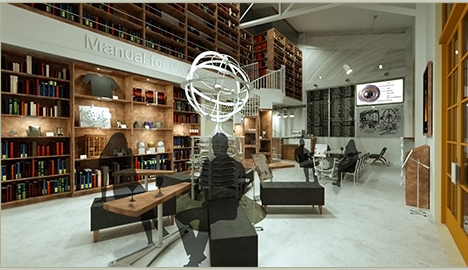 The new bar sounds very cool for a few reasons. The Long Now Foundation is dedicated to long-term thinking, so the theme of the bar is time. The actual bar top will be a slab of stone cut out from a mountain where the foundation is building a 10,000 year clock. The Salon will be filled 3,500 crowd-chosen books containing the information thought necessary to restart civilization. (So let's hope there's a distiller's manual in there somewhere.)

Keeping with the time theme, they'll be making a variety of aged drinks like Mexican Ponche de Granada that will be made every year and be offered in vintages, as well as barrel (or possible stave)-aged cocktails.

The other cool thing is that since the Salon will be located in Fort Mason, they are technically in a federal enclave and not subject to California law. This will allow them get around a few different rules that other bars are subjected to. For starters, they'll be able to offer whiskey directly from a barrel rather than from bottles, and it will continue to age until it is consumed. (Though in order to get that barrel full of whisky it will have to be removed from a barrel, put into labelled bottles, and then dumped back into the barrel.)

They're partnering with St. George Spirits on this whisky and distiller Lance Winters has produced limited edition whiskey and gin just for the bar. 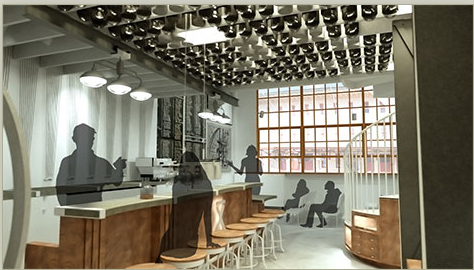 Colliau has been working with the bar designers to build an efficient workspace, and is putting a special emphasis on being environmentally sensitive and working on solutions to disposable plastic straws, for example.

We're a ways off from the bar opening, but I'm excited to hear more of what's in store for this place.