A while back I enjoyed a brief visit to the Bushmills Irish Whiskey distillery, located at the northern tip of Northern Ireland. 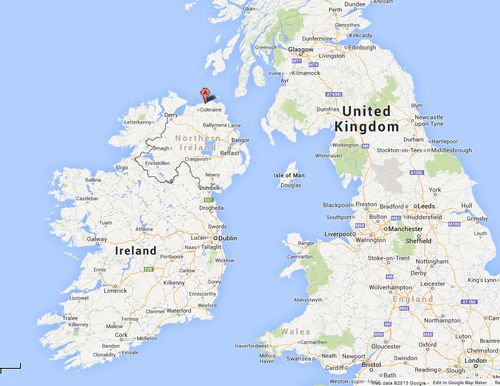 Bushmills is located super close to the Giants' Causeway, a natural phenomenon that brings tons of tourists through town every day. Pretty much all the tours also stop at Bushmills, whether that's for a full distillery tour or just a meal in the visitors' center restaurant. 92,000 people visited the distillery in 2012. 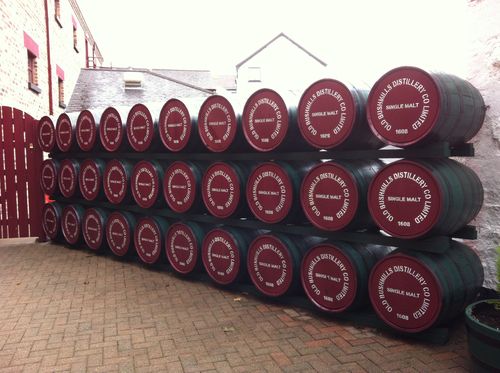 Bushmills doesn't have column stills; all the whiskey made here is triple distilled from 100% malted barley. (Thus the same as single-malt scotch except that it's distilled an additional time.)

The barley for Bushmills is grown in Cork, down in the south of Ireland. It is malted  and ground into a grist. The water for fermentation comes from a tributary of the Bush River nearby.

Like single-malt scotch, the malted barley has added hot water to it in a mash tun, and then its drained. This is to keep the fermentable sugars in the water but get rid of the solid bits that gum up the works. It is transferred to a wash back, where it is fermented with brewer's yeast for about 50 hours. The resulting beer is around 8% ABV. 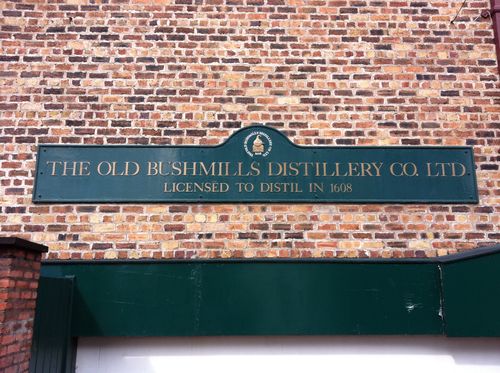 The beer is then distilled. Bushmills has 10 pot stills (2 wash stills and 4 each feints and spirit stills) in a surprisingly small, crowded room. According to my guide, the whiskey is distilled up to 25-30% ABV on the first distillation, then 70% and 84% after the second and third distillations.

Like scotch whisky, they redistill the heads and tails in the next batch so there is no waste. The "pot ale" that is the leftover stuff from the first distillation is made into a syrup and sold for animal feed. The spent barley grain is also sold for animal feed, as it is at most grain distilleries.

The water used to dilute the whiskey to final bottle strength is reverse osmosis-filtered municipal water. They put whiskey into the barrel at 63% ABV. 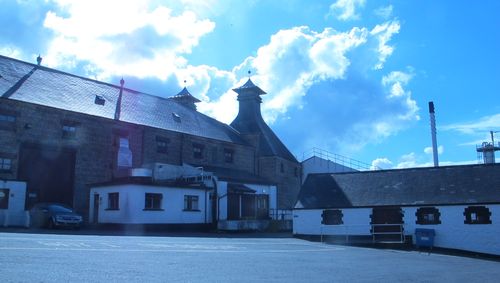 Four different types of barrels are used to age Bushmills: ones that formerly held bourbon, oloroso sherry (from the Paez bodega), port, or Madeira. They said they reuse their ex-bourbon barrels 3 times before they're no longer useful. 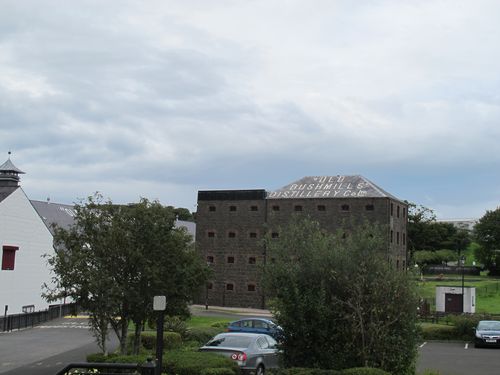 Black Bush is about 80% single-malt and 20% grain whiskey. It is aged in around 70% ex-sherry casks and the rest in ex-bourbon.

The rest of the line are single-malts.  The 10-year-old is about 90% ex-bourbon aged, with the rest sherry.

The 16 year old Bushmills is aged in bourbon and sherry casks in equal volumes. Then the whiskey is blended and finished in ex-oirt barrels fro 6-9 months.

The 21-year-old is also made up of whiskey aged in bourbon and sherry casks for 19 years, then finished in Madeira casks for 2 years.

All Bushmills is bottled at 40% ABV and chill-filtered. The only exception to that was the 1608 that is no longer available.

Bushmills sells around 880,000 cases annually, with the US its biggest market. They have 80 acres of land on which the barrels age. As it's such a small distillery, they distill 24/7 throughout the year with the exception of 2 maintenance periods. 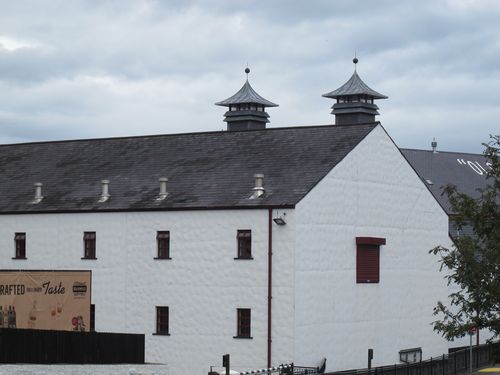 No pictures were allowed inside the distillery, sorry for the lack of razzle-dazzle.

"Original Bushmills is 55% single-malt and 45% grain whiskey." idk where you got that from but it has to be wrong