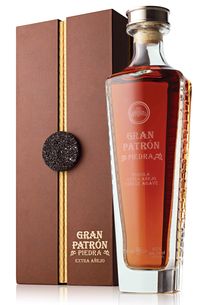 Gran Patrón Piedra  is aged for more than three years in new American and French oak barrels. In addition to extra añejo ageing, Gran Patrón Piedra is also distinguished by its “Tahona” production process, a time consuming and ancient method for creating tequila. To produce this tequila, the steam-cooked agave is slowly crushed with a two-ton volcanic stone wheel called a Tahona. The resulting juice is then fermented and distilled along with the agave fiber. Piedra, which means “stone” in Spanish, is created entirely from the traditional Tahona process – one of very few tequilas that is still produced in this age-old way.

Mezcal Vago has announced distribution in California with The Henry Wine Group. Six specialty spirits from Mezcal Vago are now available through The Henry Wine Group: Espadin, Elote, Cuixe, Mexicano, Tobalá en Barro, and Ensamble en Barro. Each bottle reveals its content with a label containing all the information a connoisseur needs to know: who made it, what pueblo, what agave, details in the process, size of batch and more.

Based in the mountains of southern Oaxaca, Mezcal Vago seeks out small batch mezcaleros. 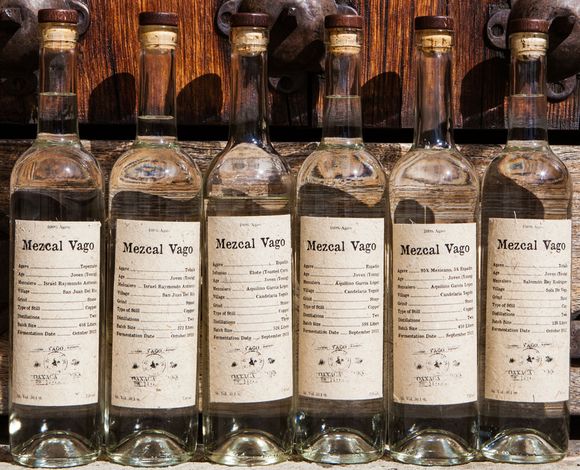 Mezcal Vago is currently distributed in:

Dylan Sloan and Judah Kuper, two longtime friends who have been exploring Mexico and enjoying mezcal for many years, are the cofounders of Mezcal Vago. Judah lives in Oaxaca, Mexico and married into a family of fifth generation Mezcaleros living in the southern mountains. The success and enthusiastic feedback he received while selling the family’s mezcal at his beachside bar on the southern coast of Mexico, inspired he and his partner Dylan Sloan to bring this special mezcal to the world. Dylan lives in Telluride Colorado and has worked in the bar and restaurant business for nearly twenty years.

•             Detailed information about the production, agaves and regions are highlighted on the front label

Espadin - Aquilino Garcia Lopez - Aquilino’s family has been making mezcal for more generations than they can remember. He cultivates his Espadin in the hills above his palenque in the small village of Candelaria Yegolé, located on the border of the Central Valley and the Sierra Sur regions of Oaxaca. Yegolé is an arid region of Oaxaca yet sits on the confluence of two rivers. The dry environment coupled with ample fresh water make it the ideal location for making mezcal. Espadín is the genetic mother of Blue Weber Agave and used in the vast majority of mezcals.

Elote - Aquilino Garcia Lopez - Between the normal second and an extra third distillation of our Mezcal Espadin, Aquilino naturally infuses the batch with roasted corn grown from his farm. The result is mezcal with a flavor that is truly the essence of Mexico. This recipe was created by Aquilino’s family and is available exclusively through Mezcal Vago. Elote is totally unique to the mezcal market.

Mexicano - Aquilino Garcia Lopez - Candelaria Yegolé has a hot and dry climate. It sits at an elevation of around 1100 meters where two rivers converge in a narrow valley. The smaller river "Rio Chico" is a tributary that feeds into "Rio Quechapa". The Soil is mineral rich and favorable for growing agave with high sugar content. Agave Mexicano is a semi-wild, uncommon type of agave. Aquilino hand selects each piña for its maturity and quality.

Cuixe - Aquilino Garcia Lopez - Cuixe is a wild growing sub variety of Agave Karwinskii that is indigenous to only a small area of Oaxaca and must be brought down the mountain a few piñas at a time by burro. Aquilino carefully selects only the ripest Cuixe for use in this unique mezcal. He uses about 10% Espadín to bring out the sweetness but not change the flavor.

Tobalá en Barro - Salomon Rey Rodriguez - Tio Rey crafts his mezcal in Sola De Vega, a region famous for its use of olla de barro (clay pots) for distillation. He uses the traditional method of hand mashing the cooked agave and a century old fermentation vat, carved by his grandfather in one piece out of the heart of a single tree. Tobalá, the most sacred and respected agave, is told of in tales and sung about in songs. Tobalá is the most prized agave for distilling mezcal. Tio Rey harvests his Tobalá at 17 years maturity.

Ensamble en Barro - Salomon Rey Rodriguez - Tio Rey’s palenque sits on a fertile hill near a fresh mountain spring. Each unique blend of agaves he creates will have a different flavor. The blends include various amounts of Espadin, Mexicano, Coyote, Arroqueño and Sierra Negra. Each batch will be clearly labeled as to its content so we might learn a thing or two from this master. 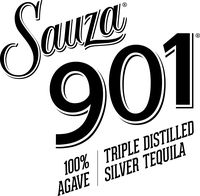 Sauza Tequila and Justin Timberlake have joined forces to launch Sauza 901 super premium tequila. The brand is named for the time when the night gets interesting and a nod to Justin Timberlake’s hometown area code in Memphis, Tennessee. Sauza 901 is a triple distilled 100 percent agave tequila.

Sauza 901 will be available in select markets in early 2014 for a suggested retail price of $29.99. The 80-proof 750ml bottle will feature new co-branded packaging and will be rolled out in select international markets, as well.