A Visit to the Kilbeggan Distillery in Ireland

A while back I visited the Kilbeggan Distillery in the middle of Ireland. Kilbeggan is in partnership with the Cooley distillery, a much larger one (without a visitors' center) that was once independent but is now owned by Jim Beam. They make not only Kilbeggan Irish whiskey, but also Tyrconnell, Greenore, and Connemara. 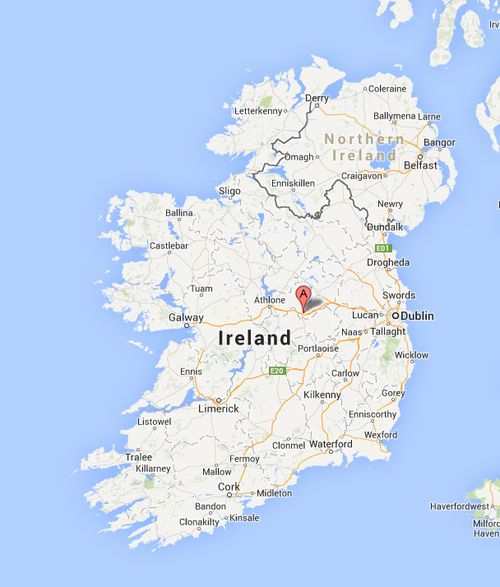 The distillery dates back to 1757 and they claim it is the oldest licensed distillery in Ireland. You'll note that Bushmills claims they were founded in 1604 but Kilbeggan disputes that. 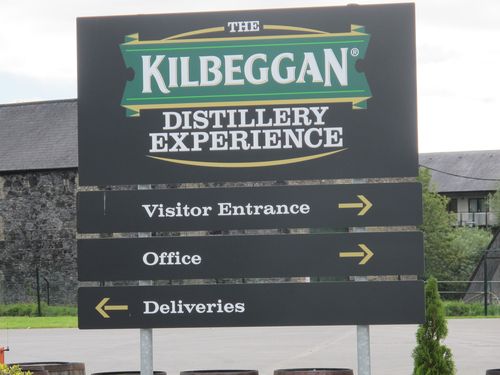 While today Kilbeggan is a working distillery, the stuff that is working is a tiny part of the overall distillery, and most of what you see on the visit is a somewhat-working display. That said, it's a really, really cool display.

Most of what one sees- the huge gears and equipment- dates back to the the 1860s to 1880s. It's all wonderfully steampunk.

The distillery is situated near a small stream where they pulled their water and powered the operations. The water powered the water wheel which powered the millstones that ground the grains that were used as the raw material for distillation. They also used the stream to cool liquids by running pipes through it. 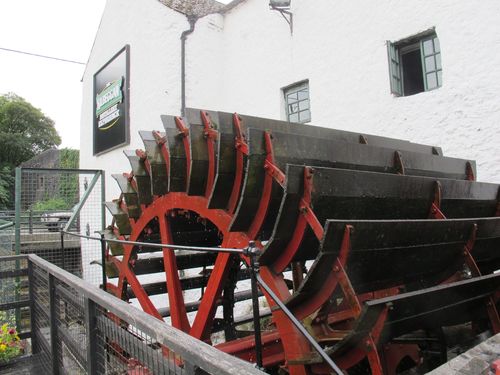 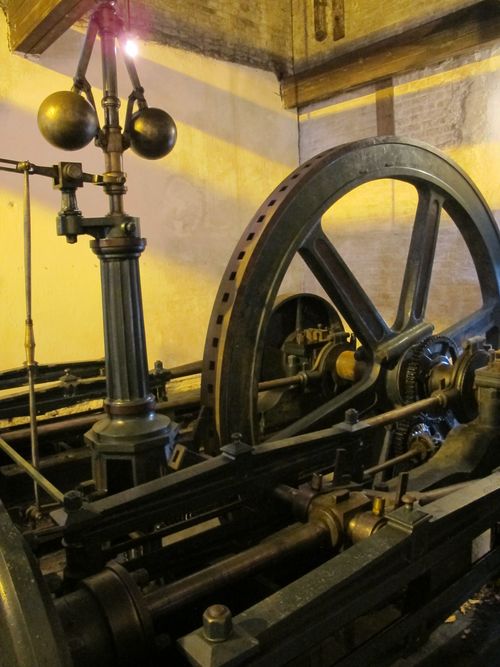 The old stills are nearly round in shape and though they're exposed to the elements now, they used to be indoors. They triple distilled the spirit here in the olden days, as is traditional for Irish whiskey. They also have original Coffey stills on display which were used to make column-distilled spirit. 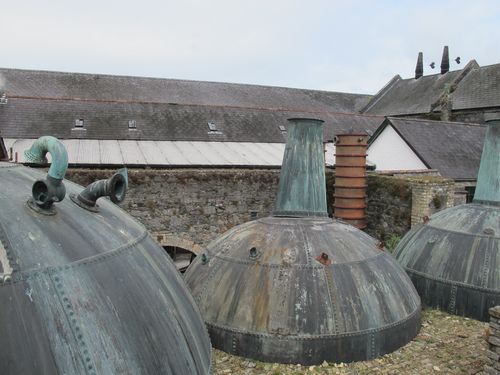 According to my host John Cashman, Ireland stopped using peat when they could import coal by train, around the 1940s.

The strange bulbous building is an old warehouse that they now use primarily for dumping casks before transporting it to Cooley for bottling. In the warehouse they have a few special barrels including one that was laid down in honor of President Obama's election, and another one specifically for the band Mumford & Sons. 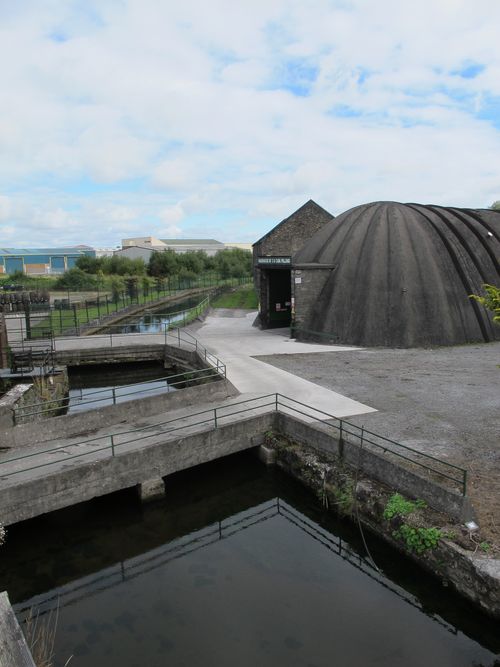 They are distilling at Kilbeggan, just in a small section with two tiny stills. They use a course grind of barley (because they use old wooden wash tubs that can't handle smaller grains) and ferment it for about 3 days until it reaches 6-8% ABV. They then distill it twice in tiny stills, first up to 20-22% then up to 68-70% ABV.

The still for the second distillation is actually the oldest working pot still in the world, according to Cashman. It comes from the old Tullamore distillery. (Part of the reason it has survived so long is that for a good while it was only used to distill water.) 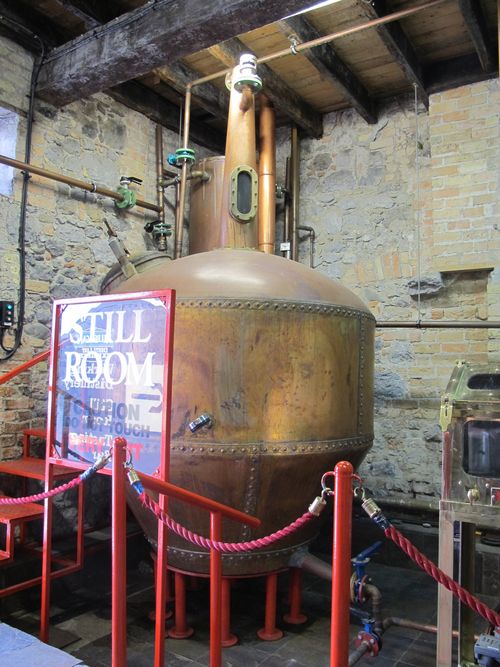 During a tasting of the product range, Cashman made an interesting claim: "The smoothness of Irish whiskey is not due to triple distillation but it's due to our climate. It is the lack of extreme (temperature fluctuations) that allows Irish whiskey to age at a mild and mellow pace."

I got to try the range of whiskies made at Kilbeggan and/or Cooley: 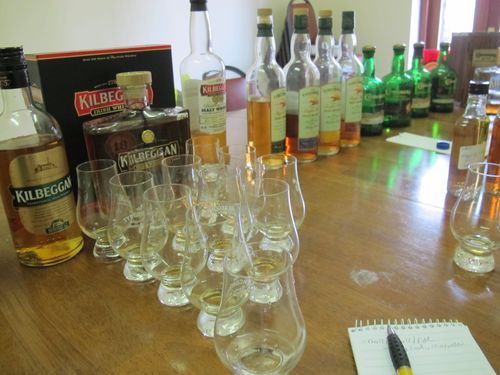 Kilbeggan is one of the coolest looking distilleries I've visited, somewhere in technology between the amazing wooden gristmill of George Washington's distillery at Mount Vernon and the rhum agricole distilleries of Martinique with their huge working gears. It's defnitely worth a visit if you're driving across Ireland.