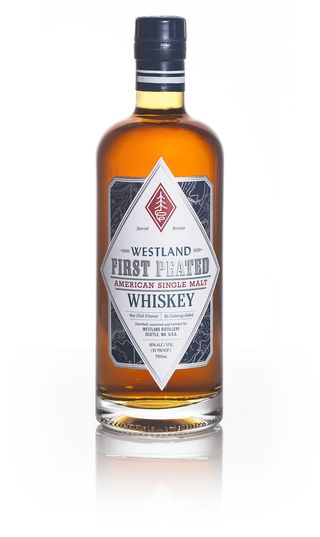 First Peated began as a mash of two separate malts that was distilled in Seattle by Westland then matured in charred new American oak casks. The first malt was a heavily peated barley malt. The second was a Washington Select pale malt.

Only 700 bottles of First Peated were produced. It will be available at the distillery and also allocated to bars and retailers throughout the Seattle area.