A ton of new whiskies have come out in the past three weeks. Here they are: 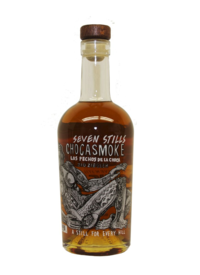 The First in the Seven Hills Series by Seven Stills is Chocasmoke Whiskey.

The product is distilled from a chocolate oatmeal stout. It was brewed the wash at Mill Valley Beerworks and distilled at Stillwater Distillery in a 500 gallon Vendome copper pot still. It was aged 6 months in new charred American Oak barrels.

Chocasmoke is the first release in the Seven Hills series, an ode to Twin Peaks, where the Seven Hills concept was born and recipe testing began. Only 400 bottles of this first release were made They plan to eventually have seven whiskies, each named after one of San Francisco’s seven hills and dressed in a label featuring the work of a local artist.

Bottling strenght is 45%ABV, the SRP is $55. Chocasmoke will be available by order through Jug Shop but will generally only be available in CA. 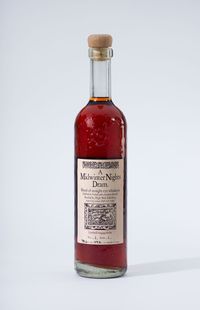 A Midwinter Night’s Dram joins 11 other High West spirits. Bottled at 98.6 proof and priced at $79.99 per bottle, it went on sale in the High West Saloon and General Store in downtown Park City on February 14, and in liquor stores nationwide in October in time for next Winter. 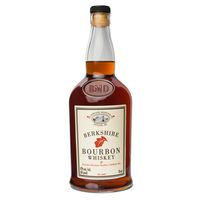 Berkshire Mountain Distillers has launched a unique collaboration with 10 craft brewers across the country. BMD owner and distiller, Chris Weld is finishing his Berkshire Bourbon in recently emptied beer barrels from participating brewers for a minimum of three months.

This limited-edition line of Berkshire Bourbon will remain at 43% ABV with an MSRP ranging form $42.99 to $60. Berkshire Bourbon is triple distilled and aged in charred virgin American white oak barrels. The mash bill contains corn sourced from a family farm located just three miles from the distillery.
PARTICIPATING BREWERS: 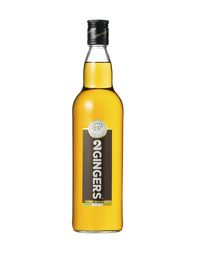 2 GINGERS Irish Whiskey from the Kilbeggan Distilling Co. is now officially available across the United States, expanding from limited Midwest markets one year ago to all 50 states this month.

2 GINGERS Founder and CEO Kieran Folliard, former owner of one of the country’s top-selling Irish whiskey pubs, originally created the whiskey and its signature cocktail, the BIG GINGER. The blended whiskey is aged 4 years and double-distilled.

Beam Inc. acquired 2 GINGERS in December 2012, and since that time has rapidly expanded distribution.

For more information on 2 GINGERS Irish Whiskey, which sells at a suggested retail price of $19.99 for a 750ml bottle, please visit www.2GINGERSwhiskey.com.

Twenty-five years after the initial selection, Booker’s Bourbon Batch No. 2014-1 is taken from the center-cut of Booker’s favorite rack house, bottled at its natural proof, uncut, unfiltered and extra aged.

Available in select markets now and nationally in early March, Booker’s Bourbon Batch No. 2014-1 comes inside a commemorative wooden case and was selected with the following characteristics:
Proof: 121 – 130
Age: 9 – 11 years

Booker’s Bourbon 25th Anniversary Batch No. 2014-1 is available nationwide in March in limited quantities for a suggested price of $99.99 for a 750ml bottle.

A non-age statement Single Pot Still whiskey, Green Spot is comprised of pot still whiskey aged between seven and ten years, matured in a combination of new bourbon and sherry casks. Only 12,000 bottles of Green Spot are produced every year. 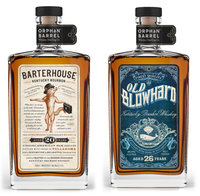 Diageo has launched the Orphan Barrel Whiskey Distilling Company – a new project determined to locate lost and forgotten barrels of whiskey from around the world and share them.

The first two variants to be released from the company will include the 20-year-old Barterhouse Whiskey and the 26-year-aged Old Blowhard Whiskey. Barterhouse Whiskey (SRP: $75) stocks were discovered in old warehouses at the famed Stitzel-Weller facility in Louisville, Ky.

Both whiskies are bottled in Tullahoma, Tenn., and are expected to begin appearing on select shelves throughout the U.S. in March 2014 under strict allocation.

Berkshire Bourbon is a tremendous purchase. I highly recommend the Berkshire bourbon that is aged in the Sam Adams casks (Limited). For the price range it's a hidden gem.