Out of the Limelight: Lime Shortage, Margarita Markups, and Lemon Garnishes

Today's post is written by Lou Bustamante. Lou is a contributor to publications including SF Weekly and Wine & Spirits. 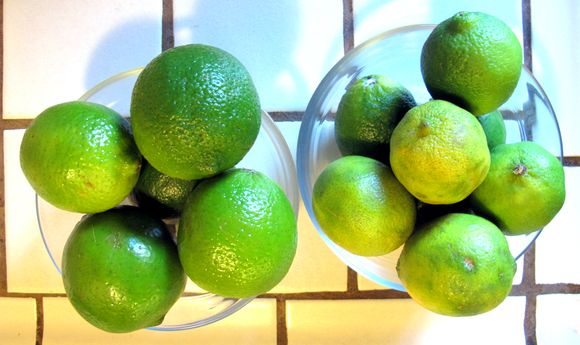 Just when the credo of fresh juice in cocktails has permeated every decent bar in America, a shortage of limes and immense spike in price is having some bar owners and managers worrying about the tough reality this poses: increase drink prices or find alternatives to fresh limes?

Even in Mexico, the issue is dire. According to CNN Mexico, prices in the country have spiked to almost 80 pesos ($6) a kilo, so its no surprise that prices here are bad. In a survey of friends across the country, prices have gone from a low of about $25 a case to the current market price of $135 a case.

This has hit bars hard.

“I never thought I’d be thinking this much about limes,” says Sarah Shaw, production manager for Future Bars (Bourbon & Branch, Rickhouse, Tradition; San Francisco). The spike in price has resulted in changes for the bar group, but so far no price increases. On the customer side, the only noticeable difference is a reduction or elimination of lime garnishes, and no more lime juice drinks being developed for the menus.

Writer Fred Yarm who tends bar at the Russell House Tavern (Cambridge, MA) has also seen the effect hit garnishes, and also have not effected drink prices yet.

Others are simply eliminating limes and lime drinks altogether like Alexeis Filipello (Dogwood, Oakland, CA). “I’m not playing that game,” says Filipello. “I hope Mexico has case upon case of rotten limes and the cartels are forced to sell drugs again instead of strong arming lime farmers,” she adds.

Which brings us to the cause of this issue. The problem breaks down to a couple of factors: bad weather in Colima destroyed a majority of the crop this year, but the biggest impact is certainly the dilemma that central Mexico has been facing with the drug cartels.

In the state of Michoacán where the majority of Mexican limes are grown, the Knights Templar cartel has been extorting money from farmers for protection for years, but this year, as the ruthless cartel started taking their land, desperate farmers started to fight back (CNN has a posted an enlightening video here). The violence and fighting have hindered harvest and export.

Read about four different causes of the lime shortage in this post. 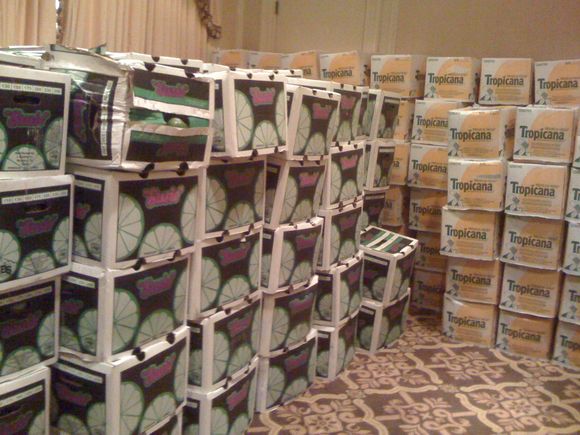 Needless to say Mexican restaurants are being hurt the most, with fresh lime juice margaritas the worst case senerio. Tacolicious, with four locations in the San Francisco Bay Area, estimates that they use about 150 cases of limes a week, hitting them with a $72,000 a month lime bill.

They are also offering a new “Margarita del Cartel” for $12.50 made entirely out of fresh lime juice - a $3 increase per drink. They have also penned a great explanation of the situation for their customers on this temporary change.

But there are other solutions to making due with the lime crisis, and some bartenders are using more acid phosphate and lactart in new drinks. Kinson Lau (Alchemist, San Francisco) is thinking about adding another one of these drinks on the menu. Darcy O’Neil, author of Fix the Pumps, points out that this was an issue in the era of soda fountains with limes in the off-season. Their solution was to use acid phosphate and lactart in those months in place of the citrus.

Bobby Heugel, owner of Anvil Bar & Refuge (Houston) suggests asking wholesale produce companies for "packers cases". “They're mixed sizes and usually come at a discounted price because they use the leftovers from size requirements of other case sizes,” says Heugel. “Our packer's cases were almost half the price of our standard sized order.”

But there is relief in sight. In Mexico this week people started seeing a 15% price drop as production from the states of Colima and Veracruz have started to come in. Lets hope we see it here too—perhaps we’ll have an even better reason to raise a margarita this Cinco de Mayo.

Now i wonder where our limes comes from, i think we get our limes from Brazil and the US.

I don`t see any price changes yet though, luckily bec i cannot do without fresh lime!

My limes are from Honduras and some other places, and I have not seen a price difference at all. Maybe that could be a solution?

Limepocalyse alert. It shakes my bartending world. Surely there's a lot of other alternatives and we can invent something but, using an actual lime is different.

Drug cartels! What a bunch of hogwash! Or just lazy sensationalist reporting? I live in Belize (just south of MX) and we have the same shortage here due to a record rainy season. I guess drug wars are more exciting than climate change.