This week a company Cosmic Lifestyle Corporation announced work on a new space program to make cocktails in space a reality. The idea isn't to cater to astronauts, but rather for the much delayed space tourism industry expected to launch this year.

We're not talking about sipping a drink Capri Sun style (prepackaged cocktails in a bag), but a stemmed drinking vessel that looks like a cocktail glass. Designed with grooves that hold the drink simply through surface tension rather than a physical barrier to keep it in the glass. The concept is based on the same kinds of principles as the coffee mug that astronaut Donald Pettit designed, except for cocktails.

The most notable aspect of the glass is the lack of base; you won’t have to worry about the drink spilling in space. Or being sideways. Or upsidedown. Instead of a base, there is a knobby round ball at the end of the stem. It secures to a base, but only for landing. 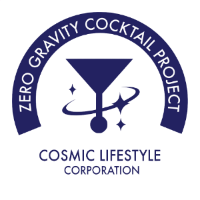 Rest assured, the team at Cosmic Lifestyle Corporation includes an actual bartender: Russell “Space Cowboy” Davis whose skills at blowing fire and mixing drinks seemed destined for interstellar travel. This also means that drinks will be as delicious as the challenges of space and space travel allow for. It’s a whole new world of cosmic bartending.

The other members of the team include current board member of the Space Tourism Society Samuel Coniglio, Hollywood special effects designer and fabricator Brent Heyning, CFO for the Space Frontier Foundation and space entrepreneur Paul Fuller, and award-winning roboticist and toy designer Nick Donaldson.

If you’ve ever seen that video that Stoli posted where their mixologist mixes up a Moonwalk cocktail in zero gravity, you quickly realize that a shaker in space is not going to work. The Cosmic Lifestyle Corporation is also constructing a machine that mixes the cocktails, called Drinkbot, since the use of shakers with ice to chill and mix liquid depend on gravity to work. Hopefully, blowing fire will be programmed into Drinkbot version 2.0. 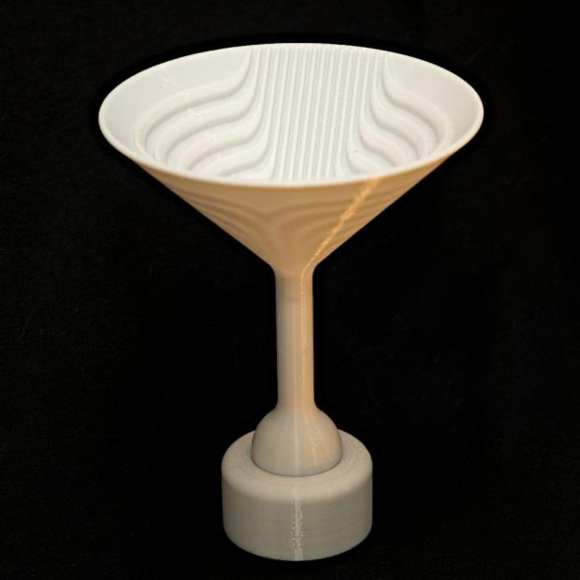 Zero Gravity Cocktail Glass- Prototype and holder (real pics from a studio, not a graphic). Liquids injected through stem at base. Grooves and edges on inside hold surface tension of liquids.

This post was written by Lou Bustamante. Lou is a contributor to publications including the SF Chronicle, SF Weekly and Wine & Spirits.

What a commendable work you have done, with simplest of language. I can’t resist myself to leave a comment and trust me it’s hard to impress me..