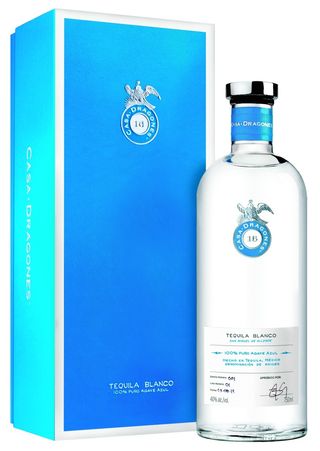 Casa Dragones Blanco was initially launched in Mexico on March 20 and will be previewed in select U.S. markets beginning in May 2014.

Tequila Casa Dragones produces no more than 400 cases at a time.

The agaves for Tequila Casa Dragones Blanco are harvested 1,200 meters above sea level within the Eje Volcanico Transversal (Trans-Mexican Volcanic belt) in Tequila, Jalisco. The dark volcanic soil is rich with minerals such as potassium, phosphorus and silicium.

The water used to produce Tequila Casa Dragones Blanco is spring water that originates from the Volcano of Tequila, in the Trans-Mexican Volcanic Belt. As it travels from atop the volcano into the 70-meter deep natural aquifers or underground wells, the water gathers essential minerals from the volcano’s rich soil.